Amazon will create more than 10,000 new jobs in the UK and launch a £10million programme to help employees gain new skills, the online giant announced.

The new jobs will include roles at its corporate offices, Amazon Web Services (AWS) and its operations network.

Its work force is set to grow to 55,000 by the end of the year – with the new editions based in areas including London, Manchester, Edinburgh, and Cambridge.

Meanwhile, the firm’s latest teaching programme will train up to 5,000 staff ‘to meet the UK’s future employment needs outside Amazon’, the firm said.

Employees will have 95 per cent of their course fees funded through Amazon’s Career Choice scheme, in partnership with the British Chambers of Commerce (BCC).

Amazon hopes the programme – which covers up to £8,000 over four years – will ‘boost the skills and employability of British workers’.

Amazon will create more than 10,000 jobs in the UK to boost the British economy post-Covid (file image)

The accredited courses covered under Amazon’s scheme range from accountancy to HGV drivers and software developers, the statement said.

Practical work experience and mentoring will also be offered, alongside classroom-based learning.

Amazon and the BCC will also identify local skill shortages in different parts of the UK to make sure training fits the specific needs of certain areas.

The corporate roles on offer – which will be based in London, Manchester, Edinburgh, and Cambridge offices – under Amazon’s hiring drive cover a wide range of fields.

The company will also open a parcel centre in Doncaster and new fulfilment centres in Dartford, Gateshead, and Swindon that will each create more than 1,300 permanent jobs later this year.

New jobs will also be created in web services and operations networks. 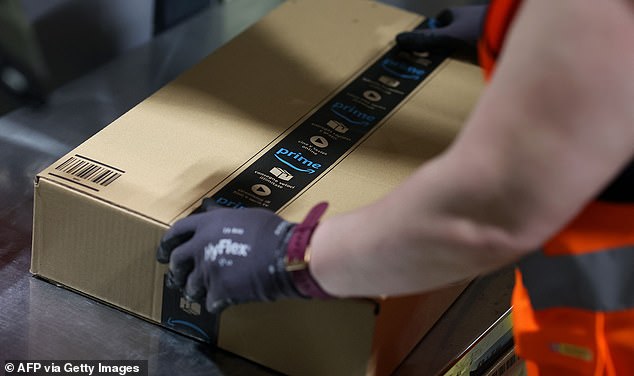 The new jobs will include roles at its corporate offices, Amazon Web Services (AWS) and its operations network, the online giant revealed in a statement (file image)

‘We’re also delighted to be working with the British Chambers of Commerce on a pioneering approach to our Career Choice programme to provide the training, and skilled workers, needed to boost local economies right across the country.

‘We’re proud of the front-line roles we offer across Amazon, and we also know that they will be a stepping stone for some in their career journey.’

Business Secretary Kwasi Kwarteng said: ‘Amazon’s announcement is fantastic news and a huge vote of confidence in the British economy, helping us deliver on our commitment to level up across the UK with a whopping 10,000 new permanent jobs.

‘As we build back better from the pandemic, this is a prime investment in our retail sector.

‘Over the past year, Amazon’s workforce have pulled out all the stops to ensure consumers have had safe access to goods during this challenging time. 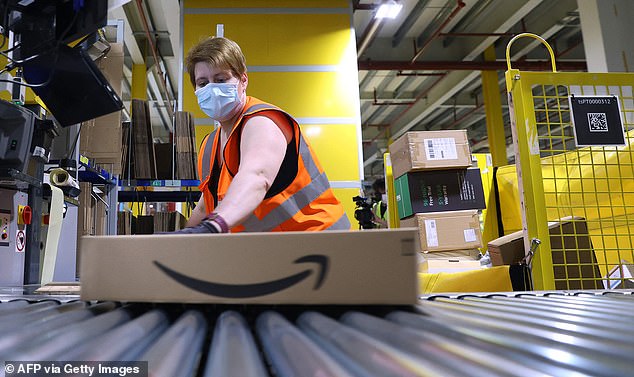 ‘Their latest investment will open up a wide range of opportunities for even more workers, helping to develop the skills needed to power tomorrow’s economy.’

Shevaun Haviland, director general of the British Chambers of Commerce, said: ‘This is a great initiative that will not only help Amazon but also provide a much wider benefit to the community, while showcasing how business can be a force for good.

‘Providing staff with training to plug the skills gaps that exist within the local business community is going to be a key driver to increasing productivity and boosting the economy as the UK recovers from the pandemic.’

Earlier this month, furious locals have slammed developers behind a massive warehouse development – part occupied by Amazon and Kellogg’s – after it failed to deliver on the 5,000 jobs promised.

Critics of Florida Farm in Haydock claim the site has created less than 10 per cent of the new employment opportunities touted by developers.

They say the development, which is home to an Amazon ‘sortation’ centre, is bringing hundreds of lorries past their home each day.

And they claim drivers are using the grass areas around the site as a public toilet – including chucking out bottles of urine from their vehicles.