HALF of American’s expect to see an increase in violence as a result of the presidential election a new poll has found.

The study raises the spectre of a second civil war in the United States amid warnings extremists are more willing to resort to violence. 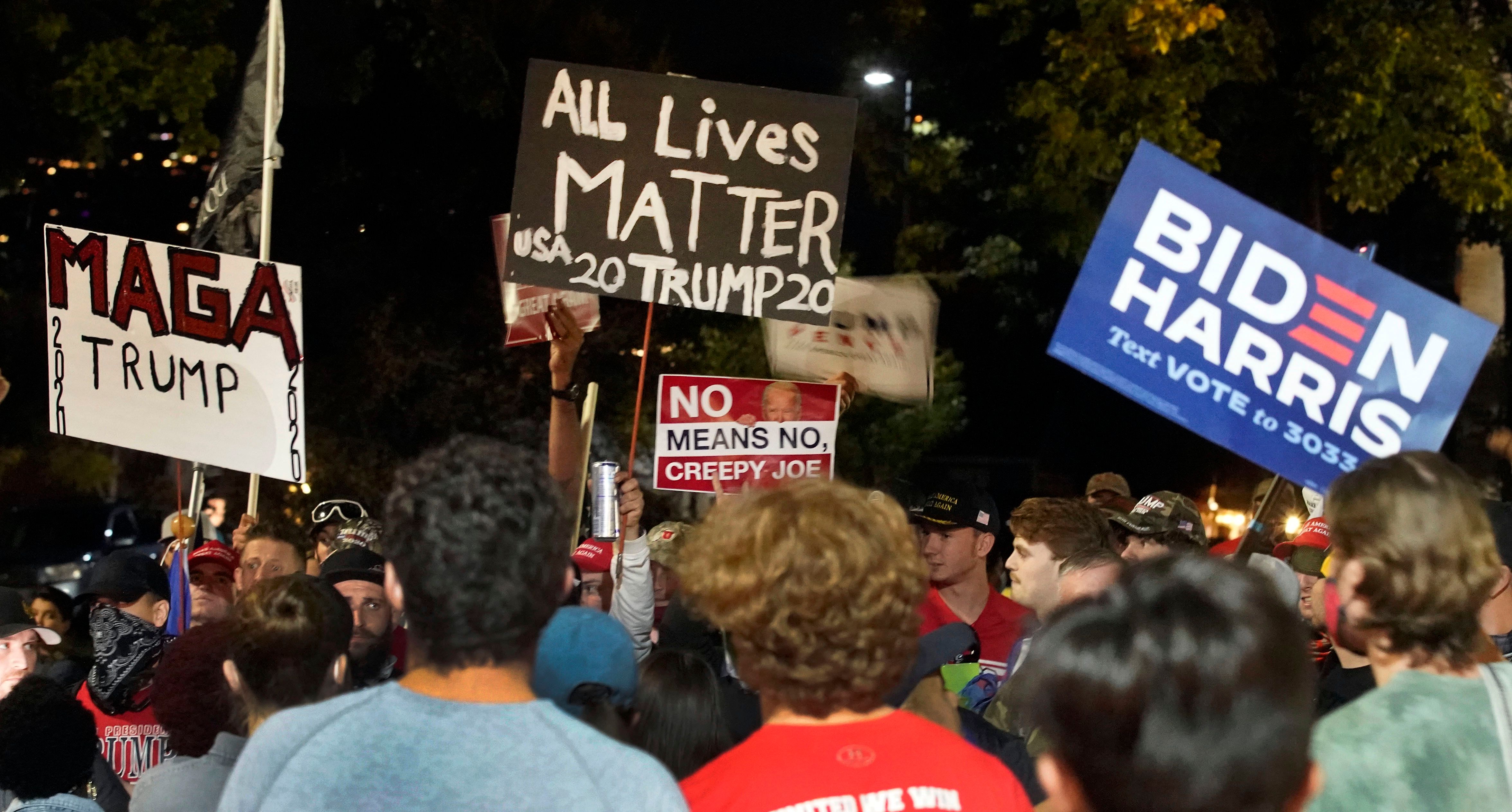 The YouGov poll’s troubling findings some amid political turmoil in the United States in the wake of the Black Lives Matter protests, following the death of George Floyd in May.

They have been joined by the hard-left Antifa group, who have burned American flags and battled with cops.

The protests have often descended into violence and have seen far-right organizations such as the Proud Boys stage counter demonstrations in places such as Portland, Oregon and Kenosha.

Fears have been raised that this already smouldering conflict could explode into full scale violence should Donald Trump refuses to accept the result of the November 3 poll and opponents and rivals take to the streets.

The YouGov poll shows that many Americans share the fears of violence with 56 per cent saying they expect to see "an increase in violence as a result of the election”, USA Today reports.

The poll of 1,999 registered voters found that under a half – 47 per cent – disagree with the idea that the election "is likely to be fair and honest". 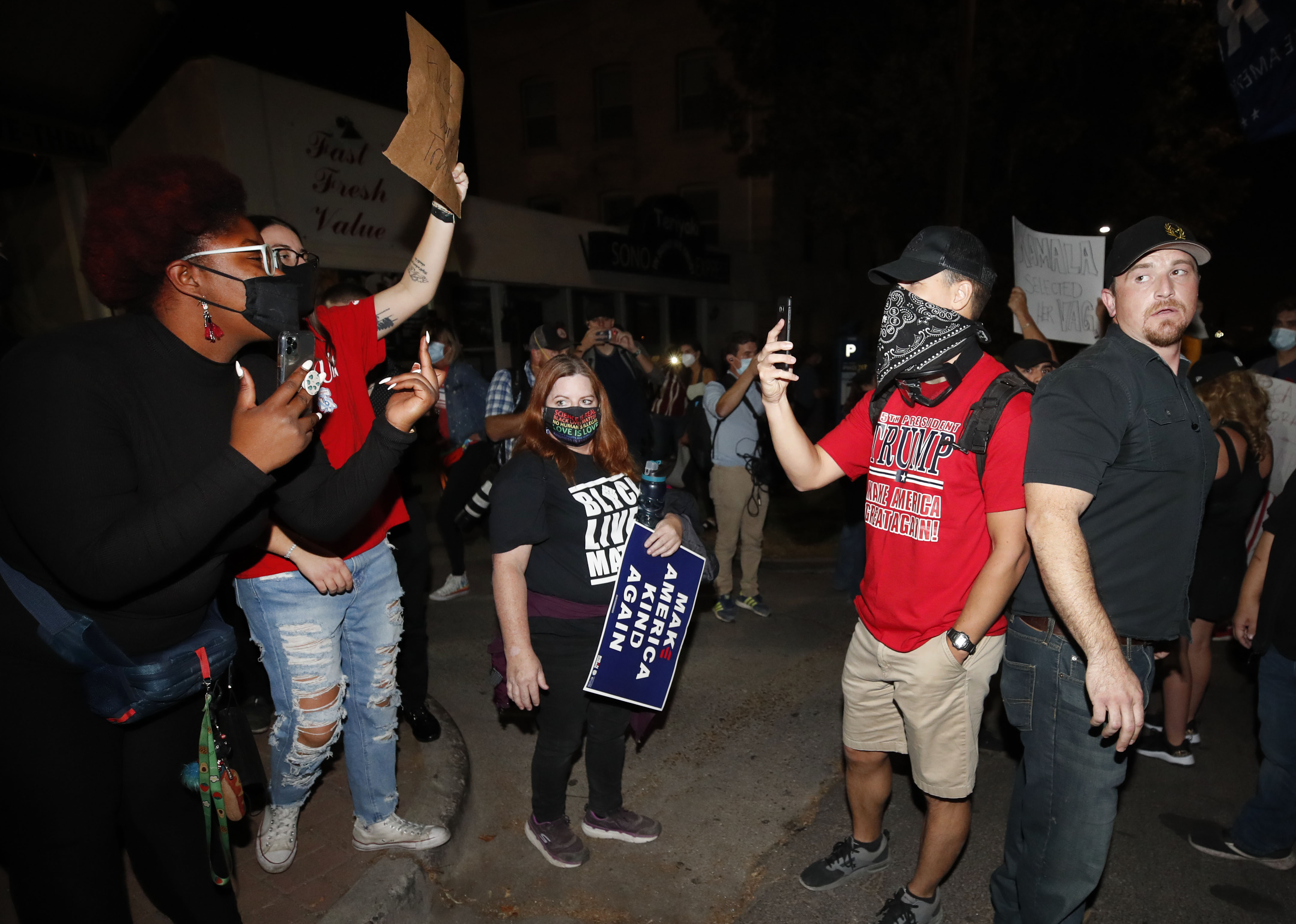 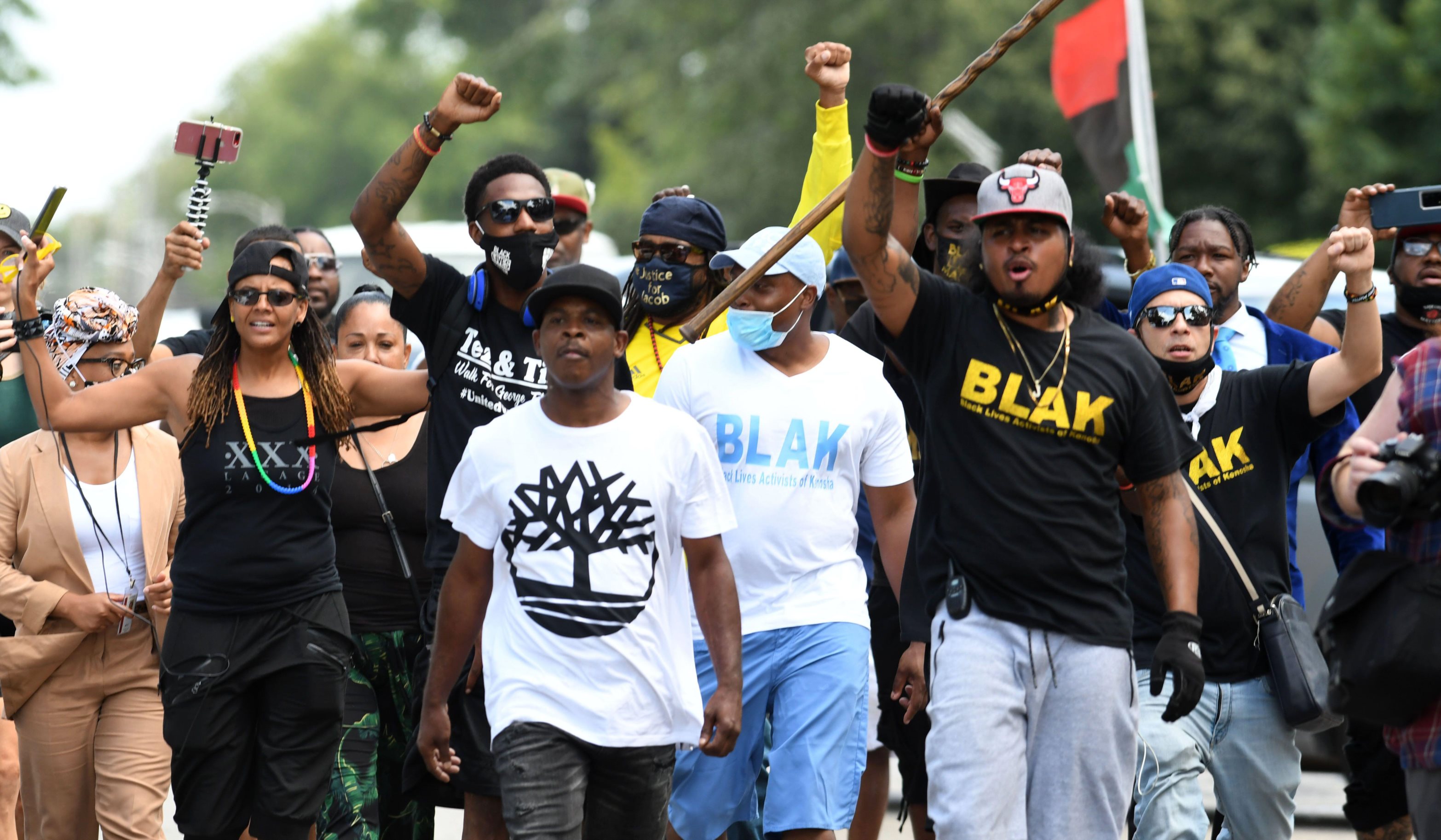 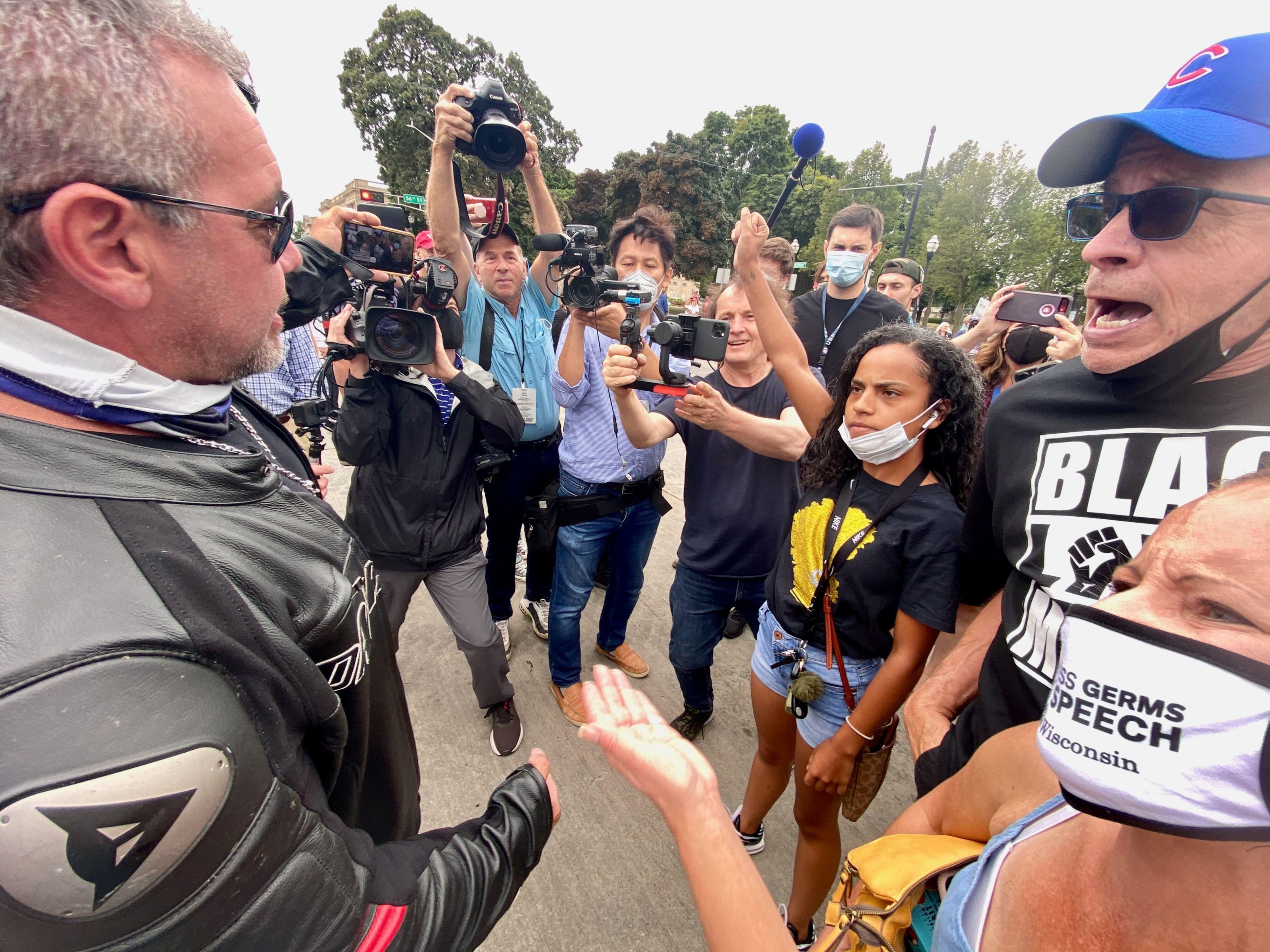 Slightly more than half – 51 per cent – won't "generally agree on who is the legitimately elected president of the United States."

“This is the single most frightening poll result I’ve ever been associated with,” said Rich Thau, president of Engagious, one of the three firms, along with the Sports and Leisure Research Group and ROKK Solutions, that sponsored the survey.

"And an unwillingness of political elites to condemn this. … People are girding themselves for something awful to happen.”

One aspect of the election that could be a flashpoint is if Trump appears to have won on the night and declares victory before all the postal votes are able to be counted.

According to Hawkfish, a Democratic data and analytics firm, Trump will appear to have won by a landslide on election night.

CEO Josh Mendelsohn recently told Axios that votes coming in on could very well show that Trump won re-election, but described it as a “red mirage.”

The President recently said his administration will "crush any riots" that might unfold if he's declared the winner of the presidential election.

Alex Theodoridis, an associate professor of political science at the University of Massachusetts-Amherst, has studied the country's growing divide

"My research, and work by others, shows that most partisans are willing to metaphorically dehumanize those from the other party and that this dehumanization predicts greater tolerance for partisan violence,” he said.