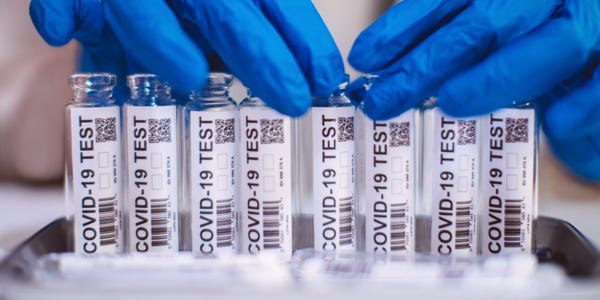 An Arizona family forced to close their catering business at the start of the pandemic has since lost eight relatives to COVID-19.

Ricardo Aguirre spoke to CNN about his relatives and their food truck and catering company, Tamales y Tacos Puebla, which lost all of its business as the virus spread across the US.

He said he felt the effects of COVID-19 shutdowns almost immediately when businesses were temporarily closed in March.

Aguirre applied for small business loans to help his company survive, but was never approved. He has also lost his contract with the kitchen he used to cook for, according to KNXV-TV.

"My checking account went negative," he told CNN. "It was just like, literally a matter of seconds, when I started seeing my livelihood go away."

On May 1, a relative tested positive for COVID-19 and it spread across his family.

He told CNN that alongside extended family members, his wife, parents, and two of his sons tested positive for the virus.

"It was very hard because we did everything together," Aguirre told CNN of his father's death. "Forty-two years of being by his side."

Aguirre's mother is still in the hospital.

He told CNN the family doesn't have health insurance, and after his father's September death, Aguirre turned a GoFundMe account initially launched to help his business into a fundraiser for medical bills and funeral costs.

Meanwhile, Aguirre and his wife are expecting a baby in November, and plan to name her after her grandparents.

"We've been dealt a bad hand, but I know there's something else coming," he said.