Now that’s an INDIAN summer! Three-day 86F mini-heatwave will make Britain hotter than Goa today – but heavens are set to open by Thursday

Britain is gearing up for another scorcher today as temperatures are set to surge to 86F (30C) as the roasting start to September continues.

Parts of the country will bask in the baking weather for three days until Thursday before thunderstorms and rain take over.

The Met Office said some areas were edging close to recording an official heatwave as children went back to school this week.

In Wales, the highest temperature was 81F (27.1C) at Usk in Monmouthshire, while the mercury reached 75F (24C) at Fyvie Castle in Scotland’s Aberdeenshire and 71.5F (22.2C) at Ballywatticock in Northern Ireland.

It is understood the fall-out from Hurricane Ida – which has torn across southern states in the US – has forced a change in the UK after weeks of dull grey skies and rain caused by high pressure.

Ida sent warm, humid air into the North Atlantic, which meteorologists said can have the effect of pepping up weather systems already in place. 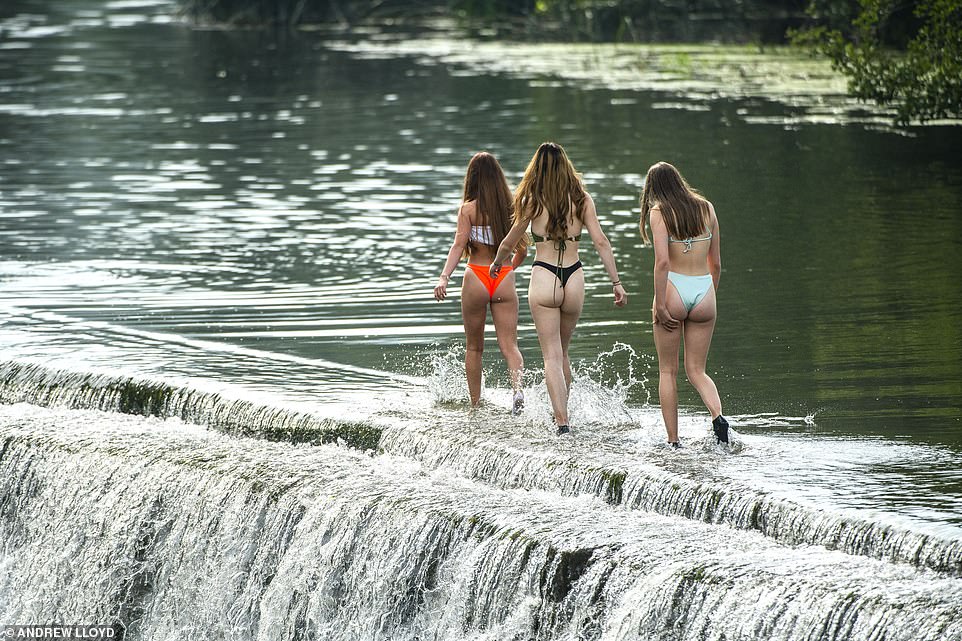 Parts of the country will bask in the baking weather for three days until Thursday before thunderstorms and rain take over. Pictured: Warleigh Weir on the River Avon near Bath in Somerset yesterday 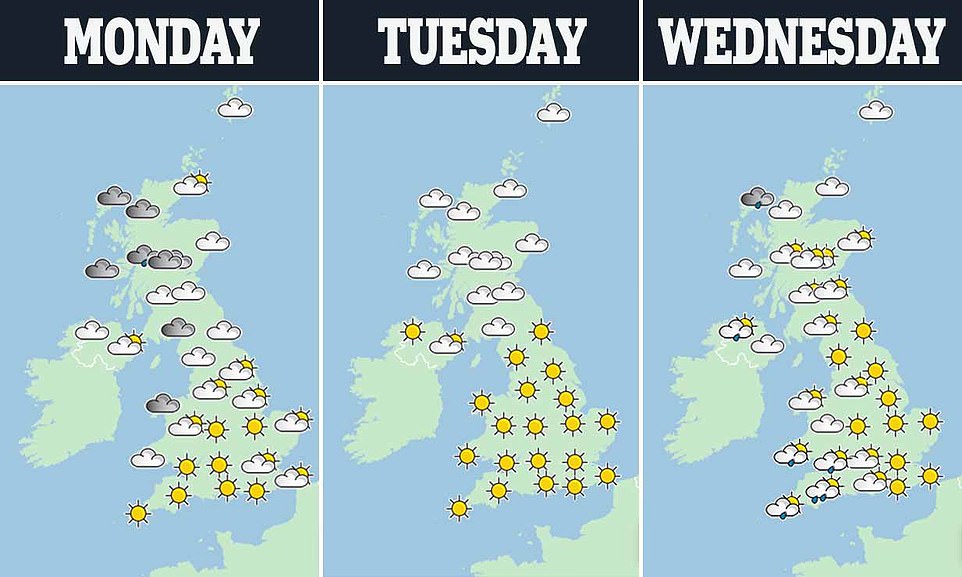 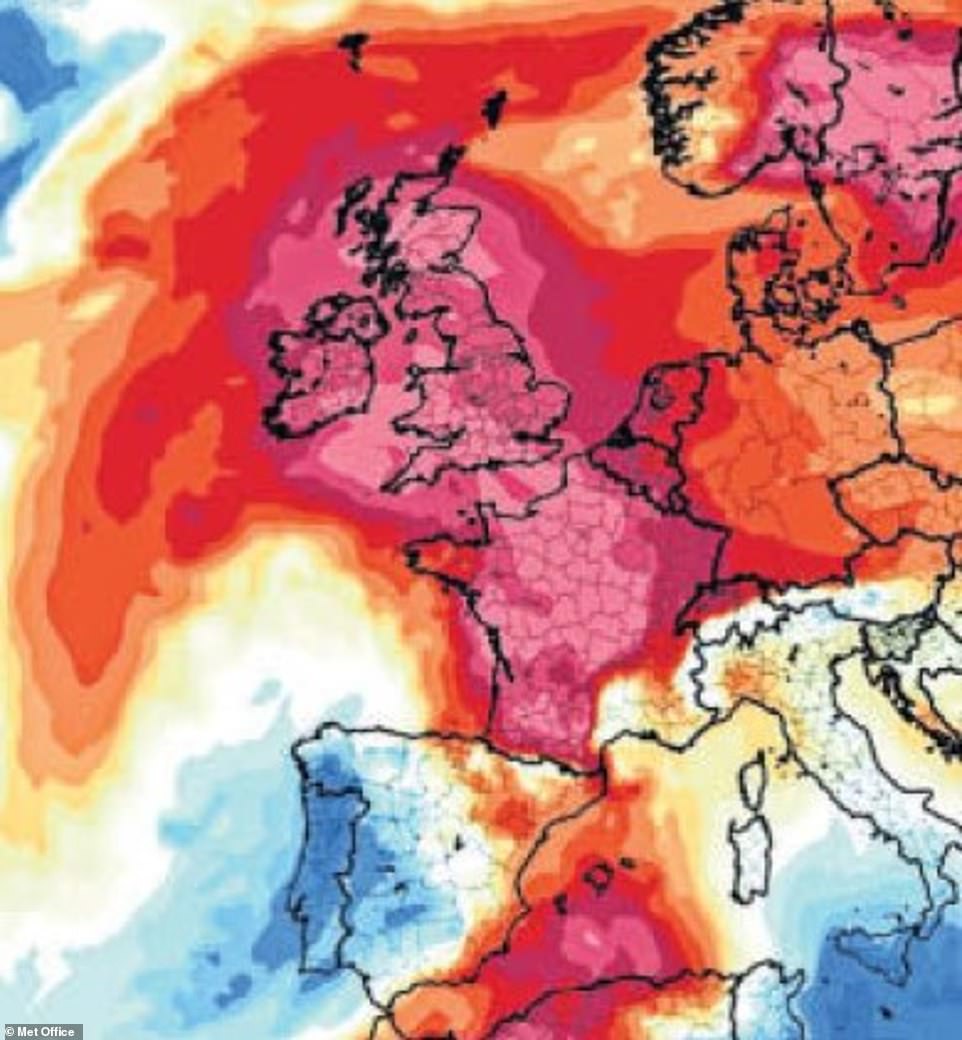 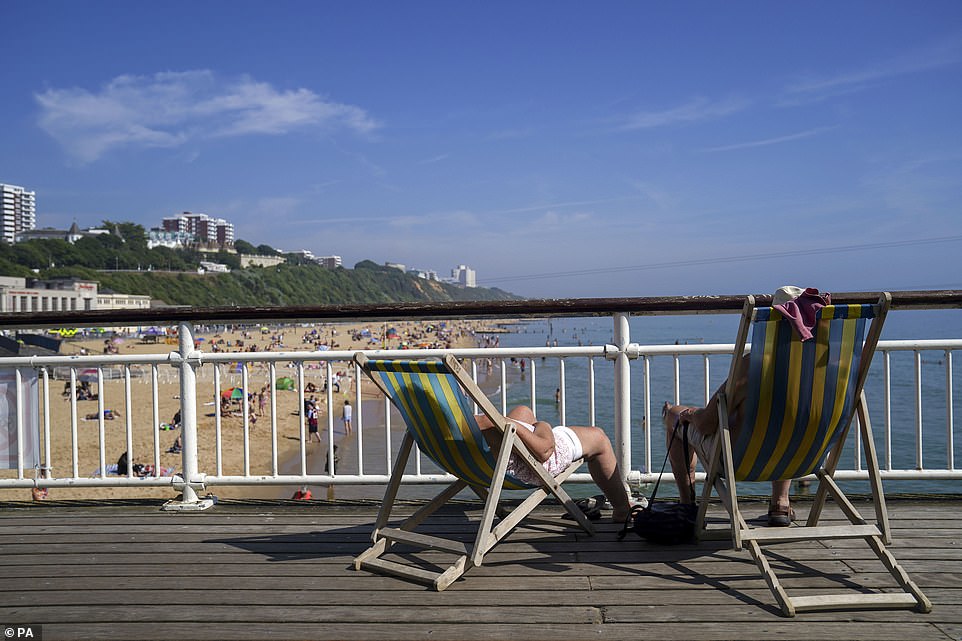 Greg Dewhurst, a Met Office meteorologist, said central and eastern England were the likely areas that could experience a maximum of 86F (30C) on Tuesday.

More widely across England and Wales, conditions will be in the mid-to-high 20s, while Scotland and Northern Ireland could see temperatures around 75F (24C) to 77F (25C).

Mr Dewhurst said low pressure moving in from the south west on Wednesday make it ‘less hot’ in parts of Wales and Northern Ireland, but ‘hot air’ will remain in central and eastern England and Scotland, bringing highs of 79F (26C) to 84F (29C). Temperatures will fall later in the week, with an increased risk of some heavy showers.

Mr Dewhurst said central and eastern parts of England were ‘most likely’ to record an official heatwave across Monday to Wednesday, but will only ‘just about make it’.

A location meets the UK heatwave threshold when it records a period of at least three consecutive days of daily maximum temperature levels meeting or exceeding thresholds which vary across the country.

‘We often get a warmer spell particularly early on in September,’ Mr Dewhurst said, adding: ‘August was particularly cool… and cloudy, so this spell is the warmest spell of weather since July for the UK.’ 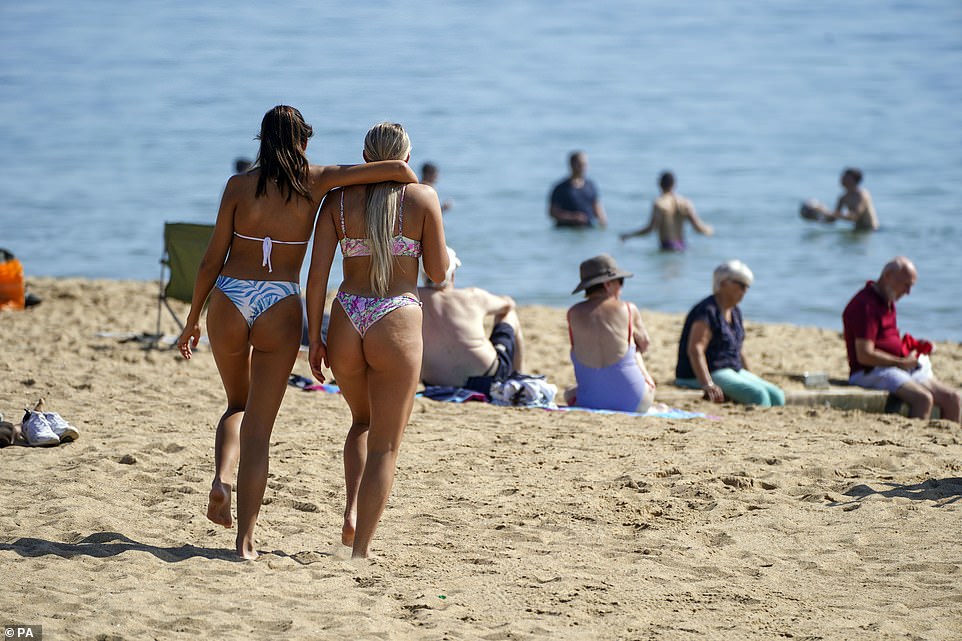 Britons, who have been deprived of long sunny spells this summer, descended on the nation’s outdoor spaces on Monday afternoon 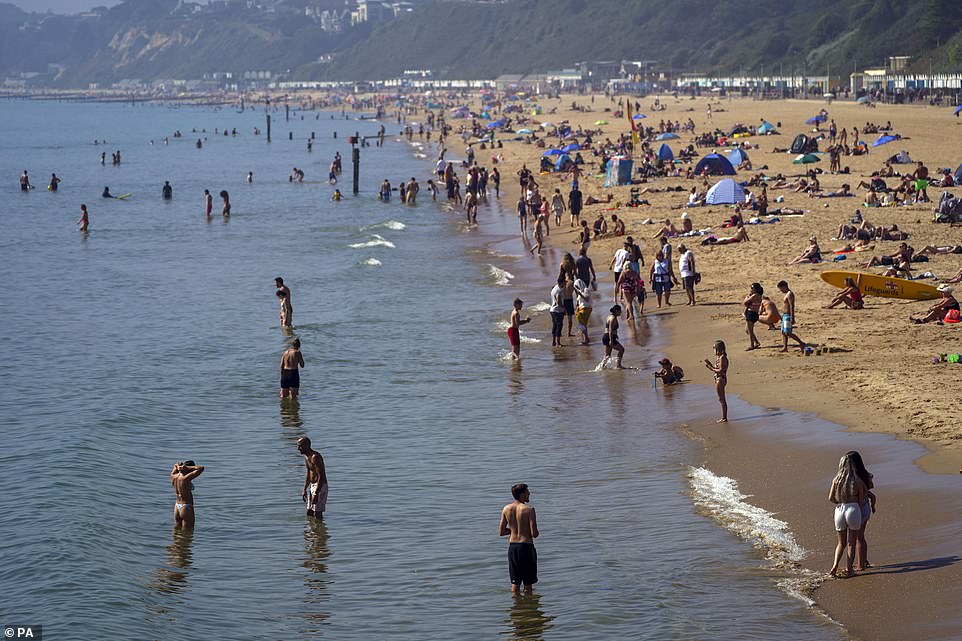 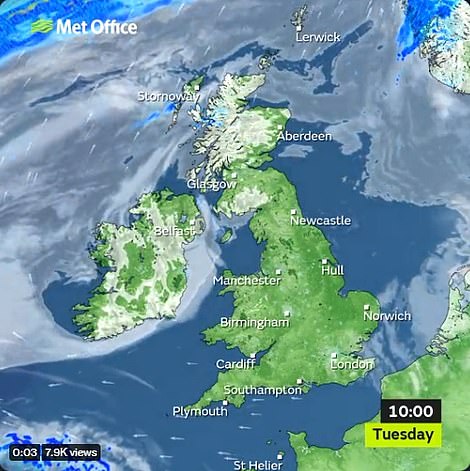 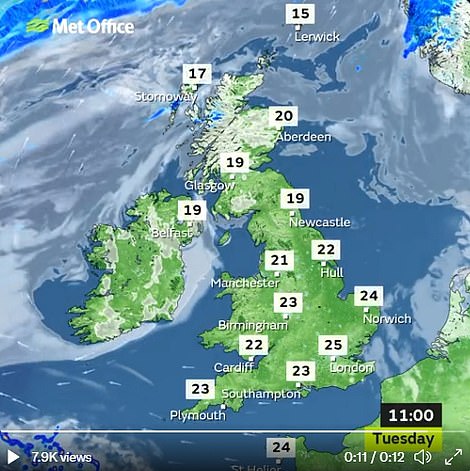 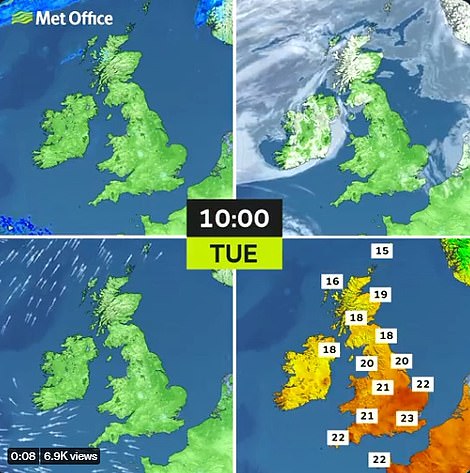 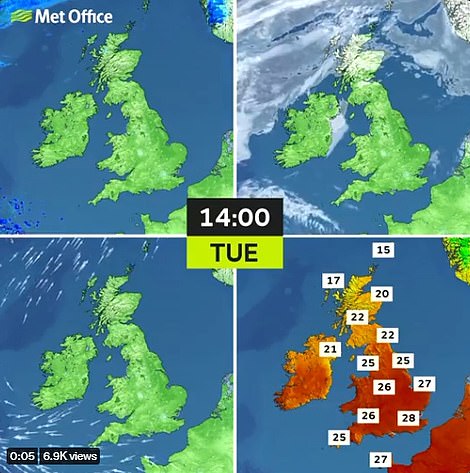 September has already beaten this August’s highest temperature of 81F (27.2C) in the UK, which last happened in 2016.

The current warm weather follows the official end of summer, from a meteorological point of view, which is considered to be August 31.

Yesterday Britons, who have been deprived of long sunny spells this summer, descended on the nation’s outdoor spaces in the heat.

Met Office spokesman Stephen Dixon said: ‘It’s not uncommon for the UK to get warm spells heading into early September.

‘There’s a chance of some areas reaching heatwave criteria, but that is fairly borderline and the breakdown that is happening on Wednesday will subdue the temperatures as well.

‘So it will be touch and go for some places whether a heatwave is officially in the forecast. Heading into Tuesday, that warmth spreads further north across the country, bringing a fine and dry day for most with that warm weather extending across the UK.’

The highest temperature recorded on Sunday was 80.8F at Wiggonholt, west Sussex, according to provisional data from the Met Office.

The warm weather follows the official end of summer, from a meteorological point of view, which is considered to be August 31.

The blast of heat comes after figures from the Met Office showed Southern England experienced its third dullest August since records began.

It is believed the fall-out from Hurricane Ida – which has torn across southern states in the US – will force a change in the UK after weeks of dull grey skies and rain caused by high pressure.