It was 2016 when the Paul Scully MPs each became aware of the other.

"I realised you existed one morning when I went to the gym and I wondered why my phone kept buzzing. Something had happened…and Twitter was just lighting up with references and I thought 'what have I done to be warranting this sort of response at 6am?'," says Paul Scully, the NSW Labor MP for Wollongong, south of Sydney.

Three years on, Paul Scully, the Conservative MP for Sutton and Cheam in South London can't recall what the Tories had done to provoke the wrath his Australian namesake copped on his behalf but it was the start of an unlikely friendship that not only spans continents but political parties, at a time when polarisation has taken a firmer than usual grip on politics.

After years of bantering on Twitter, the two meet for the first time in London recently where Paul Scully was holidaying.

It is British Paul Scully's idea that they go to restaurant Scully, named after Ramael Scully the Malaysian-born, Sydney-raised chef who made his name in London under Yotam Ottolenghi, before going out on his own.

"This is a bit fancier than most lunches for me," says Australian Paul Scully as the steamed Masala chickpeas – a childhood favourite snack of chef Scully's arrives. 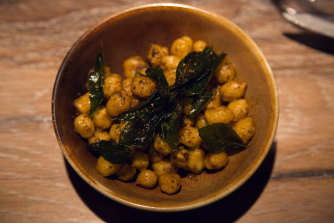 He has the good grace to laugh when I suggest that's not in keeping with what the voters of NSW have come to associate with the state Labor party, who provided in Ian MacDonald a minister so known for his penchant of fine dining he was dubbed "Sir Lunch-A-Lot."

"Don't think I do this every day," adds UK Paul Scully. As if to prove the point, the menu, offering achar, arepa, kaia, jicama, and knotroot appears to overwhelm and we all settle on the chef's tasting menu and a cloudly glass of unfiltered Czech Dobra Vinice Müller Thurgau wine, recommended by the staff.

It's a crisp accompaniment to the spice sensation chef Scully presents over the next two hours beginning with the achar – South Asian pickle – which arrives covered in sesame seeds and toasted peanuts which give a glorious crunch to the wet vegetable slices. 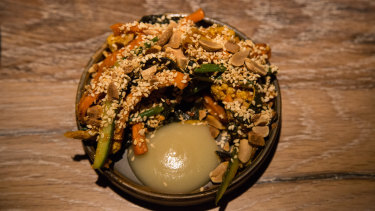 Australian Paul Scully made his political debut in late 2016, about 18 months after British Paul Scully was elected. He'd joined Twitter in 2008 under the handle @ScullyP when he'd never imagined joining the Commons leaving @PaulScullyMP free for his Australian counterpart to claim almost a decade later.

"I love it when [they say] 'can you sort out my bins?' [tweets]," begins UK Paul Scully. "Everytime I wake up in the morning there's someone having a moan about me and writes 'I think you meant Scully MP'," says Australian Paul Scully.

"I've always likened Paul to Professor John Lewis – there's that guy in America who is very patient [when the John Lewis Christmas ads] come out and he says 'I think you mean John Lewis the department store'," says UK Paul Scully.

"The funniest ones are the ones about the bins and the fox-hunting," agrees Australian Paul Scully.

The funniest ones are the ones about the bins and the fox-hunting.

"They're the most amusing ones and then you get the other ones from people who are genuinely advocating for things, there's some around disability support which I've got an interest in as well.

"And you think they've clearly just mixed us up so it's easier just to refer them on and say 'you've got the wrong person and best of luck.'"

Chef Scully sends out his next show-stopper – chargrilled broccoli with salted egg yolk that acts more of a sauce than as the dusting frequently applied to asian stirfrys. 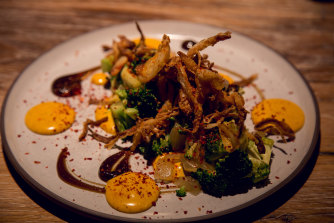 But despite being on the receiving end of years of social media abuse – some of it misdirected – both see its upsides and agree that it shouldn't be regulated, not least because any attempts to do so, would ultimately be futile.

What's most surprising about the two Paul Scullys is how much they agree on, despite being from rival parties from different continents. Twitter, for instance, they both dislike, but don't think it's darker features, like online abuse, should or could be curbed by government.

"[Social media] allowed us to meet each other," says Australian Paul Scully. "I wouldn't have known of your existence or you mine, there's no reason why we would ever have necessarily crossed paths," he said. 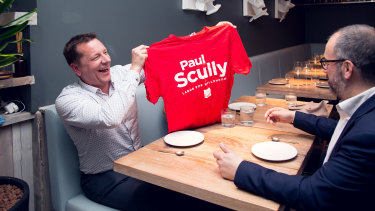 Wollongong’s Paul Scully (left) has brought along a T shirt for his UK namesake.Credit:Sydney Morning Herald

"We've talked a lot about, online abuse, but how do you do [curb] that? One thing that worries me about our governments, it doesn't matter what party, it's just the governments – they don't know how the internet works.

"Time and time again, and for the last few years its been our government, politicians still prove that they don't know how to deal with it."

"Oh we can just switch this off, or we can deal with that, no you can't, it's not the Wild West but if you're looking at a global connected system you need to deal with it globally, otherwise you end up like China, effectively which is not a good place to be."

But they also agree that social media has had detrimental effects on public debate and on two of the biggest issues in both countries – Brexit and climate change.

"In an environment where so many debates are undertaken through 280 characters on Twitter, nuance is difficult," says Australian Paul Scully.

"Saying 'Stop the Ban' or do this or do that, whether you can actually ever do it or not is an easy way to present yourself," he says to UK Paul Scully's agreement.

As the waiter brings the sea bream with its sauce containing 25 ingredients I wonder how the two Paul Scullys, with so much in common, ended up in competing parties? 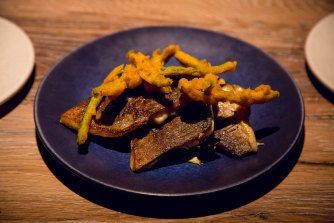 "For me it's about opportunity," says UK Paul Scully. "The Labour Party here tends to need people dependent on the state whereas I believe in individual freedom, having a safety net – able to help the disadvantaged but also to help them out of that situation."

"Opportunity but in a different perspective I guess," says Australian Paul Scully. "I'm an economist by background so I'm a little more right-wing than some of my colleagues but the idea that you should be able to go to work and have a fair day's work for a fair day's pay as well as your kids having the same sort of opportunity as everyone else – you get no advantage by your geography or your social standing over your education."

So would a "more right-wing" economist-by-training Australian Labor MP have voted for Jeremy Corbyn? "I would have because I'm loyal," he says. "You're loyal to socialism?" I press.

And he doesn't appear overly upset at the British public's emphatic rejection of socialism that included wild pledges like free broadband to all homes. "I don't think it would have been a manifesto that would have necessarily got up in Australian politics."

"Labour is going to go through the same sort of period of deep reflection that Labor's going through in Australia and social democratic parties are going throughout the world."

British Paul Scully said Labour's free broadband policy was a turning point because it exposed Labour has "dogmatic" in positing socialism as the solution to all ills rather than exploring any other form of policy development. 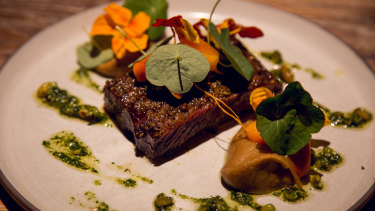 "We've got a similar sort of debate on climate change," counters Australian Paul Scully. "We've got tribes developing and the extreme ends of both debates are frustrating the middle. You get bogged down in trench warfare between these two extremes who are probably not going to change when the debate should be about who, what, were, when and why of what we need to do to address mitigation."

"You've got Steve Baker who you've never heard of – Steve was trying to chase a Brexit, a perfection that doesn't exist and you've got the Jo Swinson's of this world who are just trying to end everything," he said, referring to the Liberal Democrats leader who lost her own seat in the election. 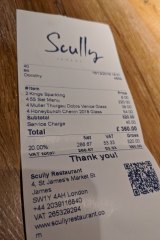 But with Brexit now imminent, British Paul Scully is confident that the tribalism over Europe, which has infected Westminister for half a decade, is coming to an end.

From Australia, Paul Scully sees common elements "around economic security or insecurity," as well as "job concerns" in Brexit that exist in Australian politics stemming from the financial crisis.

"Whether it's Brexit, whether its climate change, whether its other big issues that are happening in the States at the moment with the election of Donald Trump, you've got this interesting situation where there's a greater expectation on governments to do more and institutions of governments to do more than the populace ever wanted them to do before but simultaneously the same general public has a mistrust of those institutions to achieve it."

British Paul Scully agrees but says international collaboration is one way of addressing the problem. Underlining another divide between Australia and the UK, he praises Britain's aid budget, set at 0.7 per cent of Gross National Income.

Australia, by contrast, has overseen savage cuts to set the budget at an all-time low. However, speculation in the press suggests Prime Minister Boris Johnson, a former foreign secretary, will redeploy the aid department into the foreign office, potentially allowing for the aid budget to spent on business and economic development opportunities for the British instead.

"I've read that, I don't know if that's going to happen, I mean I'm not sure that's the right thing to do, I like the balance as it is that we've got ministers that cross over the divide rather than departments that cross over because there are different nuances," he says. 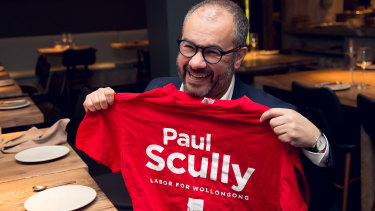 But both Paul Scullys agree that in politics there is more bipartisanship than divide than people understand or get to see.

As if on cue, Australian Paul Scully retrieves a bag full of gifts inlcuding some NSW Parliament red wine (shiraz), a book and a red Paul Scully – Labor for Woollongong – t-shirt.