ANCHORAGE Mayor Ethan Berkowitz has admitted to having an "inappropriate relationship" with a journalist – three days after she shared what she claimed was a naked selfie photo of him.

In a statement released Monday, the married politician apologized for the "hurt" he had caused his family over his links to local TV news anchor Maria Athens. 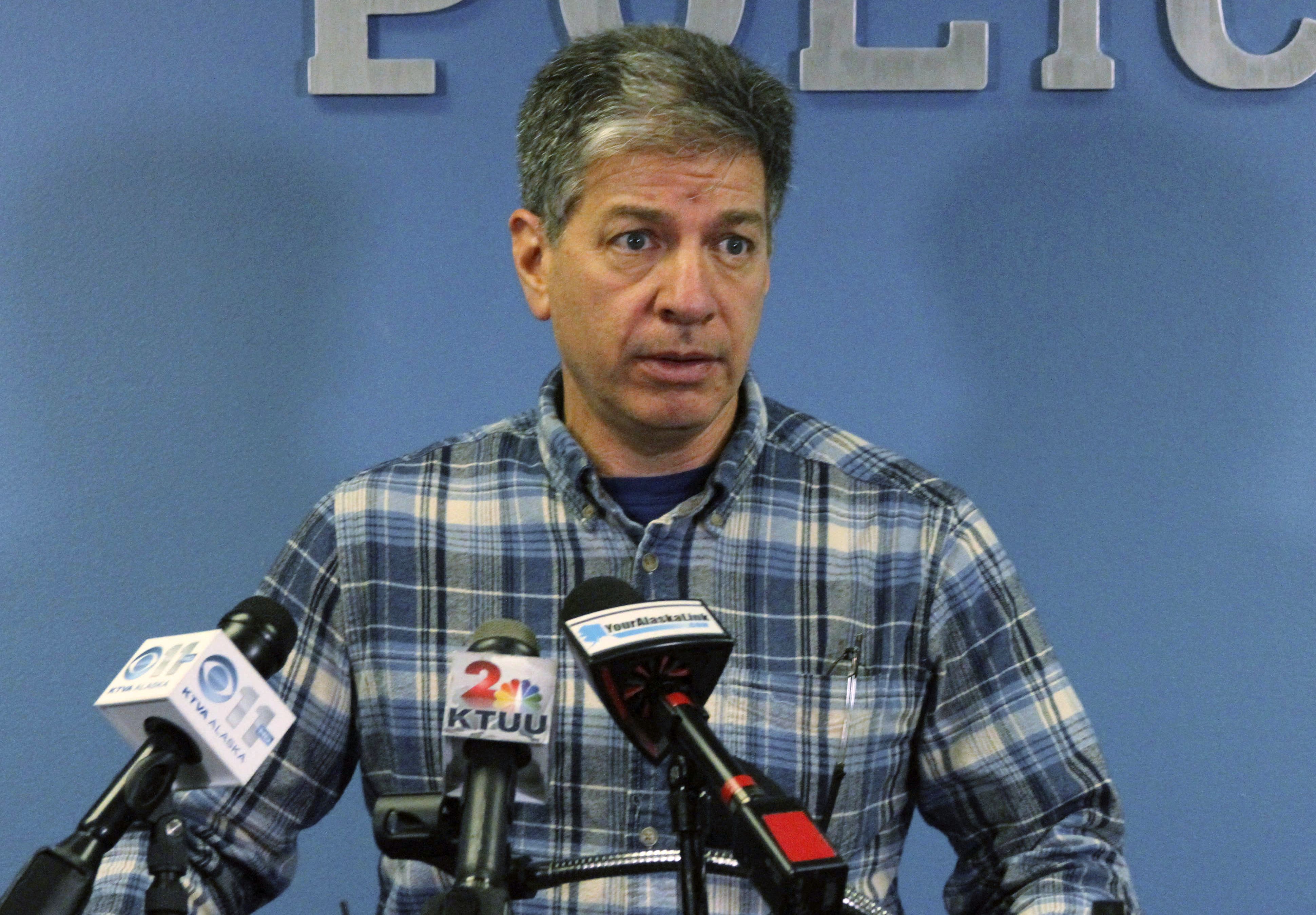 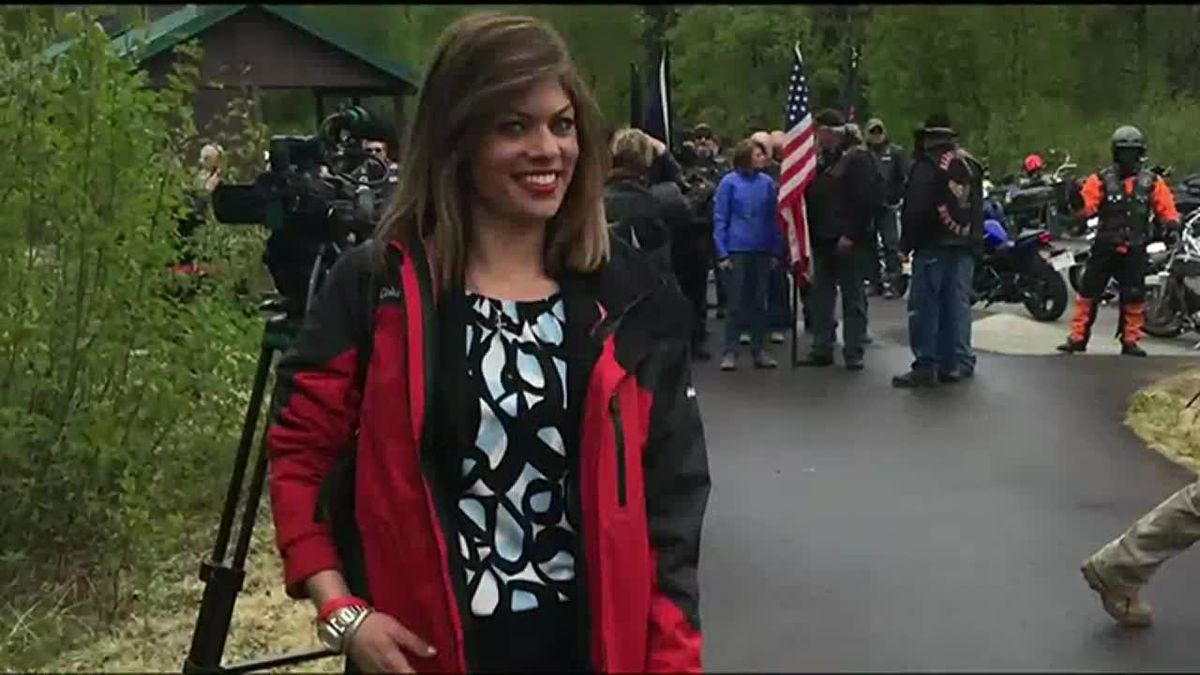 “I apologize to the people of Anchorage for a major lapse in judgment I made several years ago when I had a consensual, inappropriate messaging relationship with reporter Maria Athens,” he said.

“I’m embarrassed and ashamed for the hurt I’ve caused my family and our community. I take responsibility for my actions,” he said.

The acknowledgement comes at the end of three days that rocked Alaska’s largest city and saw both his denial of Athens' scandalous allegations on Facebook and her later arrest.

It was not immediately clear what was in the messages Berkowitz sent to Athens or how long the exchange lasted.

As well as posting the photo, Athens, the anchor for the combined Fox/ABC station in Anchorage, also made unsourced allegations against the mayor on Facebook. 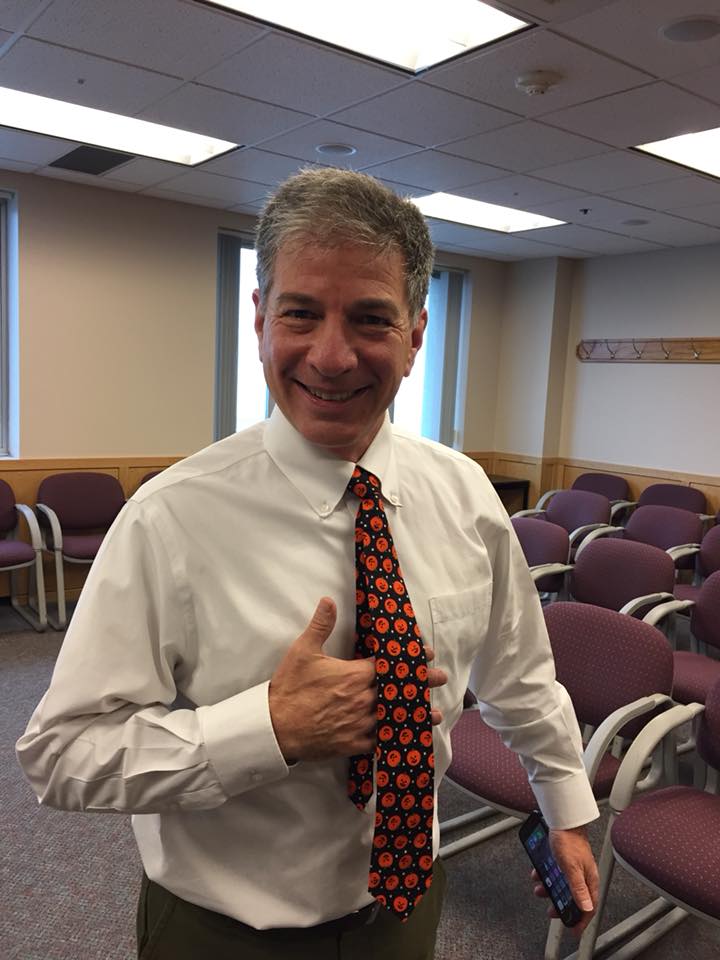 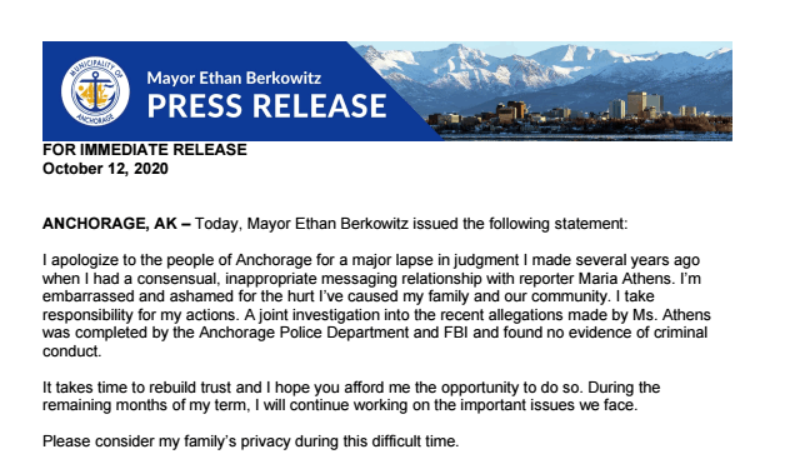 Berkowitz’s office immediately denied the unsubstantiated claims, and said it had talked to the station manager, who is Athens’ boss.

The release from the mayor’s office said her boss at the station also disavowed the story.

Later that day, Athens was arrested after trespassing in the television studio having been told she could not return there.

She allegedly accosted the station manager, who charging documents identify as her boyfriend, and she was arrested by police.

Athens was charged with criminal mischief and disorderly conduct, and was released on bail Monday.

Anchorage police spokesperson MJ Thim said police and the FBI had investigated Athens’ claims and found there was no evidence of criminal conduct on Berkowitz’s part. 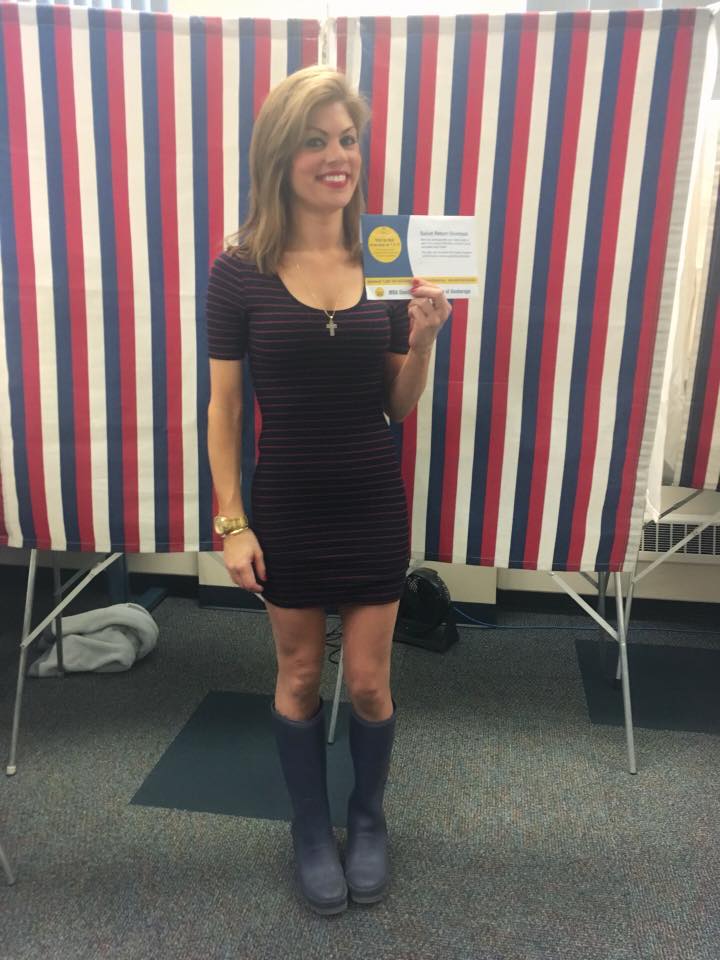 “It takes time to rebuild trust and I hope you afford me the opportunity to do so. During the remaining months of my term, I will continue working on the important issues we face,” Berkowitz said.

“We were informed today of improper and distasteful actions taken by our mayor,” Anchorage Assembly Chairman Felix Rivera and vice chairman Austin Quinn-Davidson said in a joint statement.

“We are disappointed and disheartened by this news and send our heartfelt support to first lady Dr Mara Kimmel and the rest of the mayor’s family, who we know are going through a very difficult time.”

Despite the revelation, they said, the assembly remains “dedicated to continuing its important work.”

Berkowitz was elected to his second three-year term as mayor in 2018. The non-partisan position is limited to two terms.

The 58 year old, a native of San Francisco, is also a lawyer and Anchorage businessman.

He served as a Democrat in the Alaska House of Representative from 1997-2006. He served the last two years as minority leader.