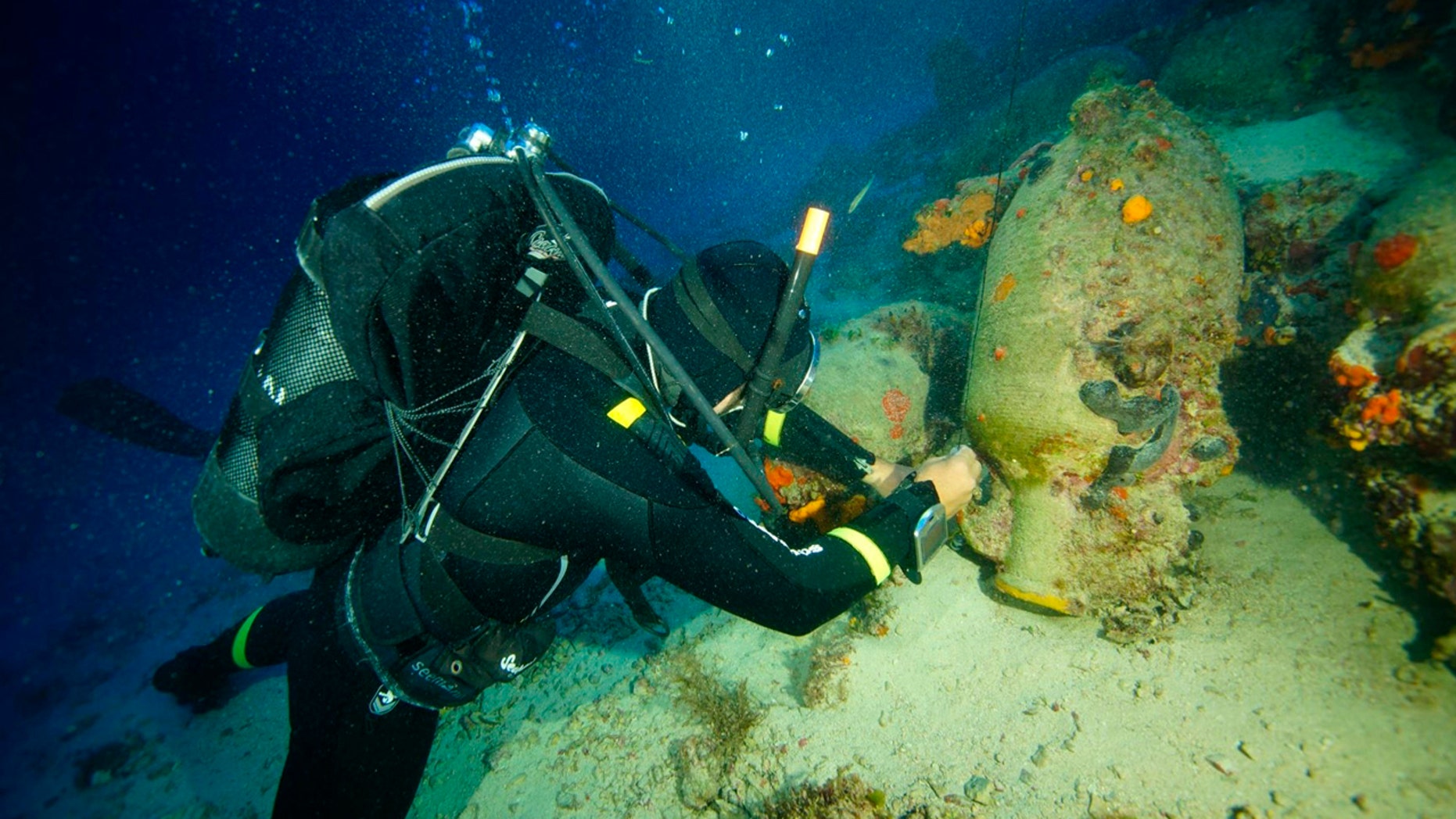 UNDATED: Divers inspect items on the seabed from an ancient shipwreck discovered off the island of Fourni.
(Greek Culture Ministry via AP)

Three ancient shipwrecks that carried pottery cargoes and two from later times were discovered last month by a Greek-U.S. team of marine archaeologists in the notoriously treacherous waters of the eastern Aegean Sea, a project official said Tuesday.

“The excitement is difficult to describe, I mean, it was just incredible. We knew that we had stumbled upon something that was going to change the history books,” said underwater archaeologist Dr. Peter Campbell, according to Reuters.

The plethora of findings from the rich graveyard of ships includes a 1,900-year-old branded designer lamp. The wrecks also bore traces of looting by illegal antiquities hunters or of damage by fishing nets. 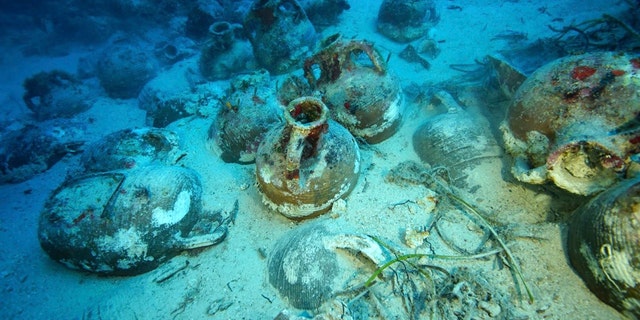 Items on the seabed from an ancient shipwreck discovered off the island of Fourni.
(Greek Culture Ministry via AP)

The shipwrecks, all trading ships, were found off Fourni island and its surrounding islets. Fourni is made up of 20 small islands, islets and reefs, according to Reuters.

The recent discoveries make up 58 shipwrecks found in what archaeologists said may be the largest concentration of ancient wrecks ever found in the Aegean and possibly the entire Mediterranean, according to Reuters.

“I would call it, probably, one of the top archaeological discoveries of the century in that we now have a new story to tell of a navigational route that connected the ancient Mediterranean."

“I would call it, probably, one of the top archaeological discoveries of the century in that we now have a new story to tell of a navigational route that connected the ancient Mediterranean,” Campbell told the wire service.

The older wrecks date to the 4th and 2nd centuries B.C. and the 5th-6th centuries A.D., while the more recent ones are from the 18th or 19th century, said archaeologist George Koutsouflakis, joint leader of the project.

“It is not a coincidence that a large number of the wrecks have been found in those passages…if there is a sudden change in the wind’s direction, and if the captain was from another area and was not familiar with the peculiarities of the local climate, he could easily end up losing control of the ship and falling upon the rocks,” Koutsouflakis told Reuters. 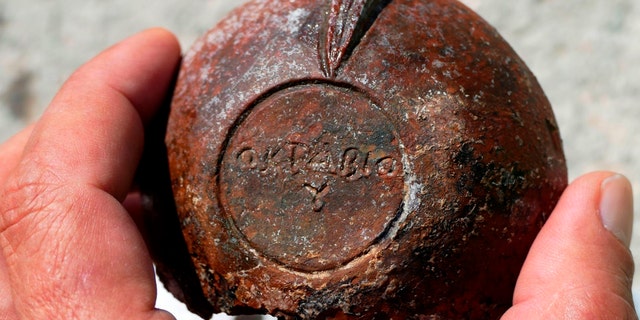 A man holds a 2nd-century A.D. terracotta lamp with the incised name of its maker, the Corinthian artisan Octavius, on the base, one of a group found on the seabed off the island of Fourni.
(Greek Culture Ministry via AP)

Divers also recovered a group of 2nd-century A.D. terracotta lamps, incised with the names of the Corinthian artisans who made them, Octavius and Lucius, in addition to the cargoes of amphorae–jars that contained wine, oil and foodstuffs.

They may have been slave workers who later gained their freedom and set up their own pottery workshops, a Greek Culture Ministry statement said.

The project is planned to continue over the next five years, the ministry said.