Top epidemiologists and business groups are critical of what they say is the Andrews government’s overly cautious approach to easing restrictions, given the state’s single-digit infections.

Deakin University epidemiologist Catherine Bennett, writing in The Age with three fellow epidemiologists, described the latest steps out of lockdown as "very conservative" and "containing inherent inequities" and questioned why some industries remained shuttered. "There is as yet little understanding of the broader impacts of public health decisions, including mental health, economic and financial strain," the epidemiologists wrote in an opinion article.

Business groups, including the Business Council of Australia, the Australian Industry Group and Restaurant & Catering Australia expressed frustration at the delay until November 2 of a reopening of most businesses, although the Australian Retailers Association said a timeline would come as relief.

Premier Daniel Andrews on Sunday sought to provide a more certain path out of lockdown, dumping the previous case number targets and announcing some key easing of restrictions, including no limit on time outdoors, a 25-kilometre travel bubble rather than the previous five kilometres and outdoor gatherings of up to 10 people from two households. 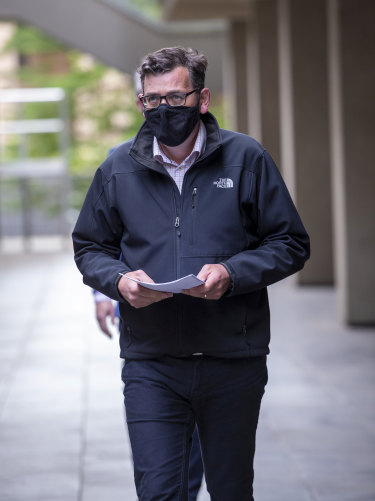 Victorian Premier Daniel Andrews has urged Melburnians to stay put a while longer — including on grand final day.Credit:Wayne Taylor

Mr Andrews expressed confidence that Melbourne’s restrictions would further ease by November 2 and potentially, a week earlier, with the reopening of retail and limited indoor dining. At that time, households will be able to receive visits from up to two adults and their dependants.

An immediate, further easing of restrictions was announced for regional Victoria, with pubs and restaurants allowed to seat up 40 people inside and 70 outside, and people can invite visitors in small numbers to their homes.

"There is some optimism, a confidence even, that if things continue this week the way they have the last five days, we may be able to bring that forward," Mr Andrews said. "No rules, no restrictions will be on longer than they need to be. I know it is frustrating, I know there is a lot of pain out there in the community."

He said raw case numbers were less important as infections declined, with the emphasis shifting to the types of cases, how they were contracted, and how many were "mystery" cases. Only three new COVID-19 cases in as many days have been recorded in Victoria.

Business Council of Australia chief executive Jennifer Westacott said: “This is an inexplicable and unacceptable delay for Victorians and small businesses who are hanging on by a day, not a week."

"There is no sound reason to continue the restrictions on business, especially with case numbers clearly on a downward trajectory. People desperately need the ability now to get on with their lives and businesses."

The chief executive of the Victorian Chamber of Commerce and Industry, Paul Guerra, welcomed the "good news" about a timetable for restrictions to be eased, but warned that "as every day goes by that they are closed, more business owners will not recover for business".

The provisional reopening date for retail was welcomed by Australian Retailers Association chief Paul Zahra. "Whilst this date is many weeks later than we would have hoped, it is just in time for the official start of the Christmas shopping period and a very welcome news for retailers who have been desperately seeking clarity for months," he said.

The boss of one of the nation's largest retailers, Wesfarmers chief executive Rob Scott, questioned the logic of some of the changes.

"It’s still difficult to understand the rationale for some of the changes and ongoing business restrictions, from a public health and wellbeing perspective. For example, you can go to the hairdresser or a skate park and have more freedom to travel, but you can’t go to your local Bunnings Warehouse.'" Wesfarmers owns Bunnings stores.

With people still required to only leave home for permitted reasons, Mr Andrews urged everyone to watch Saturday's AFL grand final between Richmond and Geelong from their own loungerooms. 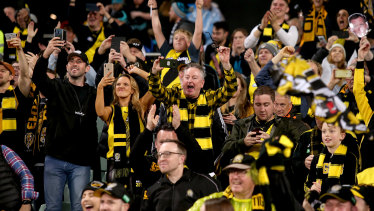 Richmond fans celebrated with their team in Adelaide.Credit:Getty Images

"As important as it is, in a cultural sense, in a very passionate way, for every single football fan across our state, it is not worth risking all that we have done, all that we have built, all that we can do in just a few days' time by having gatherings that are unsafe."

Aside from a reopening from today of hairdressing salons and some small-scale industries such as car washing and pet grooming and the return of real estate auctions, there is no change to the restrictions on retail, hospitality and other industries.

Opposition Leader Michael O’Brien said Sunday’s announcement should have gone further. "I think at some point the Premier does have to learn to trust the people of this state instead of just trying to impose rules on us and treat us like children all the time," he said. 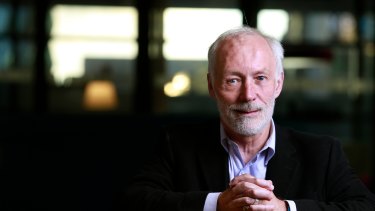 "There’s a sense of relief now."

Melbourne lord mayor Sally Capp said the Premier had provided "some certainty" to city traders. "We have saved lives – now we need to save livelihoods,"’ she said. "Businesses across our city are prepared to re-open in a COVID safe way.’"

The response from restaurant and cafe owners was less positive. Under the adjusted road map, restaurants which reopen in two week’s time will be limited to 10 patrons per indoor dining area. Leading restaurateur Chris Lucas said this would make it uneconomical for most eateries to trade. 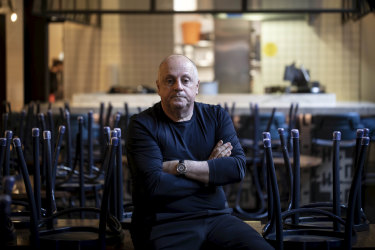 Chris Lucas, pictured here in his Melbourne CBD restaurant Chin Chin, says it won’t be viable for most restaurants to reopen under the Victorian government’s 10-patron cap.Credit:Arsineh Houspian

"It doesn’t take into account the commercial requirements," Mr Lucas told The Age. "Based on the information we have been given today the majority of restaurants in the Melbourne metropolitan area will not be opening."

Restaurant & Catering Australia chief executive Wes Lambert said the contrast in NSW, where restaurants can seat up to 300 people indoors and daily COVID-19 case numbers were tracking above those in Victoria, was now stark.

"I have spoken to many restaurateurs and they are angry but optimistic," he said. "They are angry that metropolitan Melbourne is not opening tomorrow as the case numbers are lower than NSW, which has a nearly fully reopened hospitality industry. They are hopeful and optimistic that the date is going to be brought forward."

NSW, which has a less centralised public health response, has managed to contain outbreaks since lifting its lockdown in May. Social and economic life in Sydney has reached COVID-normal, with few restrictions remaining in place.

Mr Hunt tweeted shortly before Sunday’s announcement that Victoria’s low daily case numbers provided the necessary conditions for it to move safely in line with NSW. Mr Andrews said while his decisions were based on public health advice, Mr Hunt’s intervention was driven by politics.

He said further announcements would be made about the Melbourne Cup, but sources familiar with the matter said it was likely any crowd at Flemington would be limited to jockeys, trainers and owners of the horses.