Anjem Choudary spotted strolling the streets ‘with his wife’

Hate preacher Anjem Choudary has been seen out and about with a woman, thought to be his wife, for the first time since he was freed from jail.

The cleric was released from Belmarsh last week, half way through a five-and-a-half year term he was given for swearing an oath of allegiance to ISIS.

Authorities have moved him into a probation hostel while he is being monitored in a £2million security operation to ensure he cannot radicalise other extremists.

Choudary wore his trademark smirk as he met a woman, thought to be his wife Rubana Akhtar, not far from the bail hostel this morning. 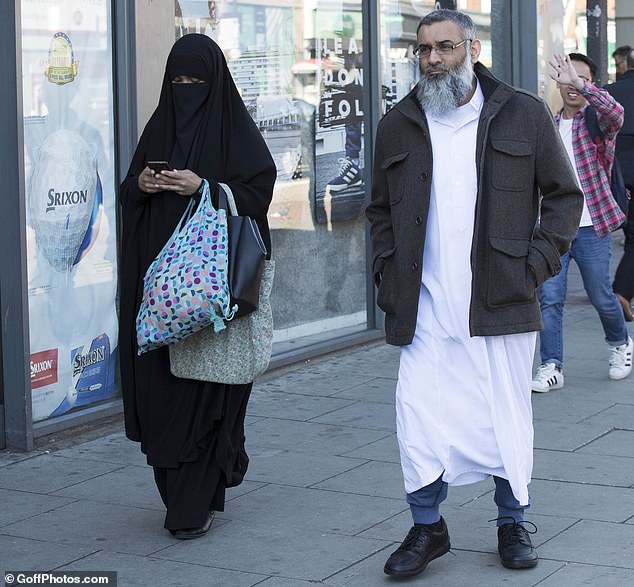 Anjem Choudary was pictured enjoying his freedom as he went out shopping with a woman, believed to be his wife, Rubana Akhtar 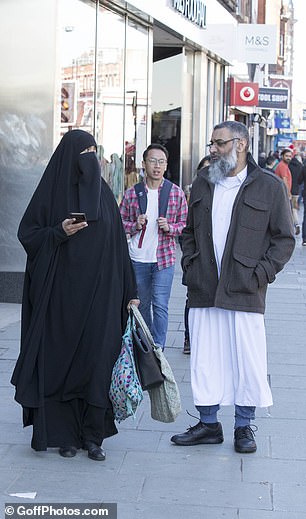 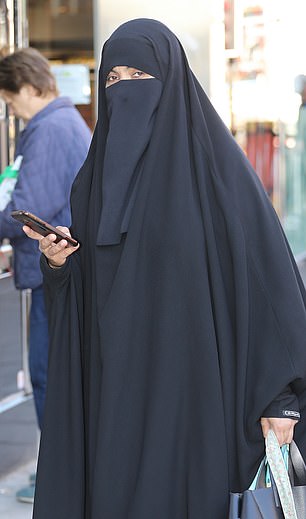 Choudary’s wife herself faced a police probe for alleged extremism, but that was dropped. The pair were seen outside a London Marks and Spencer this morning

The couple went for a walk, most of which his companion spent communicating on her mobile phone, before heading to the offices of a local law firm.

Choudary is thought to be working on a legal challenge to make his licence conditions less strict.

His wife has refused to comment since her husband’s release.

She also faced an inquiry by Scotland Yard’s Counter Terrorism Command after she was caught on camera leading a secret group of British women supporting ISIS in 2015.

But the probe was dropped shortly before her husband was freed. 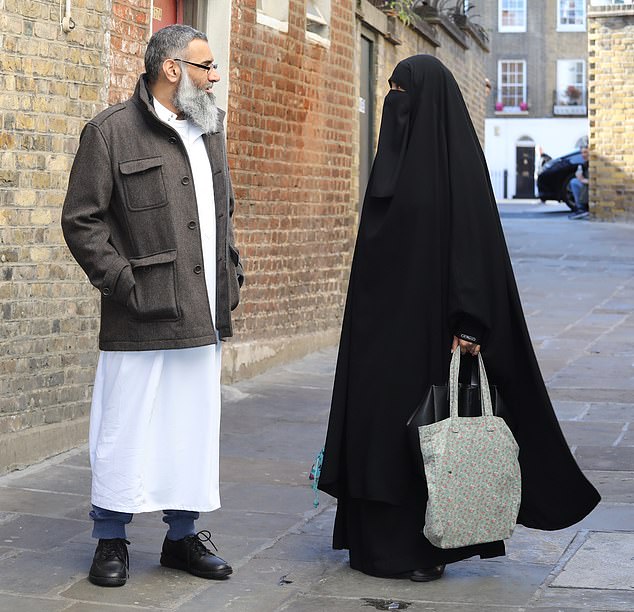 The hate cleric met the woman, who was carrying shopping bags, in a London side street 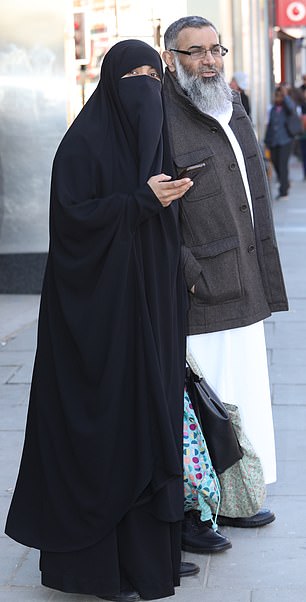 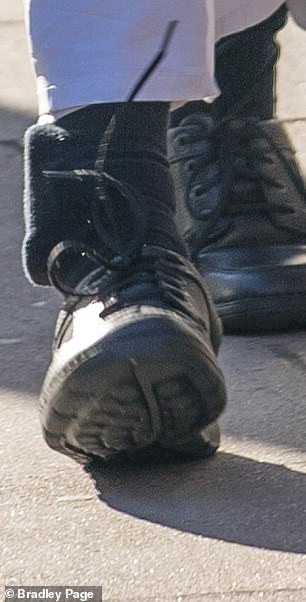 Choudary’s companion spent much of their time together on her phone. He is wearing an electronic tag as one of the many measures to monitor him during his licence period

Fellow residents of the bail hostel where Choudary is being held say he has few friends.

One man who is living in the building: ‘He’s not made any friends yet. When you come to the hostel you got to keep quiet.’

The man said Choudary’s room is near a communal kitchen on his floor’s landing, and other residents were shocked that he had been placed there.

The man said: ‘I found out from a reporter. Really they should put him somewhere else it’s not the right place to be.’