Another American facility demolished at Cambodia base: think thank

Washington: Another American-built facility at a naval base in Cambodia has been demolished, US researchers said, citing recent satellite imagery.

On Monday, US time, the Centre for Strategic and International Studies (CSIS) published images showing a Rigid-Hulled Inflatable Boat maintenance facility at Cambodia's Ream Naval Base still standing on October 1 and the same site without it on November 4.

The news comes after the Pentagon said last month it was concerned about reports that the US-funded and Australian-equipped Cambodian Navy tactical headquarters facility at Ream just south of the maintenance facility had been demolished. 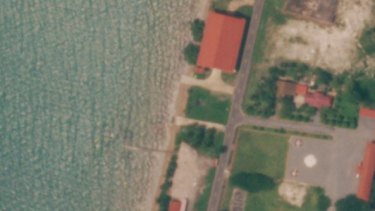 Last year, the Pentagon asked Cambodia to explain why it turned down an offer to repair the base, saying the decision had raised speculation of possible plans for hosting China's military at a time of growing Sino-US tensions.

Cambodia said last month it had razed the headquarters facility to allow for further expansion and would relocate it, while denying reports of Chinese involvement. It has repeatedly denied reports it has reached a secret deal to let Beijing place forces at the base.

The Cambodian embassy and the Pentagon did not immediately respond to requests for comment on the latest report, which illustrates the sort of challenges faced in the region by Democrat Joe Biden, who defeated President Donald Trump in last week's US election.

CSIS said the boat maintenance building was taken down in stages, not just knocked down.

It said this could support claims that facilities were being relocated, but claims Cambodian Prime Minister Hun Sen's office that buildings were being taken down for renovation were unconvincing given the maintenance facility was only three years old.

Cambodia is one of China's closest allies in south-east Asia and has received billions of dollars of Chinese aid as well as political backing for Hun Sen in the face of Western criticism.