Internet Covid conspiracy theorists are leafleting high streets in an attempt to rally businesses in support of a ‘Great Reopening’ to defy lockdown restrictions – as police said they ‘would not hesitate’ to issue £10,000 fines to any firms flouting the rules.

Ms Quinn, who has racked up £17,000 in fines, has liked a social media campaign calling on firms to ‘exercise your right to own a living’ that has spread on Instagram and Telegram, the encrypted messaging app known for attracting extremist content.

Members are handing out leaflets to shops to persuade them to take part, and have attracted the support of prominent coronavirus conspiracy theorists Piers Corbyn and David Icke – best known for believing the world is run by a race of lizard people. 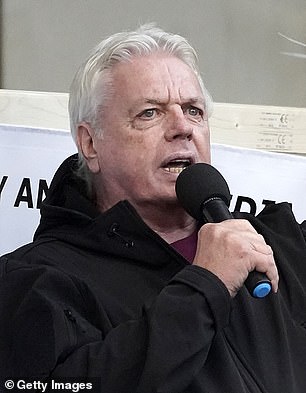 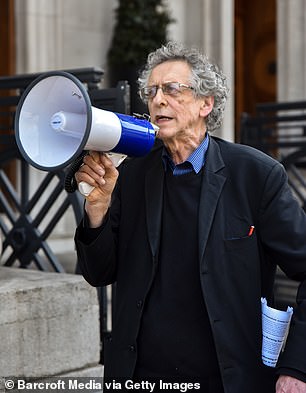 The ‘Great Reopening’ Internet campaign is being supported by prominent coronavirus conspiracy theorists David Ike – who has claimed the world is run by a race of lizard people – and Jeremy Corbyn’s brother, Piers 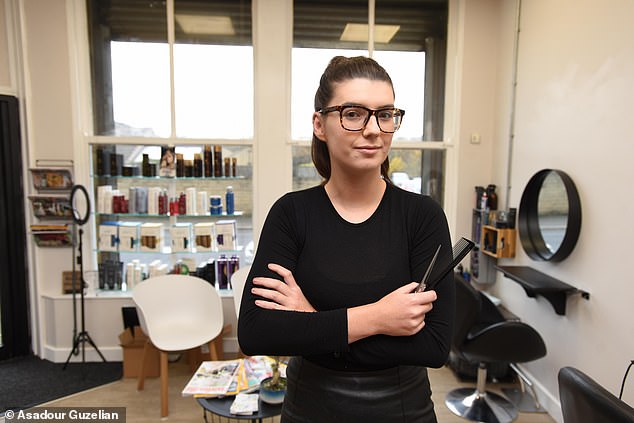 Sinead Quinn, owner of Quinn Blakey hairdressing salon, Oakenshaw, near Bradford, who has repeatedly defied government lockdown restriction, says she is planning to reopen next week

Great Reopening groups are proliferating on Telegram and its counterpart Gab – which is notorious as a haven for fanatics and white nationalists in the US – with dozens of local groups across the country.

In a group for Cornwall, one poster claiming to be an NHS anaesthetist working in A&E at the Royal Cornwall Hospital in Truro called Tarek Abu Omar said he was ‘happy to see many like-minded people on here’.

Another poster going by the name of Lulu Pinkerton claimed to be a nutritionist working in Bude.

Elsewhere in the Cornish group, a business owner boasted that he and his partner ‘have kept going exploiting every loophole’ as users vowed to visit premises that decided to open tomorrow.

Members of the national Great Reopening Group are encouraging people to ring up local business owners and tell them they will not be fined for breaching lockdown because of ‘common law’ – a myth popularised by Covid deniers. 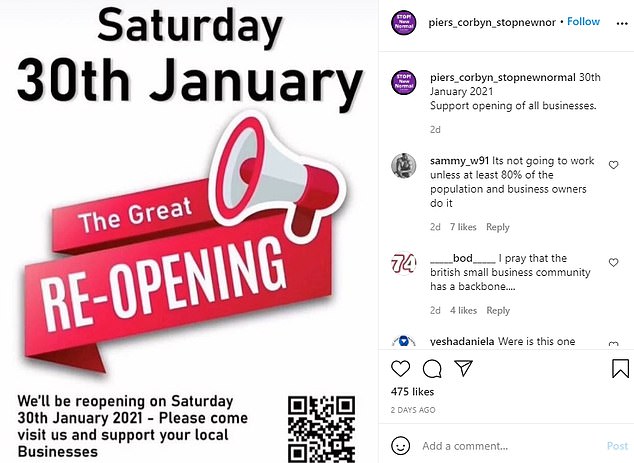 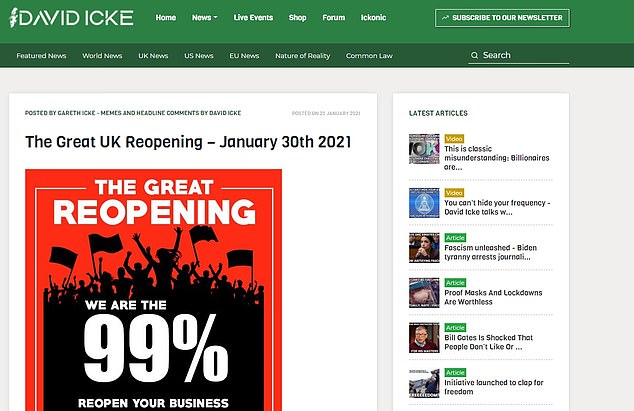 Police across the country have vowed to crack down on any businesses who decide to open on the day.

A spokesman for the National Police Chiefs’ Council told Cornwall Live: ‘We are at the most dangerous stage of this pandemic and each of us has a personal responsibility to do everything we can to stop the spread of coronavirus.

‘We will not hesitate to issue fines to those deliberately breaching the regulations with no regard for the safety of others.’

‘It makes no sense from whatever perspective you look at this. As we all know the UK has just passed 100,000 deaths. There’s no denying it’s a major disease. It’s killed twice as many people as the blitz. This is absolutely crazy.’

Authorities in other areas of the country have also vowed to take a tough stance. 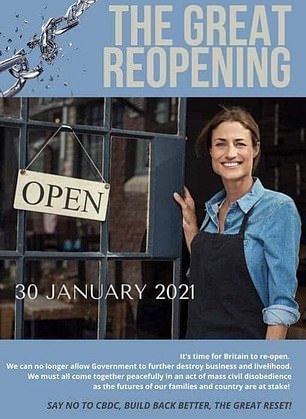 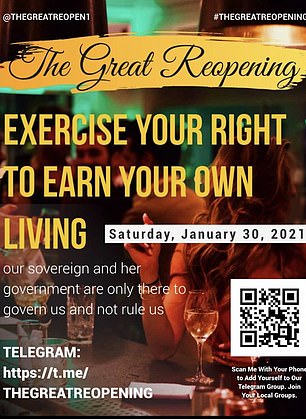 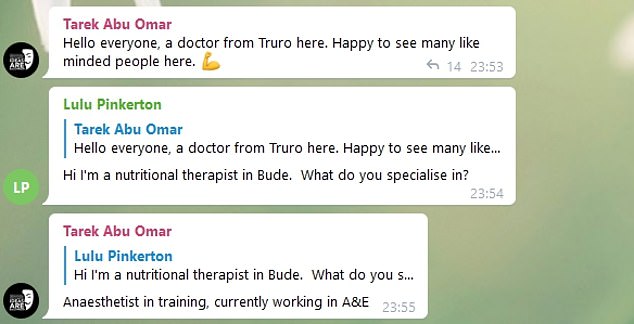 In a group for Cornwall, one poster claiming to be an NHS anaesthetist working in A&E at the Royal Cornwall Hospital in Truro called Tarek Abu Omar said he was ‘happy to see many like-minded people on here’

Richard Webb, North Yorkshire County Council’s corporate director for health and adult services, said: ‘Yesterday we were made aware of a campaign doing the rounds across the north of England which urges businesses to have what they called a ”great reopening” tomorrow.

‘My plea to all businesses is to ignore this campaign. There will be no great reopening on January 30. I would ask that you continue to act as you have been doing throughout this lockdown and before that and that we fight together this deadly virus.

‘My warning to those who choose to take part in this campaign is that the enforcement authorities, police, trading standards, environmental health and others will have no choice but to take ultimate action against you.’

Mr Webb thanked the businesses in the county who were complying with the closure requirements.’

Sinead Quinn, owner of Quinn Blakey Hairdressing near Bradford, is one of a tiny minority of business owners to announce publicly that they will be opening tomorrow.

She hit headlines in November after she repeatedly cited the Magna Carta when police officers insisted she close her business during the second national lockdown. 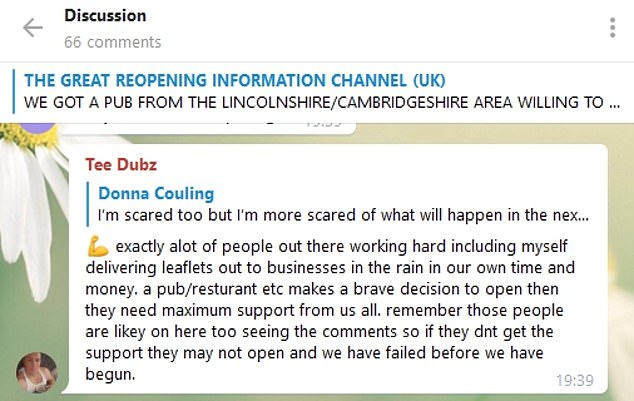 Police across the country have vowed to crack down on any businesses who decide to open on the day. Pictured are posts in the Cornwall group 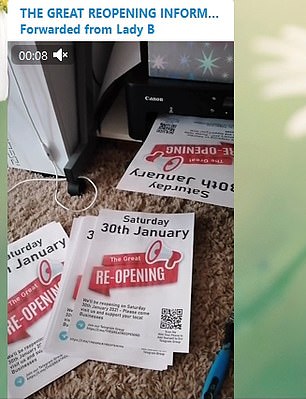 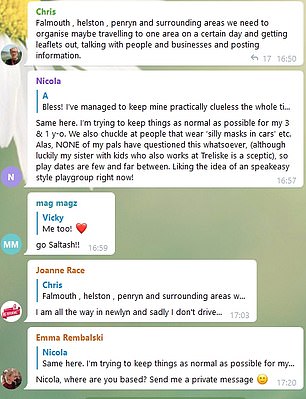 The salon racked up £17,000 worth of fixed penalty fines and magistrates ordered its closure for the final two days of the lockdown ‘to prevent nuisance to members of the public and to safeguard public health’.

Earlier this month, Kirklees Council confirmed none of the fixed penalties had been paid and it had started a prosecution process.

One Instagram comment from the salon said: ‘We’re all opening regardless of lockdown. They can’t control us all when we stand up to them.’

In a separate post shared two days ago, the comment stated: ‘When is lockdown meant to end? Feb?

‘In February you can bet your life savings that Covid-21 will be here and so will your lockdown.

‘I’d like you to sit back and watch it all play out but we’re running out of time.

‘Stand up for your freedoms. 30th January. Get up and open your businesses, go out and support those businesses. 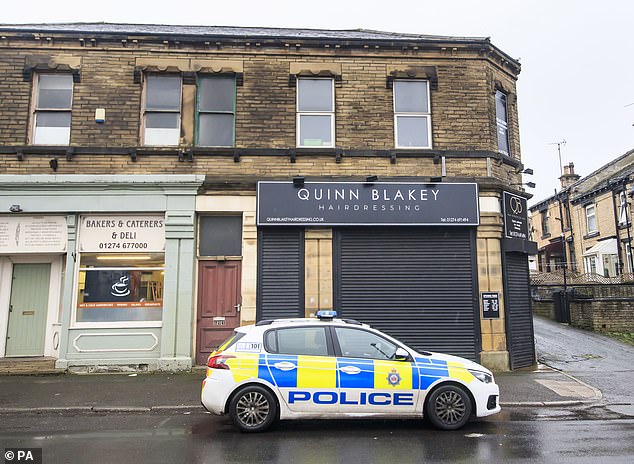 Ms Quinn has previously shared videos of herself telling officials that she did not ‘consent’ to being fined and cited ‘common law’.

She had posted a sign on the salon door which cited Magna Carta in defence of her decision to keep trading.

But legal experts have debunked the defence as ‘pure nonsense’ and ‘pseudo-legal rubbish’.

A Kirklees Council spokesperson said: ‘With the time given to pay the fines now passed, we have started a prosecution process and are putting our case together.

‘The process can take some time and could lead to a trial. Punishment could be an unlimited fine, decided by the court.

‘In the meantime, if further breaches occur, the same appropriate action will follow as would be the case for any business.’ 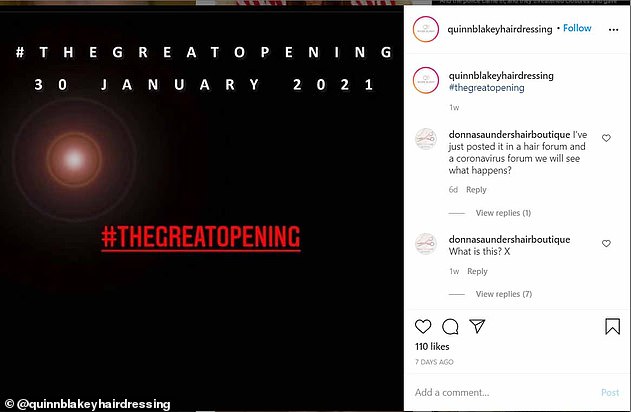 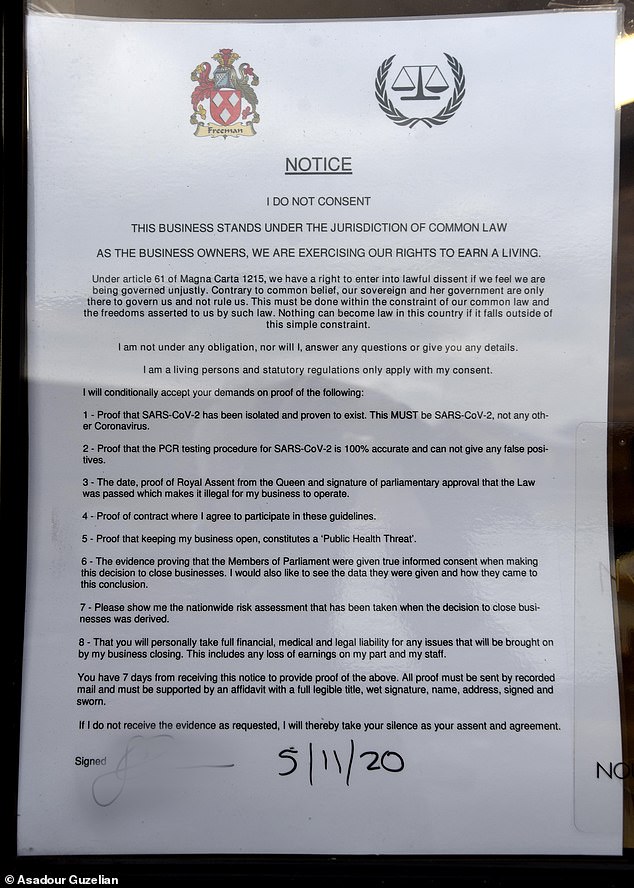 Notice on the salon door in November which cites Magna Carta, a royal charter granted in 1215 by King John, and states: ‘As the business owners, we are exercising our rights to earn a living’

What is the Magna Carta and why are businesses wrong to quote ‘clause 61’?

The Magna Carta is a royal charter agreed to by King John of England in 1215 amid a row with rebellious barons.

It promised the protection of church rights, protection for the barons from illegal imprisonment, access to swift justice, and limitations on payments to the Crown.

But it did not last, leading to the First Barons’ War. 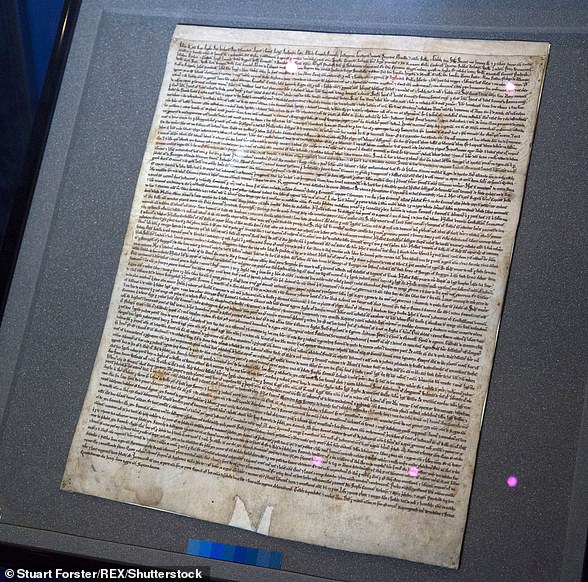 It was reissued several times in the following years, until in 1297, it was made part of England’s statue law.

But as Parliament’s power grew, it lost much of its significance. Now, only four of its clauses still remain in use.

Ahead of the new lockdown, some businesses have put signs outside their business sighting clause 61 and saying: ‘Any attempt to enforce unlawful acts, statutes or legislative laws on myself will be taken as an act of high treason, for which, you will stand trial before a jury of the people and which still carries the gallows.’

However the clause is not one of those still in use.

One legal expert, Rupert Beloff, tweeted that while clause 61 appeared in the 1215 version, it was removed by the time it was reissued in 1216 and did not exist by the time the Magna Carta was made statute in 1297.