A string of viral tweets blasting Apple’s new credit card for alleged gender discrimination has led to an investigation from New York’s Department of Financial Services.

The tech giant’s credit card, launched in partnership with Goldman Sachs earlier this year, uses an algorithm to assign credit limits, and many online pointed out it may favor men over women.

David Heinemeier Hansson, a Danish software engineer, voiced his frustration late last week after he received a credit limit from the Apple card that was 20 times higher than his wife’s, even though they “filed joint tax returns, live in a community-property state, and have been married for a long time,” he wrote on Twitter.

In a series of tweets that quickly went viral, Hansson wrote that his wife’s credit score was higher than his and that Apple Card’s customer support blamed their algorithm. 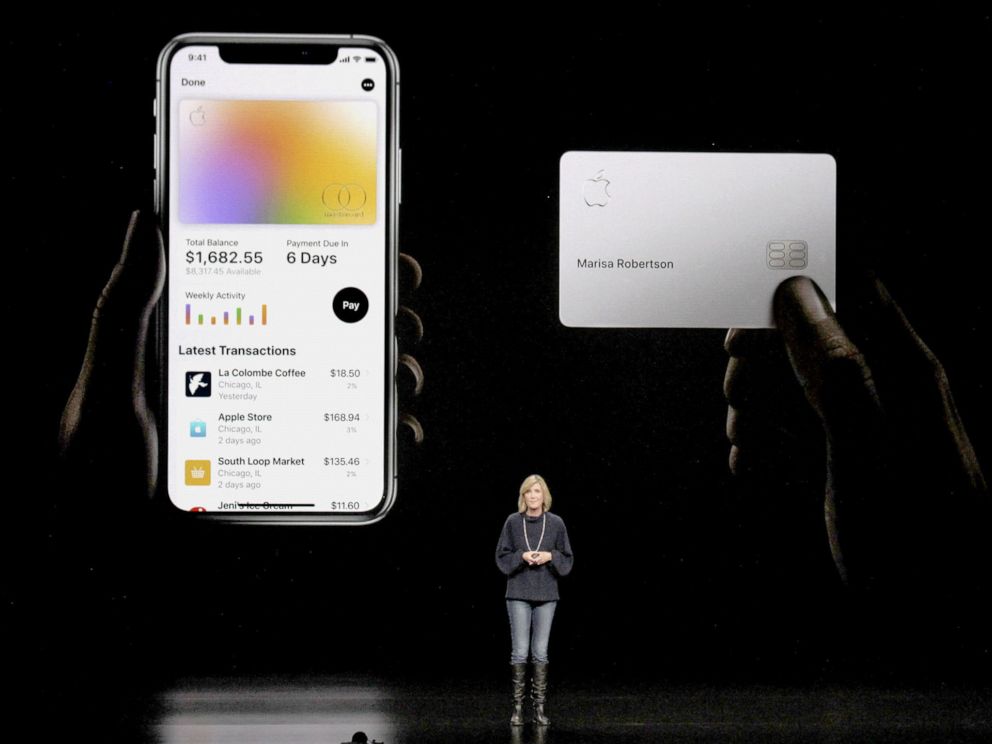 “We simply were told, ‘This is just how it is and you just have to accept that,'” he told ABC News’ “Good Morning America.”

Scores of people on Twitter responded to Hansson’s tweets saying the same thing happened to them — including Apple’s co-founder Steve Wozniak.

Wozniak responded to one of Hansson’s tweets, writing, “The same thing happened to us,” and went on to say that he and his wife have “no separate bank accounts or credit cards or assets of any kind,” yet he was given a 10-times higher credit limit on his Apple Card compared to his wife.

A Goldman Sachs spokesperson responded to the allegations in a statement saying, “As with any other individual credit card, your application is evaluated independently.”

“We look at an individual’s income and an individuals creditworthiness, which includes factors like personal credit scores, how much debt you have, and how that debt has been managed. Based on these factors, it is possible for two family members to receive significantly different credit decisions,” the statement added. “In all cases, we have not and will not make decisions based on factors like gender.”

Apple did not immediately respond to ABC News’ request for comment and has yet to publicly respond to the claims of gender discrimination.

Linda Lacewell, the superintendent of the New York State Department of Financial Services (DFS), confirmed the investigation as a result of the viral tweet in a Medium blogpost.

“On Saturday morning, I read a Twitter thread from an Apple Card user — tech entrepreneur David Heinemeier Hansson — detailing how his card’s credit limit was considerably higher — twenty times — than that of his wife, despite his wife having a higher credit score,” Lacewell wrote. “I responded, announcing that the New York State Department of Financial Services (DFS) would examine whether the algorithm used to make these credit limit decisions violates state laws that prohibit discrimination on the basis of sex.”

Lacewell added that the “black box” problem is an issue here “in which consumers have little visibility into how a decision is made or why they have been rejected.”

She called on any consumers who feel they may have been mistreated or discriminated against to share their stories with the New York DFS.