Despite being discovered off King William Island in Canada’s far north in 2016, the shipwreck had not been thoroughly studied until 2019. Researchers said the vessel, one of the long lost ships from Sir John Franklin’s 1845 expedition to find the Northwest Passage, was astonishingly well preserved.Ryan Harris, the lead archaeologist on the project said last year: “The ship is amazingly intact. “We were able to explore 20 cabins and compartments, going from room to room. The doors were all eerily wide open.”

The team from Parks Canada and Inuit took part in a number of dives, using drones to study the openings in the main hatchway and skylights in the crew’s cabins, officers’ mess, and captain’s stateroom.

Mr Harris continued: “We were able to explore 20 cabins and compartments, going from room to room.”

What they saw astonished them: dinner plates and glasses still on shelves, beds and desks in order, scientific instruments in their cases and hints that journals, charts, and perhaps even early photographs may be preserved under drifts of sediment that cover much of the interior, National Geographic reported. 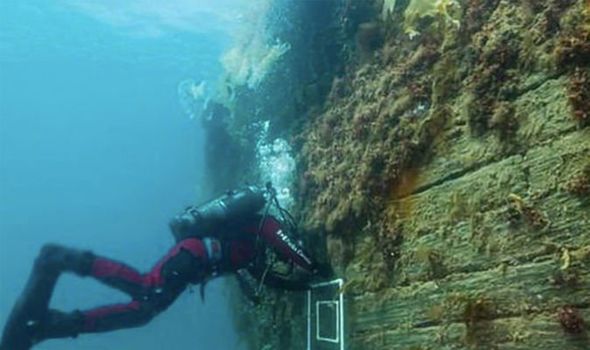 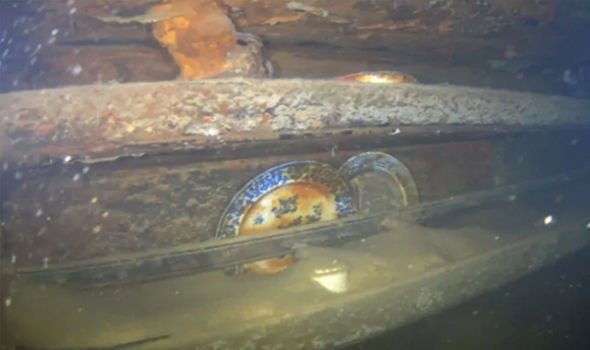 Mr Harris said: “Those blankets of sediment, together with the cold water and darkness, create a near perfect anaerobic environment that’s ideal for preserving delicate organics such as textiles or paper.

“There is a very high probability of finding clothing or documents, some of them possibly even still legible. Rolled or folded charts in the captain’s map cupboard, for example, could well have survived.”

The only area below deck the team was unable to access was the captain’s sleeping quarters. 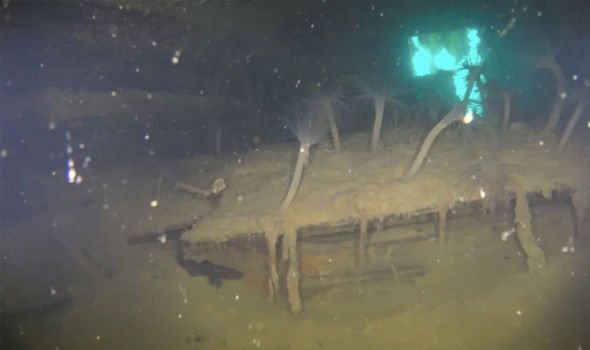 Harris added: “Intriguingly, it was the only closed door on the ship. I’d love to know what’s in there.”

The ship is also a subject of great mystery as researchers are not sure how it sank.

Mr Harris added: “There’s no obvious reason for Terror to have sunk.

“It wasn’t crushed by ice, and there’s no breach in the hull. Yet it appears to have sunk swiftly and suddenly and settled gently to the bottom. What happened?” 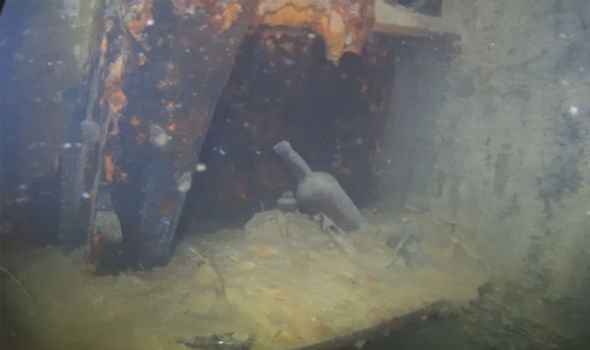 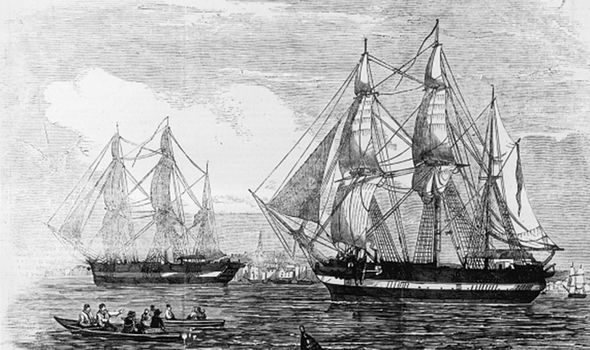 However, the expedition helped researchers find some clues to build a timeline for the disaster.

He continued: “We noticed the ship’s propeller still in place. We know that it had a mechanism to lift it out of the water during winter so that it wouldn’t be damaged by the ice.

“So, the fact that it’s deployed suggests it was probably spring or summer when the ship sank. So, too, does the fact that none of the skylights were boarded up, as they would have been to protect them against the winter snows.”

“No doubt there are a lot more answers lying beneath the sediment in those cabins. One way or another, I feel confident we’ll get to the bottom of the story.”