When the Tokyo government asked a major restaurant chain to close at 8pm, the business defied the orders and sued.

Gonpachi, one of Global-Dining’s flagship izakaya spots, has hosted Japanese prime ministers and American presidents but its coronavirus response in March put its relationship with the government on a very different path. 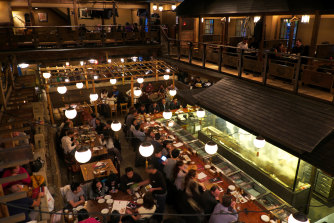 The restaurant’s owners claimed the request to close and prevent diners from eating soba, hibachi grilled chicken and tempura after 8pm was unconstitutional. It said it violated freedom of business and expression guaranteed after World War II.

The constitution, drafted by the United States, limited the Japanese government’s emergency powers in the wake of a devastating war that saw individual freedoms cast aside in the name of nationalism.

The request did not prevent the company from operating its restaurants before 8pm but it was the principle, the company said. It claimed it had been unfairly targeted for criticising the government’s request to close. “Is it right to punish someone for freely expressing their opinion?” said the company’s president Kozo Hasegawa. It sought compensation for the token amount of ¥104 ($1.22) in damages. The case remains before the Tokyo District Court.

That week in March, Japan recorded 1200 coronavirus cases a day. Last week Japan recorded more than 6000 a day, but in a country that is about to host the Olympics and more than 90,000 athletes, coaches and officials, the Gonpachi episode shows the limits of the Japanese government’s ability to enforce tough COVID-19 response measures. 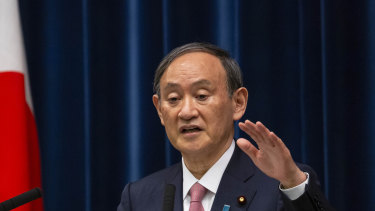 At an event to mark Constitutional Memorial Day on May 3, Suga acknowledged the limits of the constitution.

“More than 70 years have passed since the current constitution was enacted, and we should revise those parts that are unsuitable or inadequate for the times,” he said, adding that COVID-19 showed how important it is to discuss potentially expanding the powers of cabinet to give it the ability to temporarily limit the freedom of people in a disaster.

Two recent polls by the Yomiuri daily and Kyodo News show that the public appetite for constitutional reform is rising. Both found that six in 10 respondents wanted an emergency clause inserted in the constitution. A separate survey in the Mainichi newspaper said support for change had risen by 12 per cent over the past year.

“Japan has never experienced constitutional reform. I think many Japanese people have very complicated emotions,” said Hajime Yamamoto, a professor of public law at Keio University. “On the one hand, for them, it’s difficult to rely on the current government. But on the other hand, they feel the present government’s policies are too lenient to solve the problem with rapidity.”

At High Five bar in Tokyo’s high-flying Ginza district, owner Hidetsugu Ueno is sick of a lack of vision from the government to get Japan out of the pandemic. He is also tired of a complacent public that has “no spirit, no soul, no backbone, no passion against the politicians to make our own country better”. 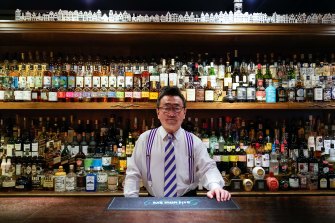 “I’ve been financially busted for the last one year by this stop-start state of emergency,” he said. “I think our government doesn’t know how to use our present rules.”

Asako Shimmura, who owns Salon Juan, a massage salon in Tokyo, said the public was confused. “This is because right now the government is doing things half-heartedly,” she said. “They are saying to citizens we are in a state of emergency, but they don’t do anything.”

Any constitutional change would require a majority of public votes and a two-thirds majority in the Japanese parliament to pass, a tricky political path for the LDP government which fell just short of that mark in 2019. 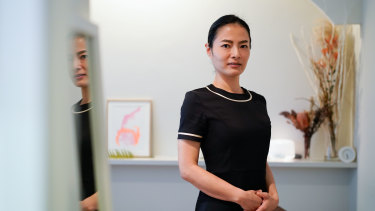 But leading legal experts argue that the constitutional argument as it relates to emergency powers is just an excuse to tie it to wider measures, which would satisfy nationalistic elements within the LDP who believe a constitution drafted by a foreign power is a humiliation. So are restrictions on Japan’s defence forces as it grapples with China’s rising militarisation.

“One of the major concerns is the government would use emergency powers as a pure political performance [for] issuing arbitrary and irrational orders,” said Yamamoto.

Lawrence Repeta, a former professor of law at Meiji University, said the idea that the constitution needed to be changed for the Japanese government to implement effective emergency powers was “nonsense”.

“They saw the crisis as an opportunity to demand a change to the constitution,” he said.

The Diet passed laws in February that for the first time allowed state governors to impose financial penalties on businesses like Gonpachi that refused orders to shorten their hours and on individuals who refused to be tested or hospitalised for COVID-19. Prior to this, the measures were essentially voluntary.

But there was limited debate about wider stay at home orders or forced shutdowns of non-essential businesses.

Repeta said that if it wanted to, the Diet could also pass these measures without the need to hold a referendum according to articles 13 and 41 of the present constitution, which stipulate that “public welfare” is the highest consideration of all law and government action and that the Diet is the highest legislative body.

“If the issue is public safety and public health, over effective measures, to protect the people from disease, there’s no need to touch the constitution,” he said. “The parliament has full authority to adopt laws that would protect public health.”

“But here is Suga again talking about the constitution. The reason is not legal, but political.”

The government says it is constitutionally hamstrung to take tougher action at the same time as it hurtles towards an Olympics that it appears determined to hold despite polls showing up to 70 per cent of the public wanting the Games cancelled or delayed.

In Ginza at his empty bar, Ueno won’t see much of an Olympics business boost with borders shut. “I’m worried that Tokyo 2021 is going to be narrated after ages as the worst Olympic Games ever,” he said. “The most important thing is to cease this pandemic as fast as we can. That’s the way to help my business as well.”