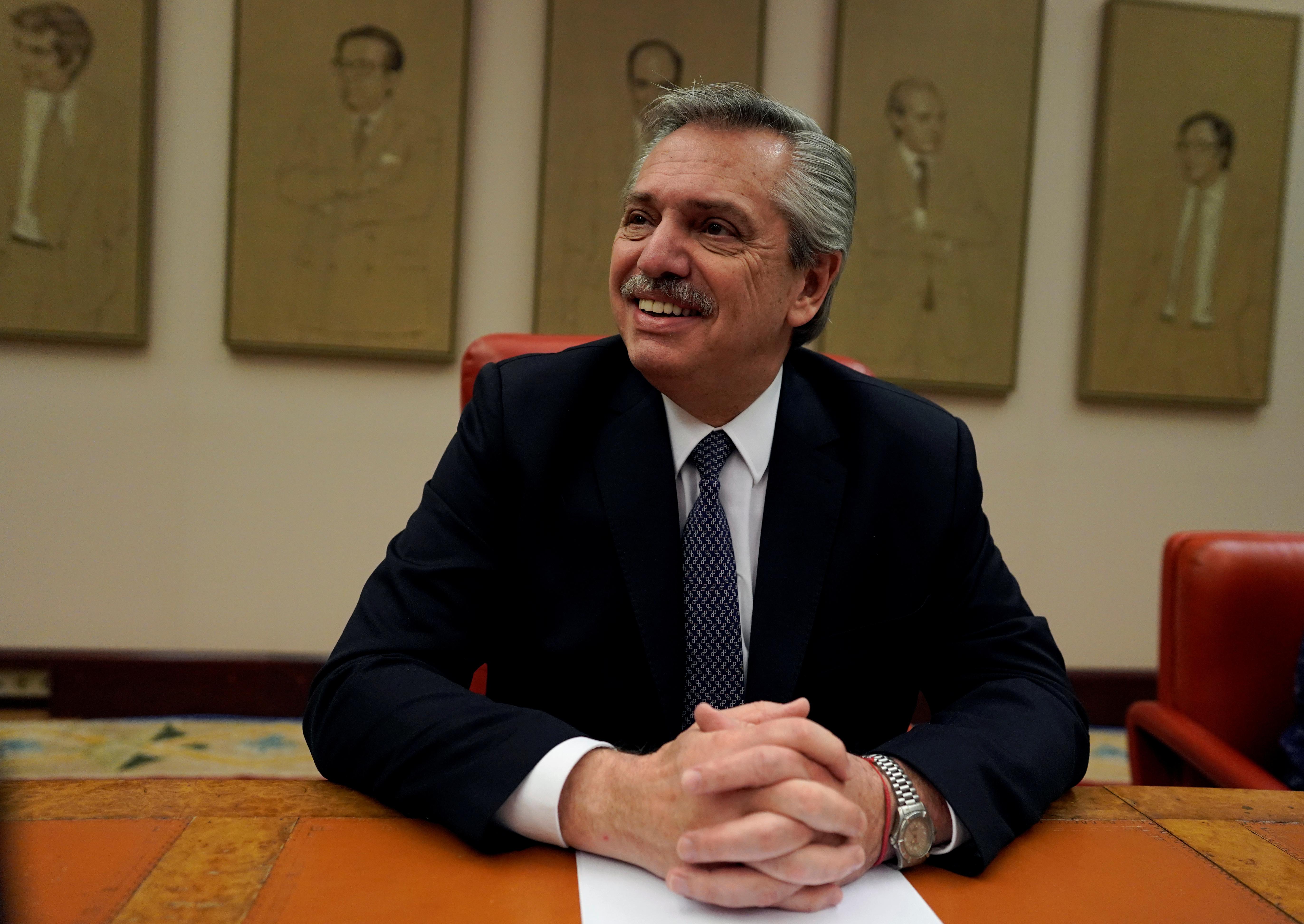 BUENOS AIRES/MADRID (Reuters) – Argentina’s likely next president, opposition front-runner Alberto Fernandez, laid out his populist credentials during a visit to Madrid on Thursday, saying local Argentine interests would trump those of creditors and energy investors.

In comments that followed a speech in the Spanish parliament, he indicated that, if elected, he would take a tougher stance on international access to Argentina’s vast Vaca Muerta shale reserves, a magnet for investment.

“There’s no point in having oil if in order to extract it you have to let multinationals come and take it away,” he said. “I don’t have a problem with multinationals but my primary concern is to generate riches for Argentina and Argentines.”

Fernandez, a moderate Peronist running alongside populist ex-leader Cristina Fernandez de Kirchner, added he was committed to meeting debt obligations as long as it did not harm Argentines.

“We’ll do what we have always done, which is to fulfill and honor our debts, but we will not do it at the expense of our people,” Fernandez said in expansive comments while in Madrid to teach university classes.

Wary investors have been seeking clues about how Fernandez would lead South American’s No. 2 economy since he soundly defeated incumbent President Mauricio Macri in an August primary, dashing the center-right president’s chances of winning a general election in October.

The shock result caused a market tailspin with the peso and bonds tumbling to record lows. Macri, who came to power in 2015 as a free-market champion and critic of interventionist policy, was forced to roll out plans to delay payments on around $100 billion of debt amid default fears and impose currency controls.

Those controls have stabilized markets, but the economic outlook has dimmed. A central bank poll of economists hiked its inflation forecast for the year to 55% and cut its outlook for the economy, which it now expected to shrink 2.5%.

On Thursday, Argentina’s country risk fell by 155 points, easing after it recently hit its highest level since 2005 on political and economic concerns. The peso closed flat 56.04 per U.S. dollar, traders said.

The country’s over-the-counter bonds continued to rise, up an average of 3%, while the domestic Merval stock index jumped almost 9% after a strong rise also on Wednesday.

On Thursday, ratings agency Fitch downgraded the debt of eight Argentine firms from telecoms to energy, saying it believes “the current controls and risks of further tightening could potentially impair the private sector’s ability to access foreign exchange to meet debt service.”