BUENOS AIRES (Reuters) – Argentine markets recovered following an early wobble on Monday as investors grappled with the likely impact of a shock twist in the country’s presidential election race after the main populist challenger opted instead to launch a vice presidential bid. 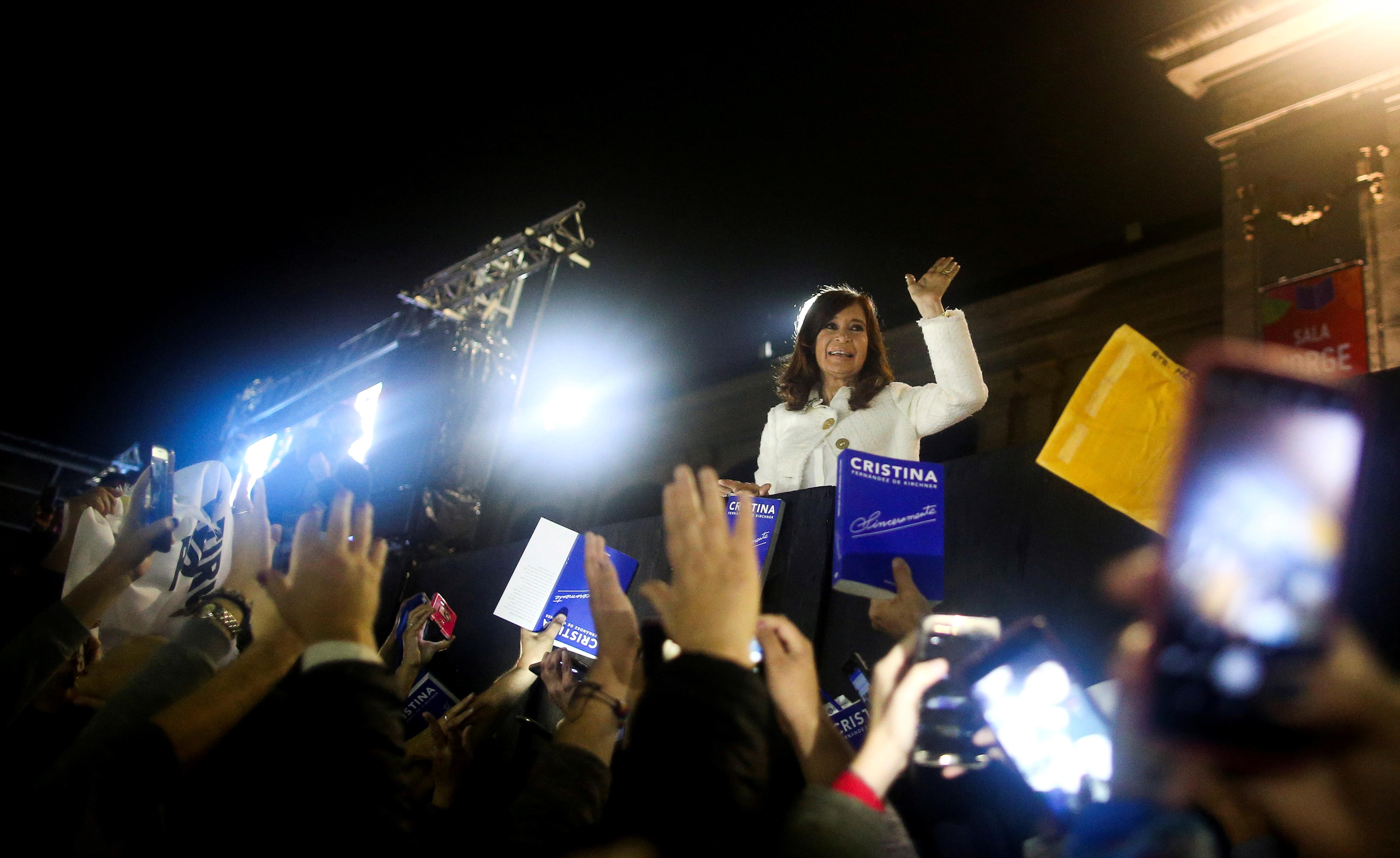 The country’s sovereign bonds eked out a gain after an early fall, while the local S&P Merval equities index performed a similar U-turn to close up for the day. The peso currency pared early losses to close down 0.4%.

Cristina Fernandez de Kirchner, a former president with an ardent support base who is unloved by global investors, surprised locals and international observers on Saturday by saying she would run for vice president alongside former cabinet chief Alberto Fernandez, a veteran political operator who has both backed and criticized her in the past.

Economists said the shock move could add to market uncertainty in the short-term but it should help temper volatility ahead of national elections in October.

“The (political) effect on bonds is hard to read, but we believe the reaction will be between neutral and positive,” said Ezequiel Zambaglione, head of research at the brokerage Balanz, saying the move would cushion Cristina Fernandez’s impact.

The former president would likely still wield much power given the lower profile of her running mate, but being forced to put a more moderate ally above her on the ticket should create a buffer for any more contentious policies.

Investors consider Cristina Fernandez a riskier prospect because of her past populist policies. She introduced currency controls and tax increases on farm exports while in office between 2007 and 2015.

“Taking a CFK (Cristina Fernandez) presidency off the table is likely to be welcomed by investors,” Capital Economists said in a note on Monday, adding it “reduced the odds of a disorderly post-election default,” a risk that had spooked investors.

It could, however, strengthen the challenge against center-right incumbent Mauricio Macri if the Fernandez-Fernandez pair can win over the more moderate wing of the broad Peronist opposition, the consultancy added. The pair are not related.

Government officials hit back at the move, saying Cristina Fernandez would still be the major political force of the pair and the decision revealed her concerns about the polls.

“It could be the sign of weakness,” Andrés Ibarra, deputy chief of staff, told a press briefing on Monday.

Many investors, however, remained undecided how the development would play for the election – and markets.

Goldman Sachs said the “unexpected and somewhat dramatic turn of events” was tough to read, though the new candidate was seen as “more moderate and pragmatic, and a less divisive figure” than his running mate.

“Overall, it is unclear how this development will change the electoral dynamics.”