Arnold Schwarzenegger delivers message to Russian people: 'Ukraine did not start this war' 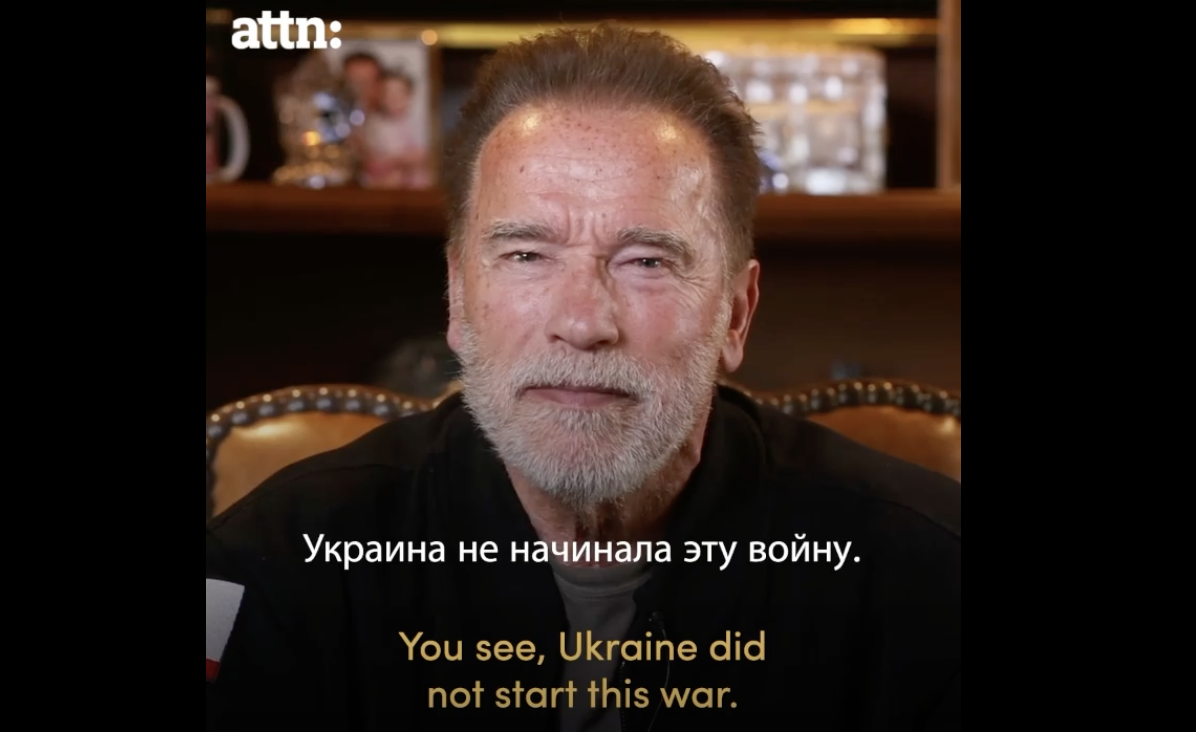 Arnold Schwarzenegger is making an appeal to the Russian people amid Putin's invasion of Ukraine.

The action star and former California governor shared a nine-minute video to his social media pages calling for an end to the war — and telling Russian soldiers and citizens, who have their media controlled and censored by the government, that "Ukraine did not start this war."

"I am speaking to you today because there are things that are going on in the world that are being kept from you, terrible things that you should know about," the global superstar, who visited Russia many times for work and as a tourist, began his message.

The Terminator star, 74, went on to say that because of his affection for the Russian people, he wanted to share the "truth" about the war. "No one likes to hear something critical of their government. I understand that. But as a longtime friend of the Russian people, I hope you will hear what I have to say."

"You see, Ukraine did not start this war. Neither did nationalists or Nazis. Those in power in the Kremlin started this war. This is not the Russian people's war."

Schwarzenegger talked about the United Nations vote in which 141 countries condemned Russia for starting the war and demanded the and withdrawal of Russian forces from Ukraine. Only four countries sided with Russia.

"The world has turned against Russia because of its actions in Ukraine," said Schwarzenegger, who showed video footage of a bombed orphanage, hospital maternity ward and displaced refugees — 3 million and counting.

Schwarzenegger said the government hasn't just been lying to citizens but to its soldiers. They've been given fake reasons for the war — and some soldiers weren't even told they were going into battle, leaving them unprepared and putting their lives at risk.

He shared a personal story comparing what Russian soldiers have been told to his Austrian father being lied to by his government when he was a Nazi soldier.

"He lived the rest of his life in pain," Schwarzenegger said of his father, both physically and mentally "from the guilt he felt."

"To the Russian soldiers listening to this broadcast, you already know much of the truth that I've been speaking," he said. "You have seen it with your own eyes. I don't want you to be broken like my father. This is not the war to defend Russia that your grandfathers or great-grandfathers fought. This is an illegal war."

Schwarzenegger called on Russians to help spread the truth about the "human catastrophe that is happening in Ukraine."

To President Vladimir Putin, Schwarzenegger sent a direct message: "You started this war. You are leading this war. You can stop this war."

Schwarzenegger concluded his video by applauding the bravery of Russian protestors who have spoken out against the war and faced consequences for it.

"You are my new heroes," he said. "You have the true heart of Russia."

Schwarzenegger's message, which has gone viral, is being sent at a time in which Russia is tightly controlling how news is being reported within the country. The government has also censored the internet, blocking various news sites as well as social media platforms including Twitter, Facebook and Instagram.