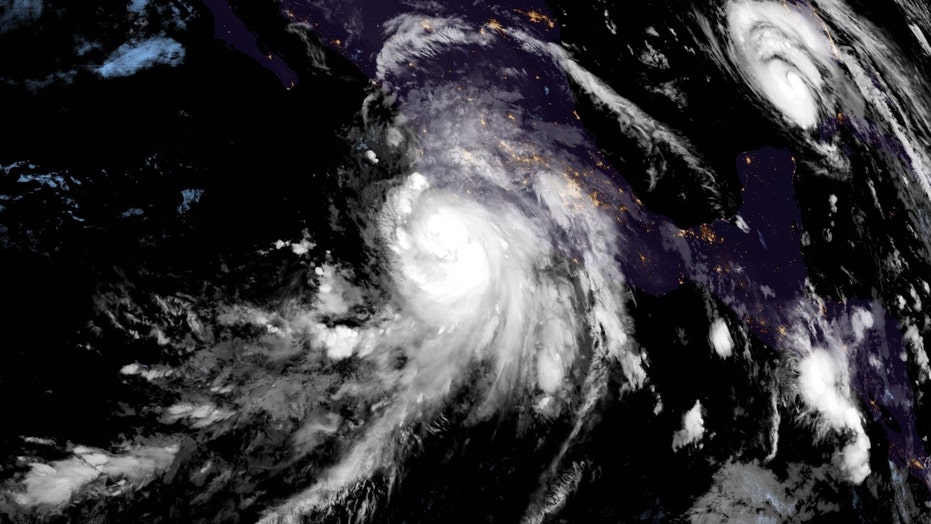 As Hurricane Ida moves rapidly toward Gulf Coast, Hurricane Nora was swirling over the eastern Pacific Ocean on Saturday.

According to the National Hurricane Center, the storm was located approximately 230 miles south of Cabo Corrientes, Mexico and moving toward the northwest near 12 mph.

The center of the storm is expected to reach the southwestern coast of Mexico later Saturday before passing near the coast of the states of Jalisco and Nayarit.

The Category 1 hurricane is then projected to move into the Gulf of California on Sunday and Monday.

Heavy rain associated with Nora will fall across coastal portions of the Mexican states of Guerrero, Michoacan, Colima and Jalisco.

Rainfall totals of 8 to 12 inches are forecast through the weekend with the potential for isolated maximum amounts of 20 inches, producing life-threatening flash flooding and mudslides.

As Nora moves north-northwest, the rainfall will shift into the Baja California Sur late Sunday into Monday.

For portions of Baja California Sur, rainfall totals of 4 to 8 inches are forecast, with isolated maximum amounts of 12 inches.

Life-threatening flash flooding and mudslides may also occur there as a result.

Additional storm-term strengthening is anticipated as long as Nora remains offshore of the Mexican coastline.

On Saturday, AccuWeather meteorologists were reportedly monitoring the potential for flooding and “tropical downpours” in the southwestern U.S.

While the storm may no longer be designated a hurricane or even a tropical storm by the time it reaches the area, AccuWeather Senior Meteorologist Rob Miller said that Nora could still “bring a dose of tropical moisture to parts of Arizona, Utah, New Mexico and Colorado that could lead to flash flooding during the middle and end of next week.”