JAKARTA (Reuters) – Indonesia’s government has over-ruled efforts by a province to lockdown its borders to prevent the coronavirus from spreading, highlighting the country’s reluctance to embrace the strict containment strategies of other nations. 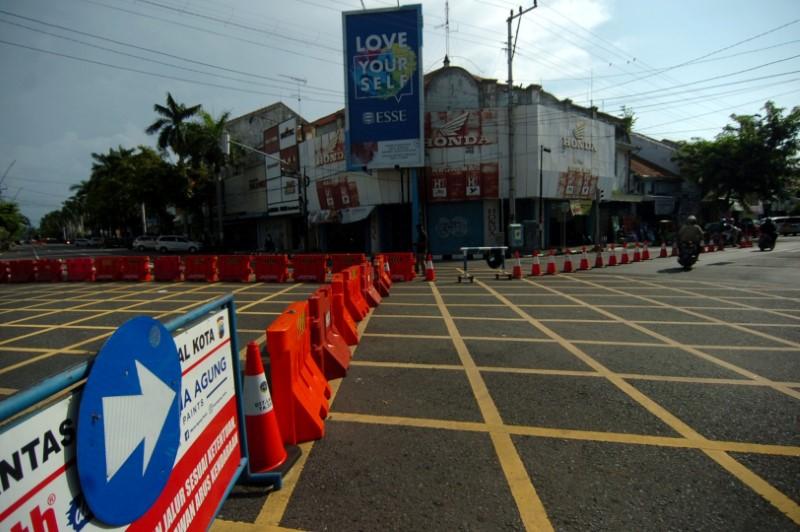 President Joko Widodo’s policy to curb the virus encourages social distancing but does not tightly restrict movement across Indonesia.

“Every country has their own characters, cultures, and discipline level,” Widodo said in a social media post on Tuesday. “With this in mind, facing this COVID-19, we don’t opt for lockdown”.

On Friday, the world’s fourth most populous country announced the biggest one-day surge in coronavirus cases, up 153 to 1,046. Indonesia has only conducted 4,336 tests, a fraction of those done by other nations. One model by infectious disease experts suggests there are as many as 50,000 cases.

Hundreds of thousands of residents of Jakarta, where most confirmed cases have been clustered, have left over the past week for their home villages to find a safe haven, or after losing their jobs, officials said.

In response, local governments are taking matters into their own hands.

On Thursday, the easternmost province of Papua shut its airports, sea ports and land borders to passengers for 14 days, alarmed that the coronavirus had reached there.

In Tegal in Central Java, the mayor this week closed 49 access points and shut public spaces until July 30 after someone who had returned from Abu Dhabi contracted the coronavirus.

“People need to understand the policy I took. If I had to choose, I’d rather be hated by people then let them die,” the mayor, Dedy Yon Supriyono, was quoted by CNN Indonesia as saying.

In Papua, the decision to close its borders was taken in consultation with the police and the military, documents showed.

Papua’s four airports and sea ports were closed on Thursday and remained shut on Friday, a government official said.

The order to reverse the airport closures reflected the views of the “highest level of government”, said Novie Riyanto, a senior official at the Ministry of Transport, .

“We have no national lockdown. If we close the airport, it means that we are against the direction of the president,” Riyanto said in a video.

Ahmad Syarif Syechbubakr, a Jakarta-based analyst with Bower Group Asia, said Widodo was “very concerned about the economic impact of the lockdown” and his advisers saw a risk of social unrest by millions of informal workers like street hawkers and laborers if movement is restricted.

The University of Indonesia’s Panda Rio said authorities must cancel the “mudik”, when millions of Indonesians leave towns for their villages at the end of the Muslim fasting month Ramadan in May.

“Many people going home are likely to come from a place that’s infested with the virus,” he said.