(Reuters) – WikiLeaks founder Julian Assange has portrayed himself as a champion of a free press, but the U.S. Department of Justice’s decision to charge him with conspiring to hack government computers limits his ability to mount a vigorous free speech defense, some legal experts said.

The charge unsealed in federal court in Alexandria, Virginia on Thursday said that in 2010 Assange agreed to help Chelsea Manning, a former U.S. Army intelligence analyst then known as Bradley Manning, crack a password to a U.S. government network.

At the time, Manning had already given WikiLeaks classified information about U.S. war activities in both Afghanistan and Iraq, as well as Guantanamo Bay detainees, prosecutors said. The scheme would have allowed Manning to log in to the network anonymously and avoid detection, the indictment said.

Robert Chesney, a professor of national security law at the University of Texas, said that the case did not implicate free speech rights because it turned on the idea that Assange tried to hack a password.

“The charge is extremely narrow and that’s by design,” said Chesney.

The indictment, which was made secretly last year and released on Thursday, does not charge Assange for publishing classified material. WikiLeaks released the classified war information on its website in 2010 and 2011.

There is no mention in the indictment of WikiLeaks’ publication of emails damaging to 2016 Democratic presidential candidate Hillary Clinton that U.S. intelligence agencies have said were stolen by Russia in a bid to boost Republican Donald Trump’s candidacy.

British police carried Assange out of Ecuador’s embassy in London on Thursday after his seven-year asylum there was revoked. The U.S. Department of Justice said Assange, 47, was arrested under an extradition treaty between the United States and Britain.

Barry Pollack, a lawyer for Assange, suggested in a statement that the indictment could chill press freedom, saying journalists should be “deeply troubled” by the “unprecedented” charges.

“While the indictment against Julian Assange disclosed today charges a conspiracy to commit computer crimes, the factual allegations against Mr. Assange boil down to encouraging a source to provide him information and taking efforts to protect the identity of that source,” Pollack said.

Assange has long said WikiLeaks is a journalistic endeavor protected by freedom of the press laws. In 2017, a U.K. tribunal recognized WikiLeaks as a “media organization.”

The Justice Department debated for years whether prosecuting Assange and WikiLeaks would encroach on First Amendment protections, according to former officials.

The department under President Barack Obama made a conscious decision not to bring charges against Assange on the grounds that WikiLeaks’ activities were too similar to what conventional journalists do, the former officials said.

The charge against Assange of conspiracy to commit computer intrusion minimized concerns that freedom of the press would be undermined and made it more difficult for him to argue that his free speech rights were at stake, some legal experts said.

“A lot of the broader legal and policy implications have been alleviated by how narrowly tailored this indictment is,” said Bradley Moss, a national security lawyer in Washington who represents whistleblowers and journalists.

Free speech advocates had worried that Assange would be prosecuted for publishing classified information he obtained from Manning in violation of the Espionage Act.

It is not unusual for journalists to publish classified material they obtain from sources and such a prosecution against Assange would have raised concerns that reporters could face similar charges, according to Steve Vladeck, a professor of national security law at the University of Texas.

Assange is likely to argue that the conspiracy charge was a pretext and the government really is prosecuting him for the publication of classified documents, lawyers not involved in the case said.

David Miller, a former federal prosecutor in New York and Virginia, said Assange’s defense would likely face “an uphill battle” assuming the government’s proof of communications and contacts with Manning is strong. 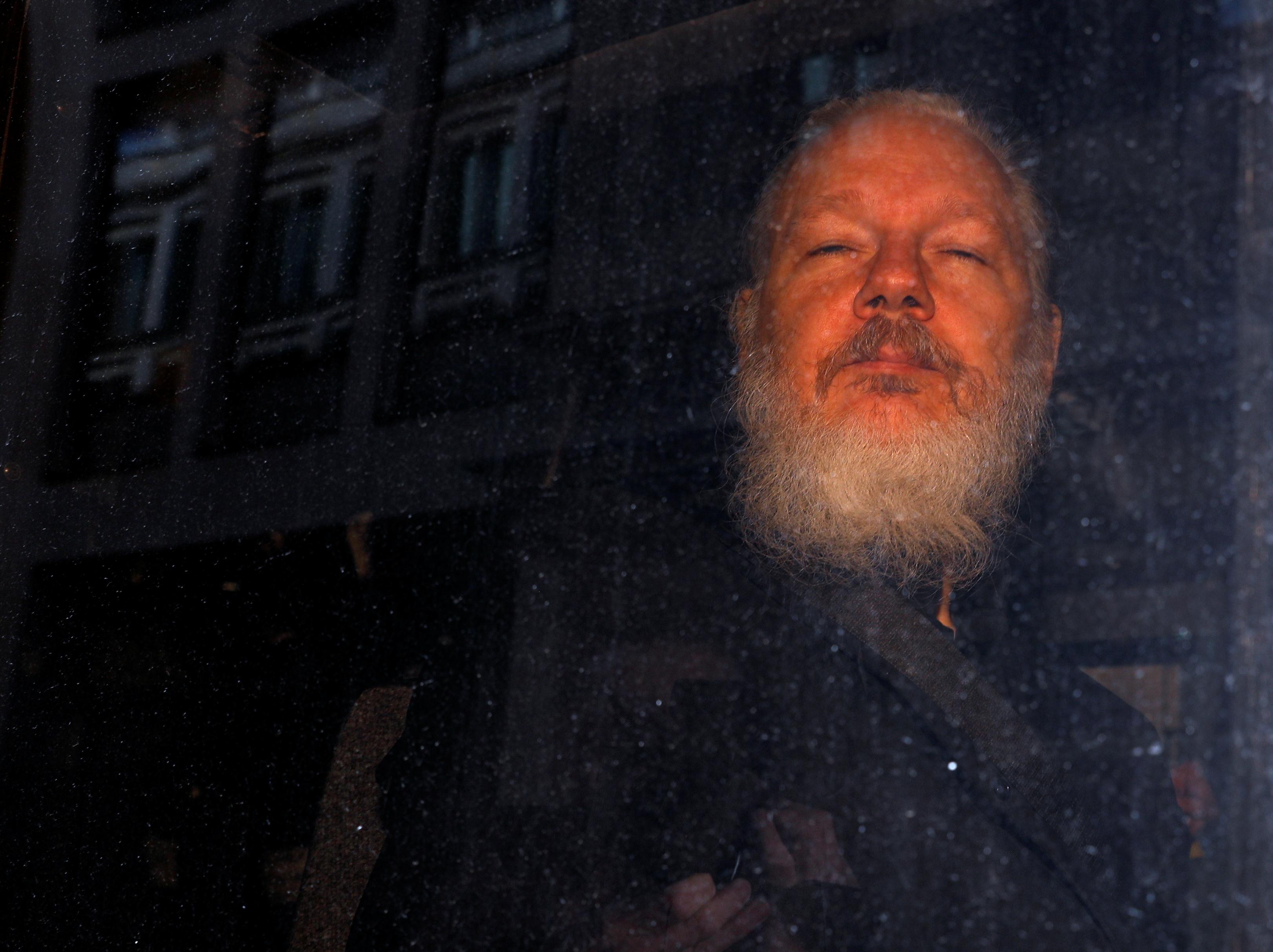 Prosecutors will emphasize that cracking a password is far outside the realm of what respectable journalists do, Chesney at the University of Texas said.

“All of this turns on the idea that Assange tries to hack a password,” Chesney said. “That’s not journalism, that’s theft.”

Manning was convicted by court martial in 2013 of espionage and other offenses for furnishing more than 700,000 documents, videos, diplomatic cables and battlefield accounts to WikiLeaks. Obama, in his last days in office, commuted the final 28 years of Manning’s 35-year sentence.