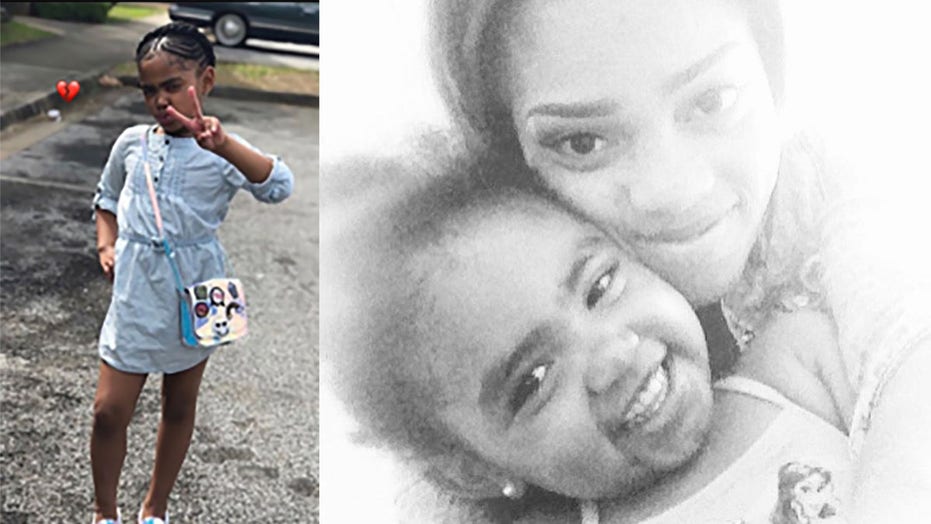 Protesters tell Steve Harrigan that police officers will have to leave the area.

The parents of an 8-year-old Atlanta girl who was shot and killed by gunmen in crowd of armed people during protests in the area are suing the city and others just one month shy of a year later, they announced on Monday.

Secoriea Turner was slain on July 4, 2020, while riding in an SUV with her mother and a friend of her mother, near the Wendy’s restaurant where Brooks, a 27-year-old Black man, was killed by a White police officer on June 12. The lawsuit filed by Charmaine Turner and Secoriey Williamson says city leaders showed negligence in failing to remove armed vigilantes who gathered at the site along with peaceful protesters, which created a dangerous situation that led to Secoriea’s death.

“Secoriea should be here. None of what we’re doing will ever bring our baby back. Her life is priceless,” Turner said during a news conference Monday. “We deserve justice. Someone needs to be held accountable.”

The restaurant was set on fire the day after Rayshard Brooks was shot and killed several weeks earlier. People protesting police brutality camped out at the site of his shooting during the weeks that followed.

Makeshift barricades had been set up in the area, and armed men had been blocking roads and turning some drivers away. As the driver of the SUV Secoriea was riding in approached the barricade, armed people began walking toward the vehicle and signaling the driver couldn’t pass and one or more people shot into the vehicle, the lawsuit says. 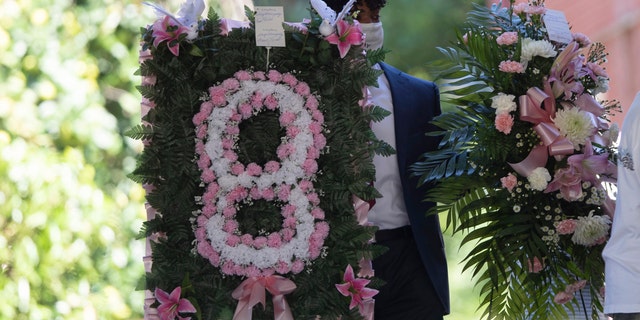 A man carries flowers into a viewing for 8-year-old Secoriea Turner, who was fatally shot in Atlanta on July 4th near the Wendy’s site where Rayshard Brooks was killed the previous month Tuesday, July 14, 2020, in South Fulton, Ga. (AP Photo/John Bazemore)

The city stopped tolerating protesters occupying the Wendy’s site after Secoriea’s killing, and the charred shell of the restaurant was demolished on July 14.

The lawsuit was filed in Fulton County State Court against the city, Mayor Keisha Lance Bottoms, Atlanta Police Chief Rodney Bryant, City Council member Joyce Sheperd, Wendy’s International and the company that owns the property where the Wendy’s was located.

A spokesperson for the mayor’s office called Secoriea’s murder “a result of senseless gun violence” and “a tragedy that no family should have to endure.”

“Due to the anticipated litigation, the City will offer no further comment, at this time,” the spokesperson told Fox News.

A police spokesman said the department doesn’t comment on pending litigation. Reps for Sheperd and Wendy’s did not immediately respond to Fox News’ request seeking comment.

The suit says that violent, armed vigilantes mixed in among the peaceful protesters who gathered at the site to protest police violence and pay tribute to Brooks. At least two people had been shot and wounded in that area in late June. The street was barricaded by an armed militia that became increasingly violent and refused to let people pass, the lawsuit says.

City officials were aware of the dangerous situation and allowed it to happen, the lawsuit says. Bottoms said the city planned to clear the area weeks before Secoriea’s death, but Sheperd asked for more time to talk with protesters, the lawsuit says.

City and police leaders ignored community leaders’ calls for police help and did nothing to address the violence, the lawsuit says. According to a June 17 police department email quoted in the lawsuit, officers had been told to respond to victims of violence but “not be overly proactive in any shape, form or fashion.”

“The mayor, the city council and the police department are specifically making the decision not to have law enforcement at a certain location,” said Shean Williams, a lawyer for the family, calling it a unique situation.

The lawsuit accuses city leaders at the highest levels of failing to provide basic public safety and public protection.

Wendy’s and the property owner also behaved negligently by failing to provide safety and security on the property and at its access points, the lawsuit says.

“They allowed a nuisance to occur at the property,” Williams said. “They were on notice of that nuisance — the danger, the hazards that persisted with vigilantes being on the property.”

The lawsuit seeks a jury trial and asks for damages in an amount to be determined by a jury.

Julian Conley, 20, is charged with felony murder and aggravated assault in Secoriea’s death and remains in jail. He turned himself in July 15, a day after police got warrants for his arrest. His attorney said at the time that Conley was armed and protesting peacefully and witnessed the shooting but did not open fire.

Police have said several people were involved in the shooting, but no one else has been arrested.