London: Australia has entered the top 10 nations with the most effective soft power, according to a leading index in which the United States dropped five points, ceding first place to Germany.

New Zealand was the fastest-rising nation – propelled by Jacinda Ardern’s personal popularity and the nation’s suppression of coronavirus – although missed out on a top 10 spot, coming in at 16th, in Brand Finance’s Global Soft Power Index.

Soft power is used to describe a country’s “attractive power”, its ability to influence through its reputation, as opposed to hard military power, according to Melissa Conley Tyler, from the University of Melbourne’s Asia Institute.

She said it had “real effects” including where people travel, what consumer goods they buy and where they send their children to study but was notoriously difficult to measure.

The United States soft power ranking collapsed in the second year of the rankings, falling from first place to fifth but Britain, which has the highest coronavirus death toll in Europe, remained unchanged in third place. China fell just three places, from fight to eighth.

Brand Finance’s Index is calculated using surveys of more than 55,000 people in 100 countries including a cohort of specialists in the field of diplomacy and business.

Countries are graded on awareness and familiarity, influence, global reputation and performance in key sectors including trade and business, governance, culture and heritage, media and communication, education and science and people and values.

Australia ranked in the top 10 in similar global rankings of soft power by British consultancy firm Portland from 2015 to 2019, but this report is no longer compiled. 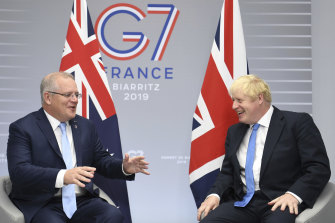 David Haigh, CEO of Brand Finance, a London-based firm with offices in Sydney that measures the values of brands, said that governments’ management of the coronavirus pandemic shaped the responses to the 2021 Index, which saw Germany replace the United States in the top spot.

He said perceptions of two of the world’s most popular women leaders as empathetic and competent – Germany’s Angela Merkel and New Zealand’s Jacinda Ardern – had only been boosted by their management of the pandemic.

“She is considered by most as being confident, decisive and fair and ranks among the most respected leaders in the world. She has been instrumental in boosting New Zealand’s soft power this year,” Haigh said of Ardern.

While Australia has like New Zealand virtually eliminated the disease, Haigh said it was likely that the policy of locking Australians in and out of the country, as well as the erratic implementation of internal border closures, had hampered its overall score.

“It’s also likely that Australia’s strict border controls and quarantine measures elevated negative perceptions, despite being effective in managing the spread of the virus, [and] sparked criticism about the restriction of movement,” Haigh said.

Melissa Conley Tyler said that while the country’s ranking would have been boosted by its coronavirus response, Australia’s climate policy and international concerns around its treatment of asylum seekers and indigenous peoples remained significant drags on overall perceptions of Australia and its subsequent soft power.

She said that perceptions of a country’s leader also mattered.

“I think positive perceptions of a country’s leader are very important and I’m not surprised that the Jacinda factor has worked in New Zealand’s favour,” she said.

China only fell three points and remains in the top 10 and while Boris Johnson has been widely criticised for the UK’s shambolic pandemic response, Britain’s position in the rankings remained unchanged at third.

Haigh said China’s soft power remained strong in the developing world despite a “torrent of bad press regarding its handling of the virus, as well as questions surrounding human rights, environmental protection, and open conflict with nations such as Australia”.

“While China has been criticised by Western media for various issues at home and on its borders, these criticisms do not seem to have adversely affected the developing world which has responded favourably to Chinese infrastructure, medical, educational and financial support,” Haigh said.

“China focused on economic and hard power to date, and both are surging. It is now turning its attention to soft power, particularly in the developing world,” he said.

He said the United States’ own poor performance responding to coronavirus had left “an open goal for China”.

He said US President Joe Biden would have a difficult task restoring America’s reputation abroad.

“Its poor response to COVID-19 and the disastrous presidential election campaign have seriously damaged its soft power, but its underlying equity is strong, and Biden may now repair the damage.”

The federal government has quietly shelved a review into Australia’s soft power, which was commissioned by former Foreign Minister Julie Bishop in 2018.

The revelation only emerged in October last year during Senate Estimates when opposition foreign spokeswoman Penny Wong quizzed DFAT secretary Frances Adamson as to the whereabouts of the study’s findings.

“We have decided to discontinue work on the soft power review,” Adamson told the hearing. However, she confirmed that a draft of the review was handed to Foreign Minister Marise Payne.

Melissa Conley-Tyler said the decision to discontinue the review was understandable.

“The soft power assets it would have been promoting – such as Australia’s cultural industries, tourism and international education – have all been hit hard by COVID-19 and border closures,” she said.

A spokesman for Ms Payne said that the Department of Foreign Affairs and Trade recommended discontinuing the Soft Power Review “due to the rapidly evolving and urgent response required for COVID in 2020”.

“The way in which Australia exercises our strategic diplomacy is of paramount importance. However, it was clear that the Soft Power Review was increasingly outdated because it was addressing an entirely pre-COVID world.”

Submissions to the review would inform new approaches in the future, he said. 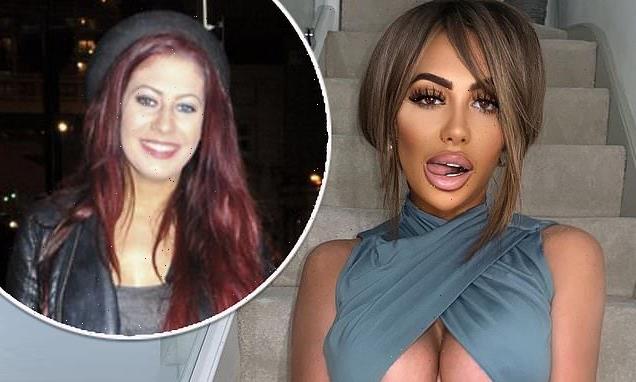