We have made our live coverage of the coronavirus pandemic free for all readers. Please consider supporting our journalism with a subscription.

Hundreds of international students will start returning to NSW by the end of this year, although vaccine restrictions will mean students from key markets in China and Nepal are not likely to be among them.

NSW Treasurer Dominic Perrottet confirmed the plan to restart the state’s critical international higher education sector had been finalised and would form part of the state’s road map to reopening after the Delta outbreak. 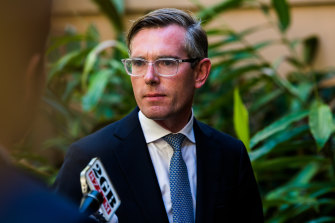 Mr Perrottet had been working on a plan to bring back international students for about 12 months, but it was thrown into disarray with the Delta outbreak.

He said “tens of thousands of people in NSW rely on the international student market for work” and the restart of the industry would “also address the rising issue of labour shortages in the state.”

A vaccination centre has closed and healthcare workers have been told not to wear their uniforms in public after abuse from protesters across Melbourne this week, including one case where a nurse was allegedly spat on.

Plans for a fourth day of widespread protests against mandatory vaccinations and the closure of the construction industry did not materialise yesterday, as the Health Department revealed a person who attended Wednesday’s rally was in hospital with COVID-19. 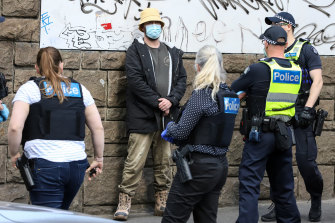 A spokesperson for the department said it was investigating the case and urged anyone who attended the protest to get tested if they had any symptoms.

Police said they arrested 92 people across the city yesterday, primarily for breaching public health directions, and would “continue to provide a highly visible presence across the city over the coming days”.

In an attempt to bypass hundreds of police deployed across the CBD, organisers tried to organise a protest at the Melbourne Museum vaccination centre. However, dozens of police were sent to monitor the Museum and adjoining Carlton Gardens, where no protests eventuated.

More on the situation in Melbourne here.

Treasurer Josh Frydenberg has backed the case to cut greenhouse gas emissions to net zero by 2050 in a warning that Australia must not be left behind in a mammoth economic shift that will impose sweeping costs on countries that do not act on climate change.

Mr Frydenberg will point to powerful decisions by global investors to outline the need for the more ambitious target, in the strongest endorsement to date from a senior cabinet minister on a question that has divided Liberals and Nationals. 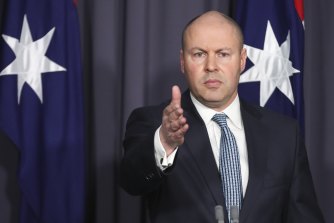 His call is likely to strengthen support for the goal within the government as Nationals leader and Deputy Prime Minister Barnaby Joyce holds out against the target, while Prime Minister Scott Morrison tries to settle the issue after returning this weekend from meetings in the United States.

This morning’s headlines at a glance

It’s Friday, September 24. I’m Broede Carmody and I’ll be anchoring our live coverage for the first half of the day.

Here’s everything you need to know before we get started: