Austrian hospital accidentally amputates the wrong LEG of patient, 82, and must now remove the correct limb as well in ‘tragic mistake’ blamed on human error

An Austrian hospital has admitted to amputating the wrong leg of one of its elderly patients during what should have been a routine procedure.

The Freistadt Clinic, in a small town of the same name near the Czech border, said it was ‘deeply shocked’ and described the incident as a ‘tragic mistake’.

The elderly patient, 82, required surgery to remove his left leg owing to previous illnesses, but surgeons marked up the wrong limb before heading into the operating theatre.

But it was two days later, during a routine bandage change, when horrified nurses found the hospital had made a serious error during the operation.

A full investigation as well as a standards review has been promised by the clinic in the wake of the news. 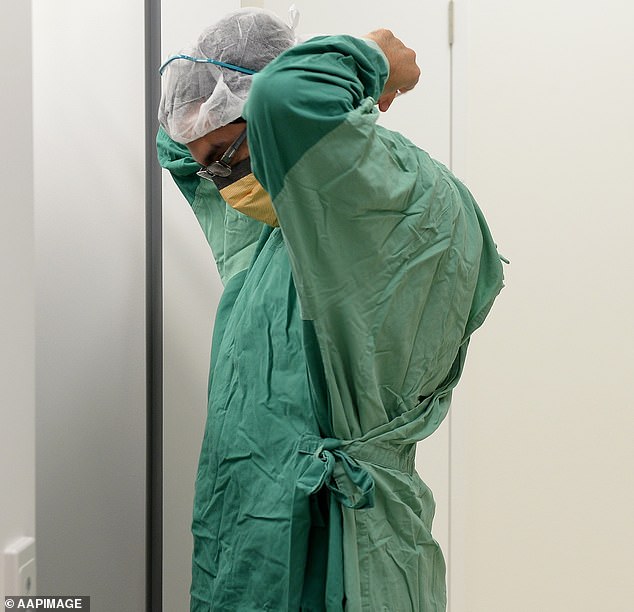 The Austrian clinic says it will review its standards after surgeons marked up the wrong leg for amputation, before the mistake was realised two days later (File picture)

In a statement released today, the clinic said:  ‘We are deeply shocked that on Tuesday, despite quality assurance standards, the wrong leg of an 82-year old man… was amputated’.

Previous sicknesses had affected the the elderly patient’s limbs, to the point that his left leg required amputation.

But according to the clinic, doctors marked up his right leg for the chop by mistake shortly before his operation.

‘Unfortunately the mistake, in which the right leg was removed instead of the left, occurred as a result of a sequence of unfortunate circumstances,’ the clinic said, adding that it was investigating what happened and would review its standards.

The patient has been offered psychological assistance and must still undergo another operation to remove his left leg from mid-thigh.

‘The operation is planned shortly,’ the clinic said.