VIENNA (Reuters) – Austria’s two ruling parties agitated to end their coalition on Monday, with the chancellor seeking to oust the interior minister and his far-right coalition partner threatening to quit the teetering government if he does. 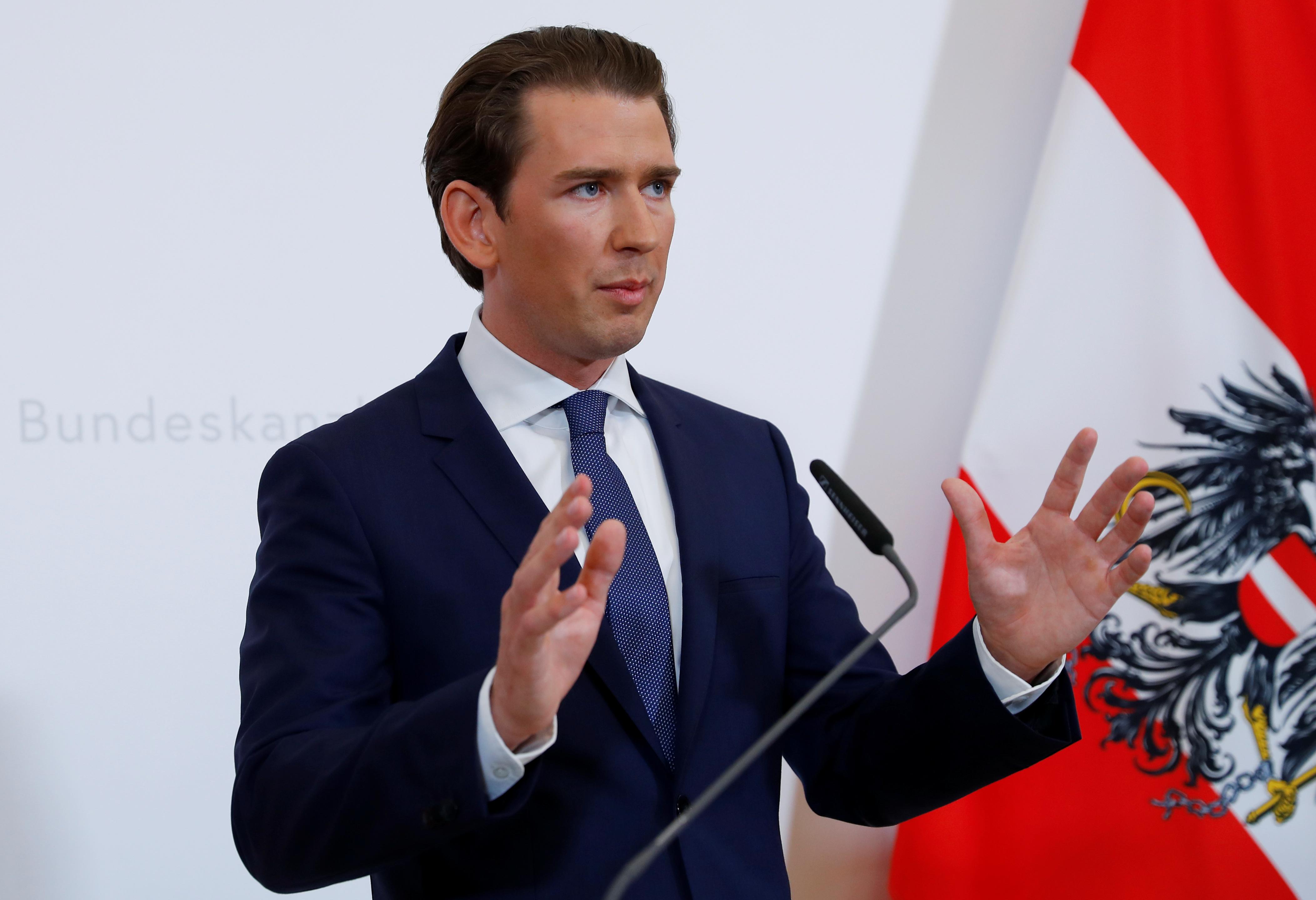 The minister, Herbert Kickl, one of Austria’s best known politicians, accused conservative Chancellor Sebastian Kurz of trying to orchestrate a power grab to regain control of a ministry at the heart of the security apparatus after his party lost it to the far right after the 2017 election.

Kurz called off his coalition with the far-right Freedom Party (FPO) on Saturday after longtime FPO leader Heinz-Christian Strache was caught in an apparent sting operation offering to fix state contracts and discussing how to work around party financing laws.

Strache stepped down as vice chancellor on Saturday, a day after footage of the almost two-year-old sting was published by German media. Who was behind it remains unclear. An early election is expected to be called for September.

But overnight a new fight emerged over whether the two sides could even work together on an interim basis until the election – heightening the potential disarray just days before Austria votes for its lawmakers for the European Parliament.

“I expect that the chancellor will suggest to the president that the interior minister be dismissed from the government,” European affairs minister Gernot Bluemel, a close ally of Kurz’s, told national broadcaster ORF on Sunday night.

Bluemel said that since Kickl was FPO chairman at the time of the sting, he should not be allowed to remain in a ministerial job in which he would oversee the investigation into what happened and whether there was any wrongdoing.

Strache has described the sting, which involved a woman posing as the niece of a Russian oligarch, as a “targeted political assassination” and said it never led to any money changing hands. He insisted the only crime that took place was illegally videotaping a private dinner party.

The Kremlin on Monday denied any involvement in the scandal. The pro-Moscow FPO has a cooperation agreement with Russian President Vladimir Putin’s United Russia party.

FPO officials said their party’s ministers would step down in unison if Kickl was forced out.

“We will vacate our positions if the interior minister is dismissed,” new FPO leader Norbert Hofer told a joint news conference with Kickl.

He said he already refused an earlier offer from Kurz to keep their coalition going without Kickl. Bluemel said that version of events was “absurd”.

Kickl has been the most controversial minister in this government, not least because during his tenure a police raid was carried out in the offices of the country’s main intelligence service, the Federal Office for the Protection of the Constitution and Counterterrorism (BVT), which he oversees. 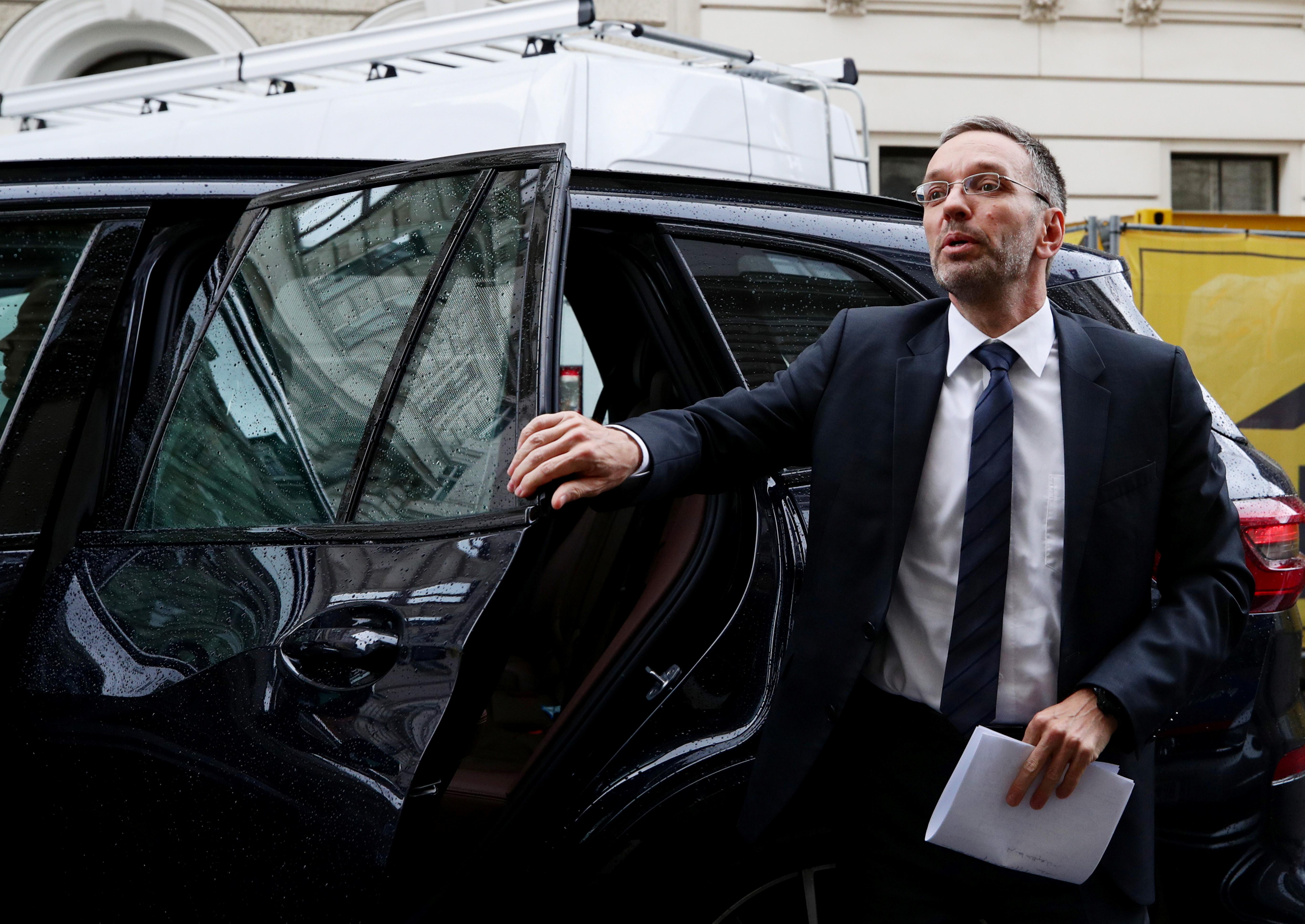 Opposition politicians have accused Kickl of trying to arrange a purge of the BVT’s ranks, which he denies. Until the last election, the Interior Ministry had been run by Kurz’s People’s Party (OVP) for almost two decades.

“This ministry was for many … years the linchpin of the engine of a ruthless OVP power system in this republic,” Kickl said, adding that for Kurz: “It therefore had to come back under the OVP’s control, no matter the cost.”

Kurz is due to issue a statement at 12:30 p.m. (1030 GMT). President Alexander Van der Bellen is due to meet Hofer at 3:30 p.m. and the head of the opposition Social Democrats two hours later. Kickl said he would meet Kurz in the afternoon.