Avalanche hits a Swiss piste leaving up to 12 people buried

Multiple people have been buried after an avalanche struck a ski resort in southern Switzerland on Tuesday afternoon.

Police Valais said the avalanche happened around 2.15pm at the Plaine Morte glacier and buried a ski slope known as Kandahar, covering an area of around 400m.

Nicolas Féraud, mayor of Crans-Montana, told local newspaper Le Nouvelliste that between 10 and 12 people could be trapped, but emphasized that was an estimate. 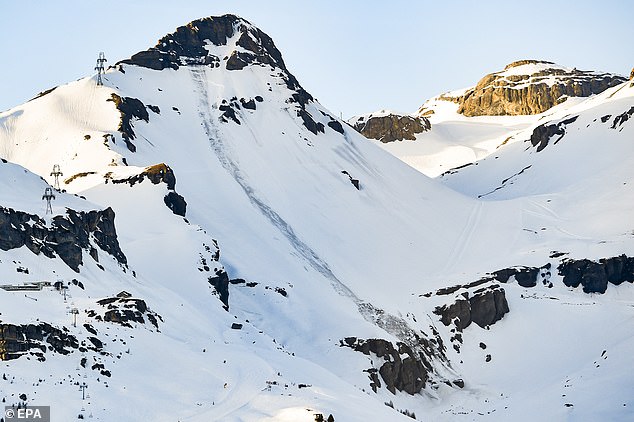 Up to 12 people have been buried underneath an avalanche after it struck a piste in the Crans-Montana region of Switzerland around 2.20pm Tuesday 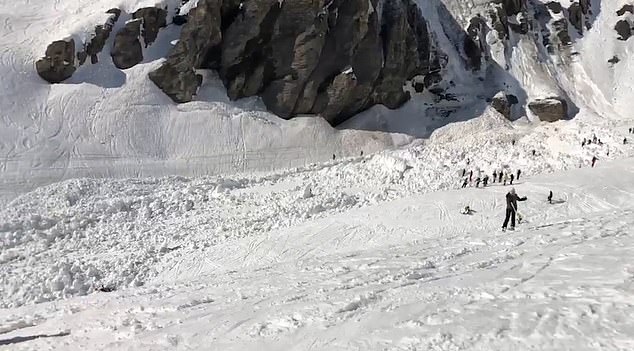 The avalanche covered an area of around 400m along a ski trail known as Kandahar, despite the area only being under a moderate warning

One witness told the paper that four helicopters were on scene alongside dogs which were helping to search the area.

The witness also claimed that four people had already been pulled from the snow-drift, but this was not confirmed by emergency services.

Video taken by reporter Laure Lugon Zugravu shows stunned skiiers gathered around a section of slope that has been covered with snow.

Rescue crews refused to say how many people could be buried because nobody in the disaster zone had been wearing avalanche detectors, making it impossible to know for sure. 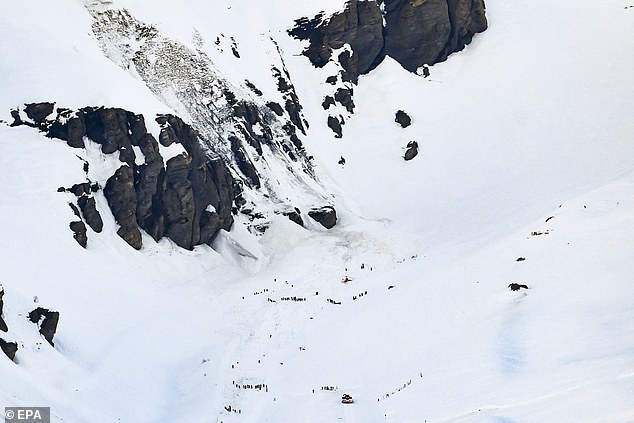 Witnesses said up to four helicopters and sniffer dogs were on scene helping to search for the missing (pictured, skiiers gathered around the affected slope) 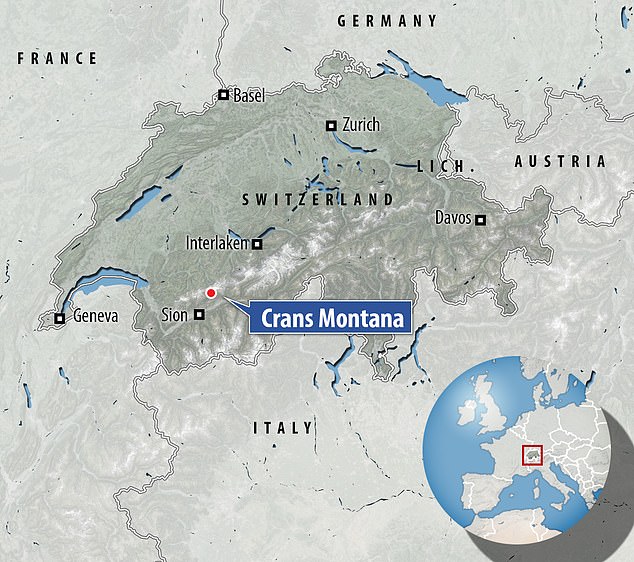 The avalanche happened in the Crans-Montana region around 2.15pm on Tuesday

Soldiers posted to the slope in advance of a skiing World Cup event due to take place there in the coming weeks also joined in the search.

Emergency workers said there had not been heavy snowfall in the area, but the snow was compact and wet, hampering rescue efforts.

The ski resort’s website showed the avalanche warning indicator was at the second of five possible levels, indicating a moderate risk.

Avalanches on well-established ski slopes, such as this one, are