A BABY and a man were seriously injured after a 4×4 filled with hippy crack crashed into their family car.

Shocking footage shows one man frantically chuck piles of empty laughing gas canisters from the footwell of a Nissan Navara after the horror smash. 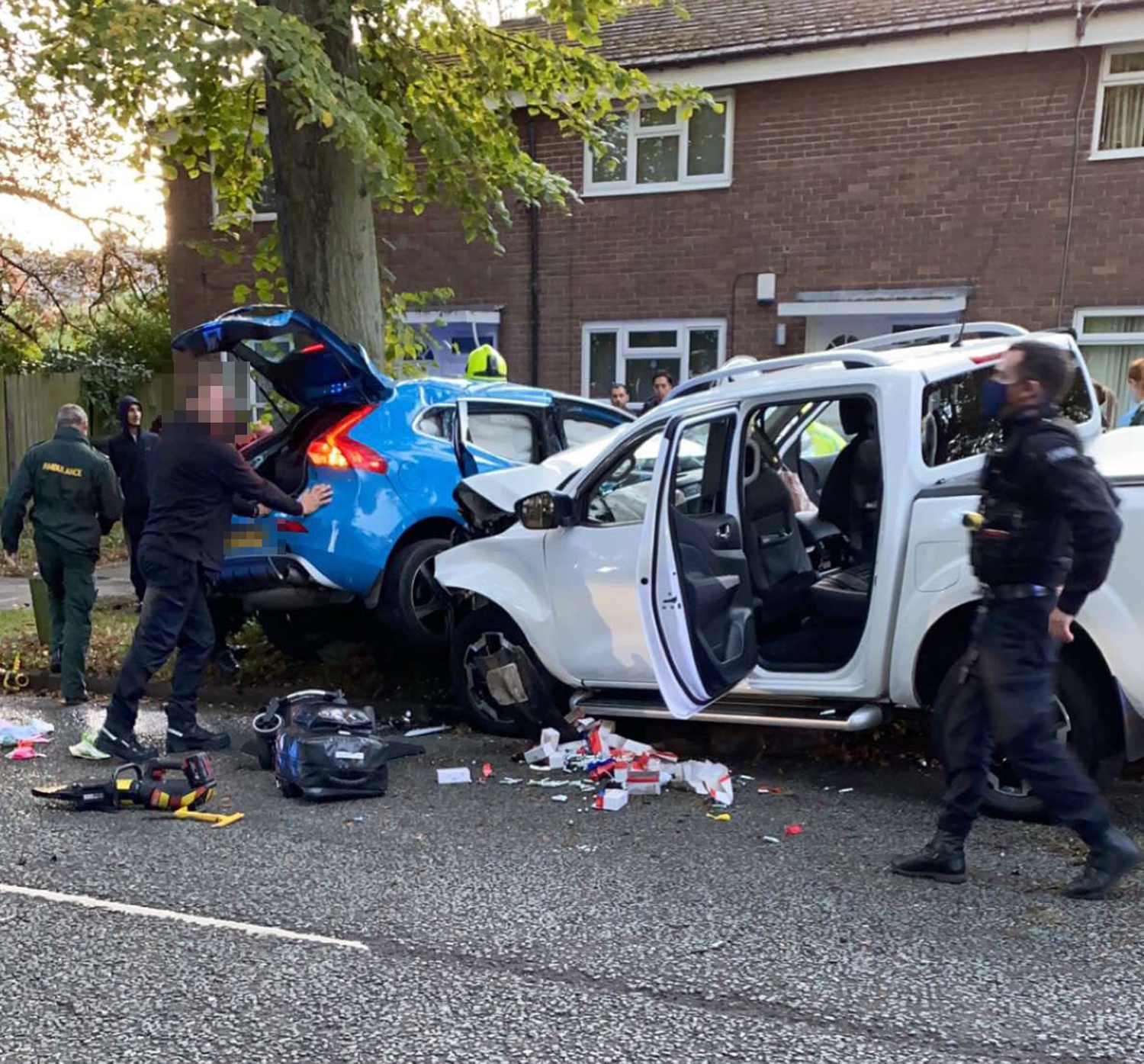 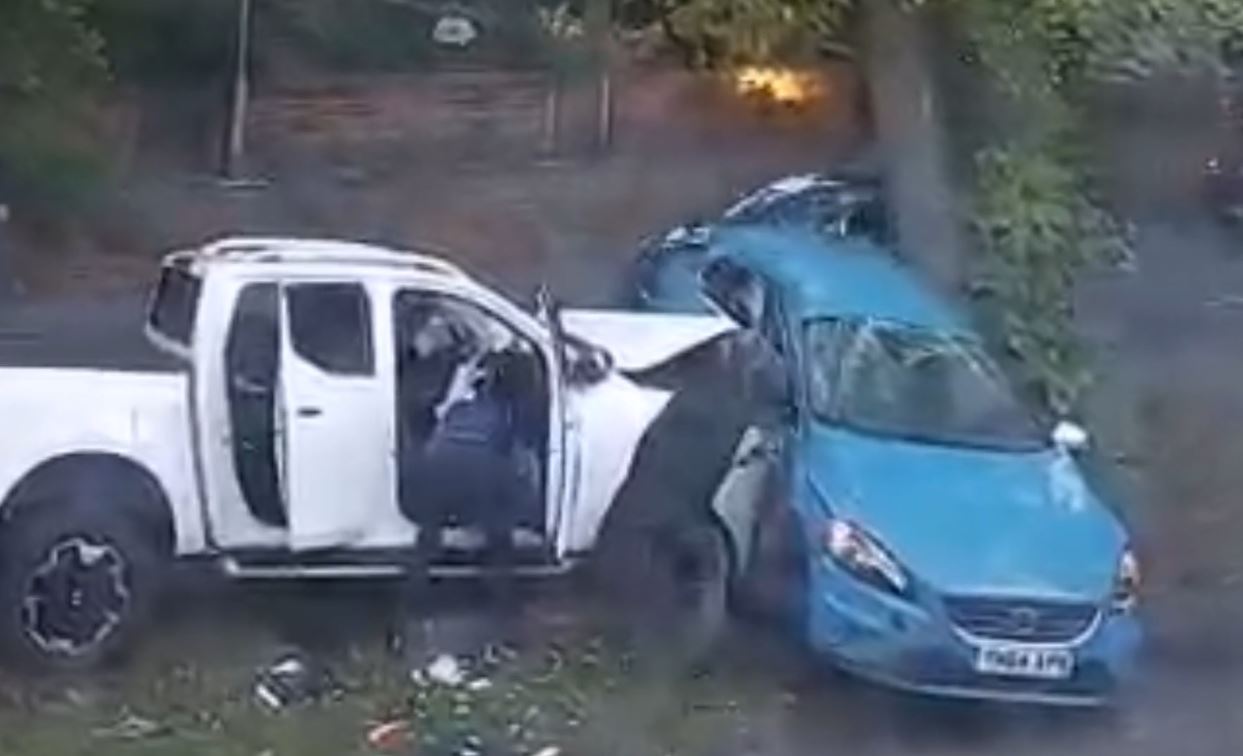 Neither man appears to help the child or a male driver trapped in the wreckage of a Volvo V40 after their 4×4 slammed into it at a junction.

The truck smacked into the side of the family saloon in Leeds, West Yorkshire on Sunday around 6pm.

The crash left the blue Volvo sandwiched between the white 4×4 and a tree.

Video taken by another motorist shows one of the men in a dark jacket peer briefly into the wrecked car before turning around to check the area.

His pal searches through cannisters of hippy crack in the footwell, throwing them on the ground.

Firefighters battled to cut the child and male driver from the wreckage.

Police are appealing for information after the crash, which left the child and a man in his 50s in hospital with serious injuries.

An 18-year-old man, who was believed to be driving the Nissan, was arrested and released under investigation. 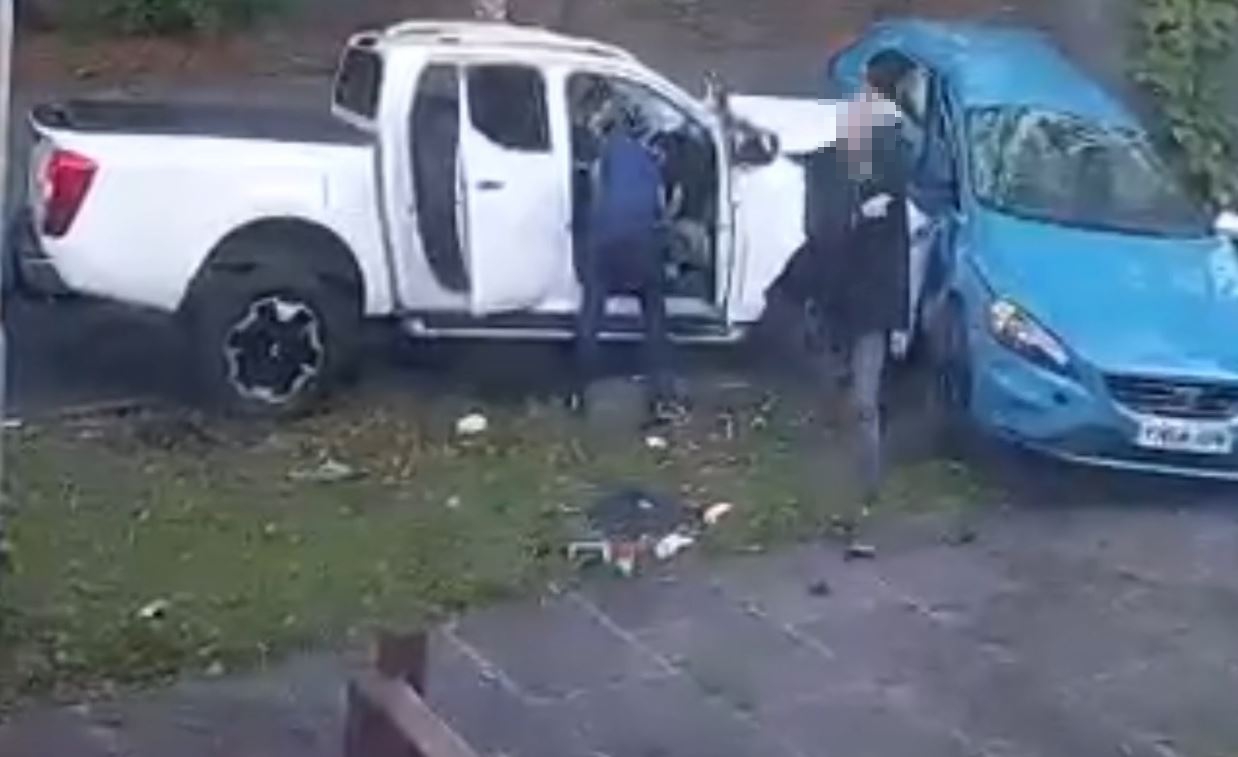 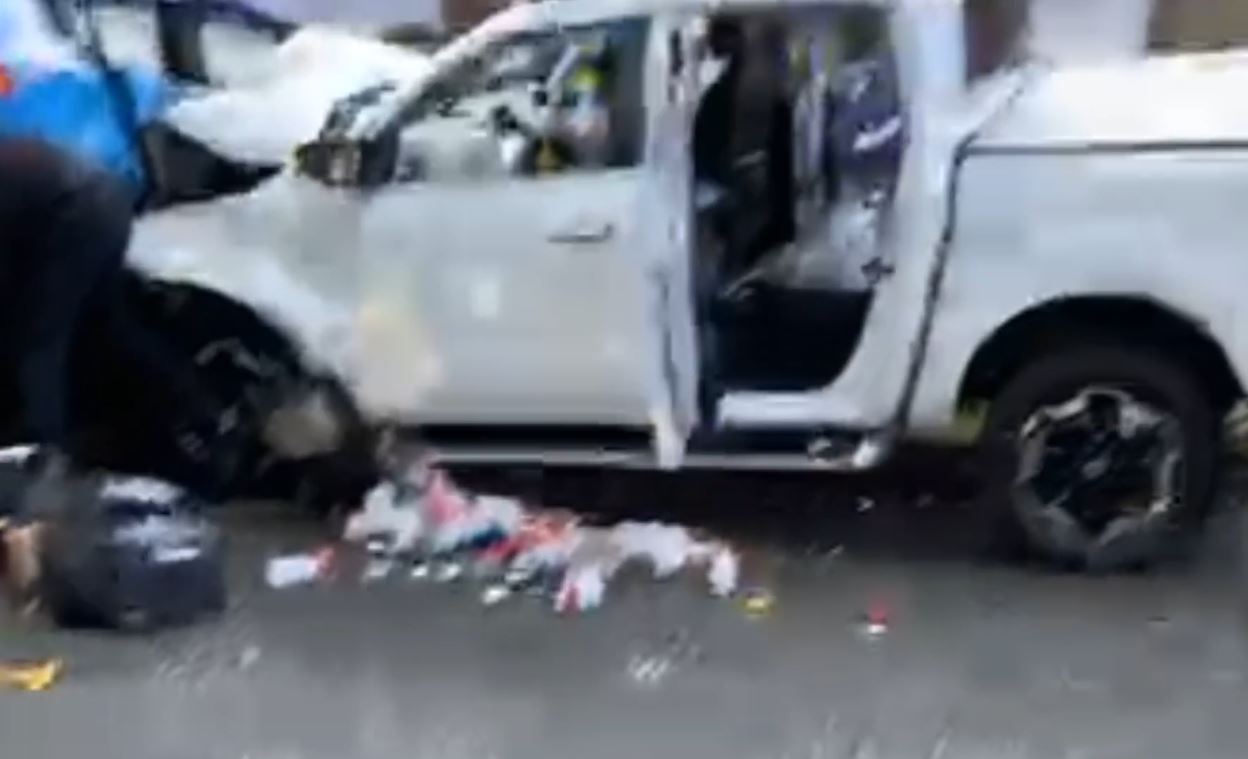 One man posted: "The fact he was clearing all that rubbish from the driver's footwell could be the cause of why they crashed as he could not break due to things blocking the pedals."

Cops are appealing for witnesses following the collision on Spencer Place as police enquiries continue.

A police spokesman said: "At around 6.10pm, a white Nissan Navara and a blue Volvo V40 were in collision at the junction with Gipton Avenue.

"The Nissan was travelling on Spencer Place towards Roundhay Road when it was in collision with the Volvo which was crossing from Gipton Avenue towards Louis Street.

"The Volvo was then in collision with a tree.

"An occupant of the Nissan, an 18-year-old man, has been arrested in connection with the collision."

Drivers with dashcam footage of the collision or vehicles involved are asked to contact officers. 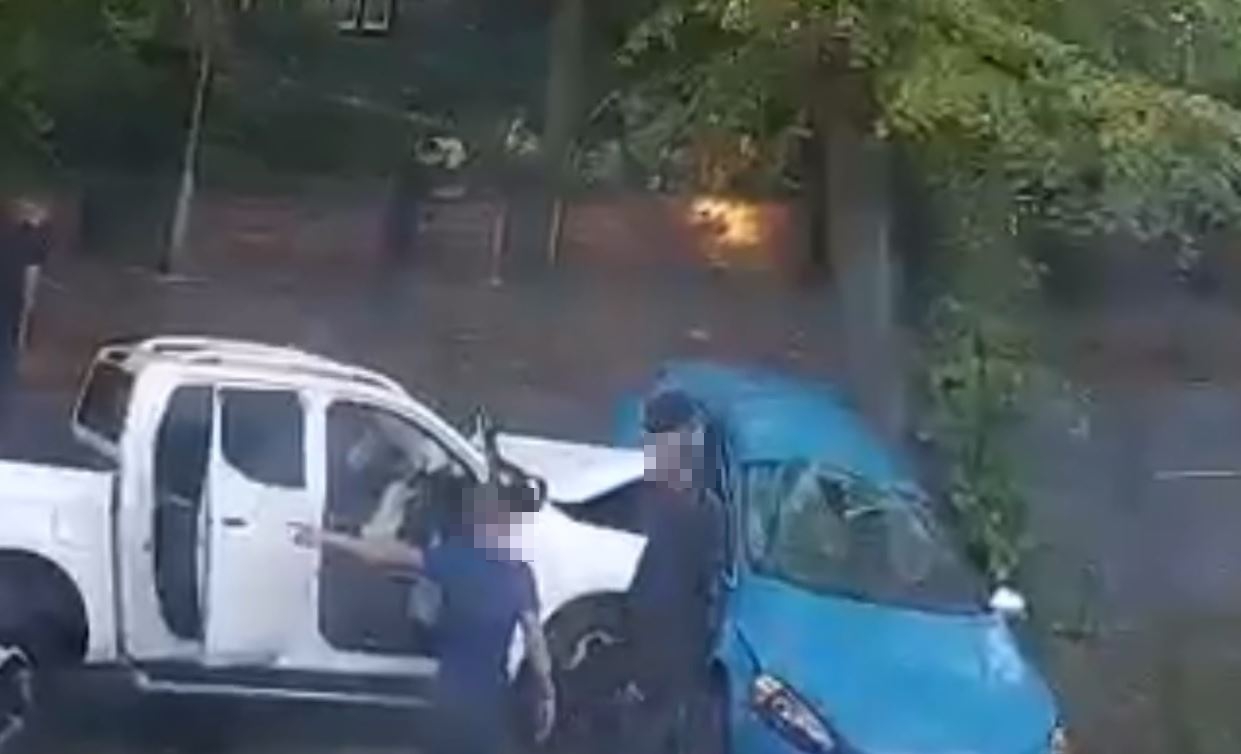 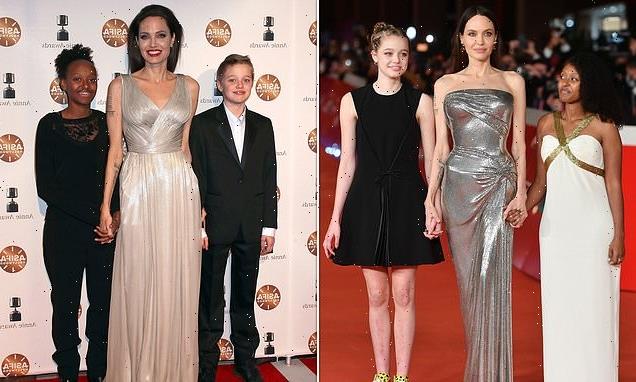