Back my Brexit deal and let Britain 'turn a corner': UK PM May

LONDON (Reuters) – British Prime Minister Theresa May urged lawmakers on Monday to back her Brexit deal, promising that it would allow the country to “turn a corner” and let the government focus on solving domestic problems such as housing and a skill shortage. 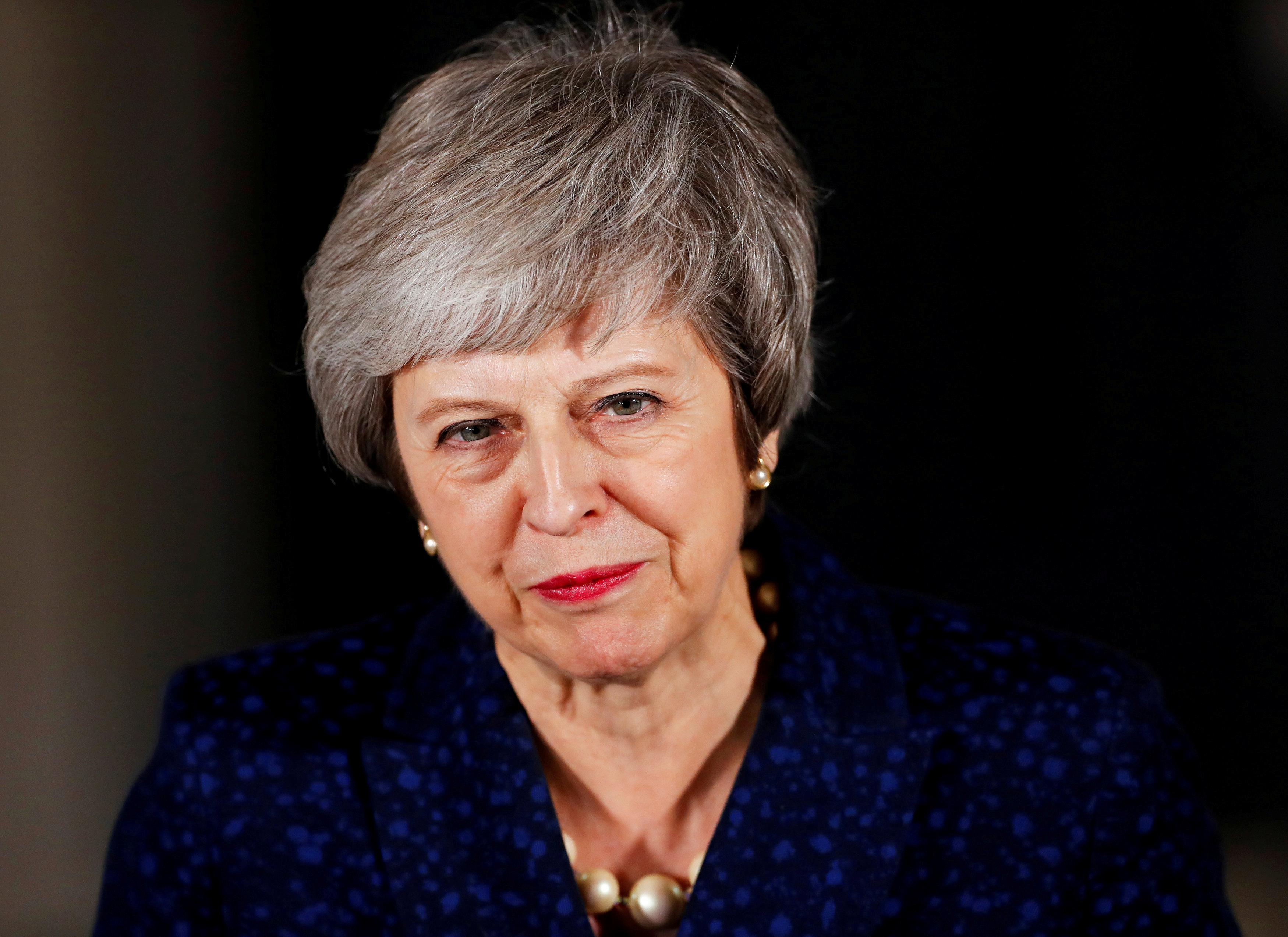 May made the appeal in a New Year’s message little more than two weeks before a make-or-break vote in parliament on her plan for Britain’s exit from the European Union which is due to happen on March 29.

The vote, which May postponed in December to avoid defeat, will be a pivotal moment for the world’s fifth-largest economy: it will determine whether Britain follows her plan for a managed exit and relatively close economic ties, or faces massive uncertainty about the country’s next step.

“New Year is a time to look ahead and in 2019 the UK will start a new chapter. The Brexit deal I have negotiated delivers on the vote of the British people and in the next few weeks MPs (members of parliament) will have an important decision to make,” May said in a video released by her office.

“If parliament backs a deal, Britain can turn a corner.”

Attempting to appeal to those within her Conservative Party who have criticized her leadership, and responding to criticism from opponents that Brexit has stalled her domestic agenda, May stressed her desire to move beyond the EU exit debate.

“Important though Brexit is, it is not the only issue that counts,” she said, highlighting policies to address a lack of housing, skills shortages and strengthen the economy. “Together I believe we can start a new chapter with optimism and hope.”

The vote on May’s Brexit deal with the EU is scheduled to take place in the week beginning Jan. 14.

May is still seeking reassurances from Brussels that a deeply unpopular fallback arrangement within her proposed deal, over the Northern Irish border, would only be temporary.

It seeks to prevent the return of a hard border between Northern Ireland and EU member Ireland if a better solution to keep trade flowing freely cannot be agreed.

The so-called backstop is the main obstacle between May and a victory in parliament, costing her the support of dozens of members of her own party and the small Northern Irish party that props up her minority government.

The government and businesses are ramping up preparations in case a deal cannot be reached to smooth Britain’s exit from the bloc, amid warnings of delays at borders and disruption to supplies of medicines, food and components.