Cleveland Browns quarterback Baker Mayfield wants a trade. Mayfield informed the Browns he wants to be traded Thursday, according to multiple reports.

Mayfield confirmed the news, telling ESPN the relationship is "too far gone to mend."

The request comes two days after Mayfield posted a note on social media thanking the city and its fans for the past four years. With the Browns reportedly in pursuit of Deshaun Watson, many assumed Mayfield expected to be traded.

That changed Thursday, as the Browns were reportedly told they are out of the running for Watson.

The #Browns have been informed they’re out of the running for Deshaun Watson, a source says. The team still views Baker Mayfield as their quarterback going forward. They told Mayfield’s agents at the Combine they’d only explore top-tier QBs such as Watson.

With the Browns out of the running, Watson is expected to be dealt to either the Atlanta Falcons or New Orleans Saints. The Carolina Panthers were also in the running coming into Thursday, but were reportedly taken off the board.

Mayfield responded to that news by telling the Browns he wants out.

What's next for Baker Mayfield and the Browns?

The Browns have reportedly told Mayfield and his agent they will not honor his trade request.

#Browns have told Baker Mayfield's agent they are NOT accomodating his request, a league source tells clevelanddotcom

Barring another superstar quarterback hitting the market, Mayfield will enter the 2022 season as the Browns' starting quarterback. Mayfield — who is in the final year of his contract — is looking to bounce back after throwing 17 touchdowns against 13 interceptions in 14 games last season. Mayfield was limited by injuries, and underwent shoulder surgery in January.

If Mayfield is serious about never playing for the Browns again, he can try to force the issue, but it's unclear if he has the clout to make that happen. Mayfield has performed as an above-average player in the past, but there are questions over whether he can carry a team. Considering he's coming off a poor season and surgery, Mayfield might not have a robust trade market. Even if a head coach and general manager believes in Mayfield, he only has one year left on his deal.

Mayfield could also threaten to sit out, though that's not going to help him get paid next offseason. The Browns are already hesitant to commit to Mayfield long term, so sitting out won't lead to a lucrative extension. It will only result in Mayfield getting fined.

Mayfield's best course of action probably involves staying with the Browns. The team was reportedly open with Mayfield about seeking better options. Mayfield can use that knowledge as motivation and make the Browns shell out superstar-level money if he goes out and turns in a fantastic year. 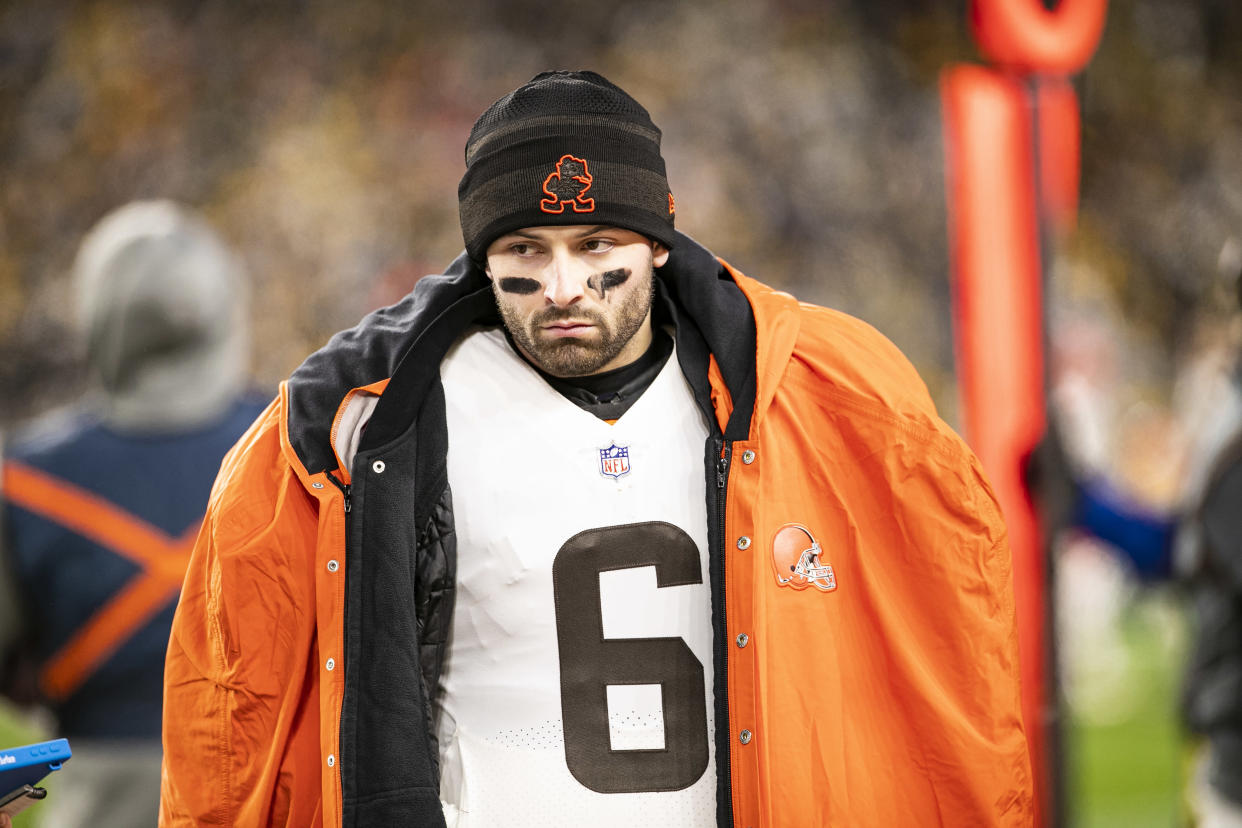