Revellers appeared to be in great spirits as they flocked to bars across the country.

Large crowds of friends took to the streets to enjoy their first taste of bank holiday freedom since the pandemic restrictions were lifted in July.

Party-goers ventured for their first Bank Holiday trip to a nightclub since they threw open their doors for the first time in 16 months on Freedom Day.

In Birmingham, a group of glamorous pals posed with helmets borrowed from police officers.

The three coppers watched on as the gals stuck a pose with their hats on Broad Street last night.

Balmy temperatures across the country meant Brits could enjoy the warm weather by sitting in beer gardens well into the night.

Other pubgoers looked to be having the time of their lives as they laughed with pals on the streets while others took it too far.

One punter was spotted being handled by police officers looking a little worse-for-wear.

Another group were seen having an argument while pinters walked by.

The scorching temperatures mean tonight will be another busy night for pubs and nightclubs.

The UK is set for another five days of glorious sunshine but things are changing next weekend.

Summer's last blast will make the UK warmer than Crete, with plenty of dry and bright weather forecast.

Met Office forecaster Craig Snell told The Mirror: "The weather will not change much for next five days or so.

"The best of the sun will be across western areas, especially in Wales, south-west England and maybe western Scotland.

"There's going to be lots of dry weather if you're living in the eastern half of the UK but also quite a bit of cloud with fairly limited sun.

"Next weekend we may start to see spells of rain and stronger winds moving into the south. In the north it looks like it will remain as it is now."

Forecasters say almost everyone will see sunshine, with no rain at all forecast today.

Those in the south of England will see the warmest temperatures of up to 25C today.

Meanwhile, Leeds and Festival revellers ditched their wellies as they went off to a sweltering start – with highs of 21C at the West Yorkshire site.

Scantily clad partygoers in Leeds lathered on the suncream before posing for pictures as they kicked of the event's second day.

Reading and Leeds Festival is one of the first major festivals to officially reopen its doors since Covid restrictions were lifted.

While the number of attendees has not yet been confirmed, the Reading site has held around 87,000 punters in previous years, while Leeds has had a 75,000 capacity.

This year's fans must either prove they are double vaccinated, have a negative NHS Lateral Flow Test taken on the day of arrival or a positive PCR test within 180 days of the festival.

At Reading, festival goers are being offered the jab on-site from a pop-up vaccination bus. 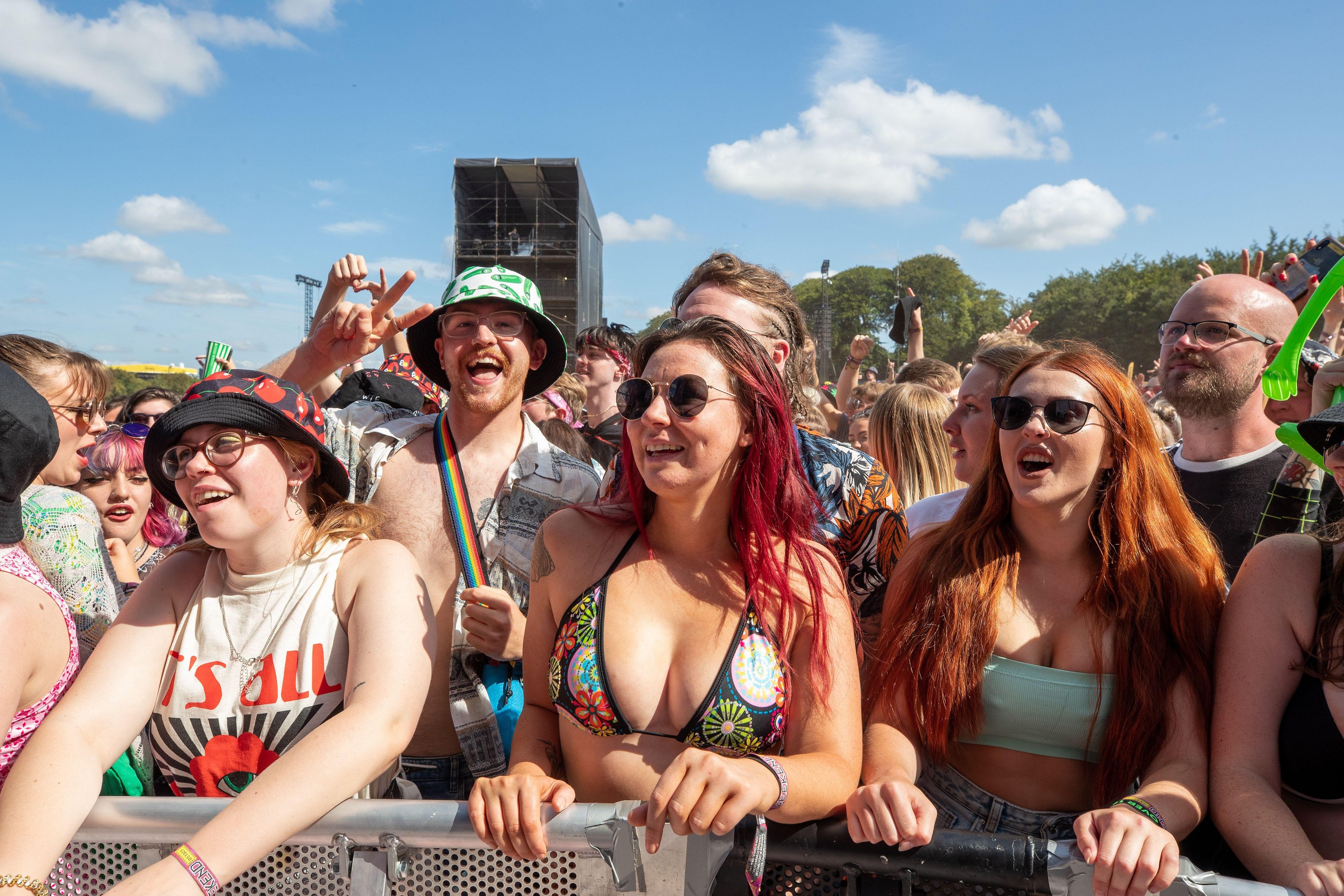