The ultimate trick shot? Basketball player jumps BMX bike onto a SKATEBOARD to propel his ball straight through the hoop

This is the incredible moment a basketball player uses a BMX bike and a skateboard to catapult a ball through the hoop.

Footage, captured in Antioquia, Colombia, shows the skillful player use the rear wheel of his bike to execute the unique trick shot.

As the wheel of his bike lands on the skateboard, the unnamed man watches on as the basketball flies over him and straight into the hoop. 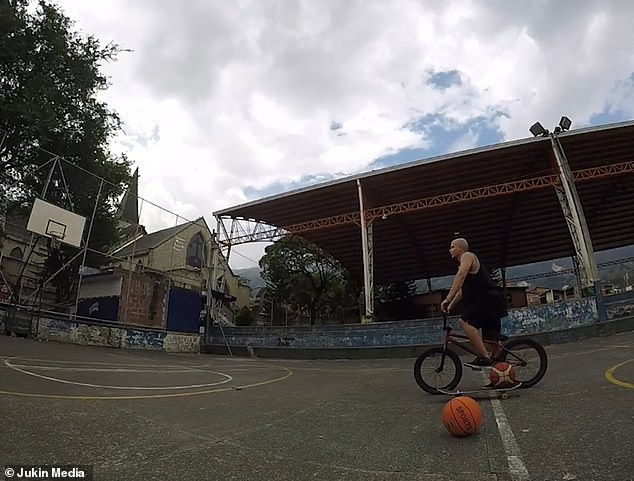 The unnamed man from Antioquia, Colombia, positions himself in line with the hoop before performing the trick shot 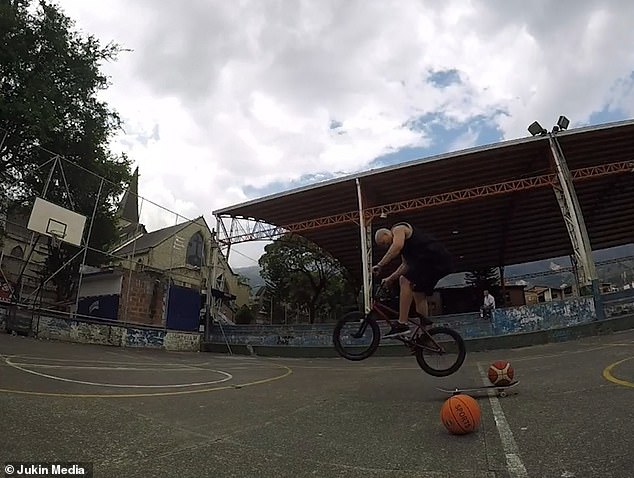 During the clip, the unnamed man takes his seat on the BMX bike and positions himself in line with the hoop.

He then lifts himself off the ground with his bike and leaps onto the front of the skateboard.

The basketball is then propelled through the air and lands straight into the hoop at the end of the court. 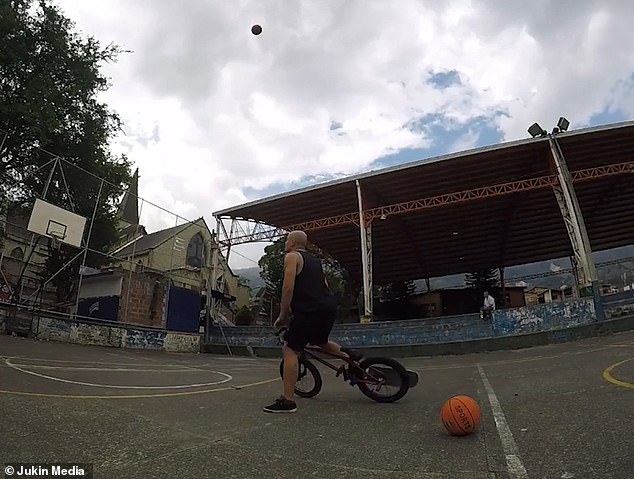 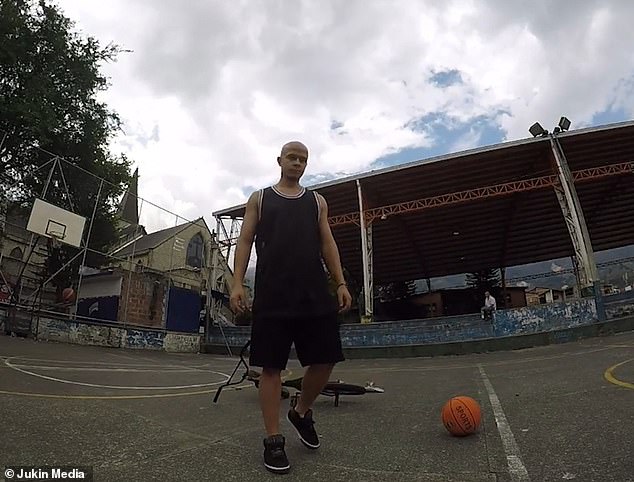 The basketball player turns around triumphantly, having successfully completed the unique trick shot

This is not the first time basketball fans have tried to create the ultimate trick shot.

In 2017, students from Stony Brook School in New York filmed themselves shooting basketballs into a hoop in an array of innovative ways.

One student completed a one-handed shot while blindfolded while another achieved a successful shot while sat on an opposite chapel roof.

In 2015, YouTube vloggers Derek Herron and Scott Gaunson scored an incredible hoop from the  top of the UK’s tallest sculpture- the ArcelorMittal Orbit in London.