The BBC Proms is planning a ‘virtual’ opening of its six-week classical music extravaganza with a recorded Beethoven ‘mash-up’ before returning to the the Great Albert Hall to end with a live final night.

A new schedule has been drawn up with a ‘unique’ first night on July 17 after the original programme for its 125th year was scrapped due to the coronavirus pandemic.

More than 350 musicians will be heard together in a new ‘mash-up’ of Beethoven’s nine symphonies after recording their part from home.

But the Royal Albert Hall will be home to live performances, potentially with an audience, in the final fortnight of the season, from August 28. 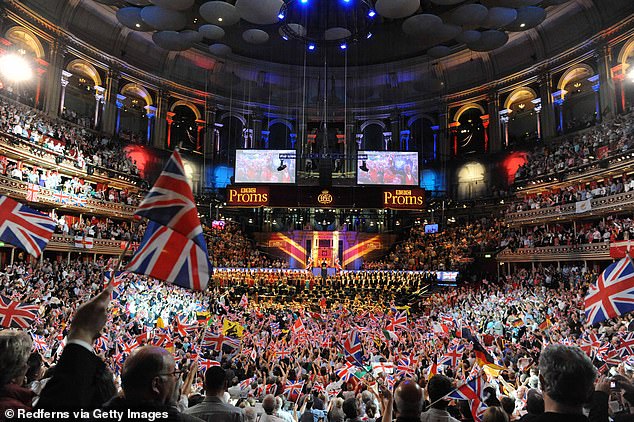 The BBC Proms is planning a ‘virtual’ opening of its six-week classical music extravaganza with a recorded Beethoven ‘mash-up’ (pictured: Last Night Of The Proms in 2012)

The ability to host spectators will depend on Government advice at the time.

Performers, from soloists to ensembles, will be booked nearer the time when social distancing rules for the period are clear.

The BBC said the concerts will ‘feature some of the greatest musicians of our time alongside emerging talent’.

The Last Night Of The Proms, to air on BBC One and BBC Two, will be ‘poignant’, ‘unique’ and designed to ‘bring the nation together’.

Live performances will be broadcast on BBC Radio 3, BBC Four and iPlayer.

The first night will mark the 250th anniversary year of Beethoven’s birth, marked by a ‘mash-up’ created by composer, arranger and pianist Iain Farrington.

The recordings will be brought together digitally and a filmmaker will be hired to bring the ‘Grand Virtual Orchestra’ to life.

BBC Radio 3 will also air previous Proms concerts from the archive and is asking listeners for their favourite moments, while BBC Four will broadcast stand-out Proms each Sunday throughout the festival.

The BBC said: ‘The current situation with Covid-19 means the season we had originally planned is sadly no longer possible. 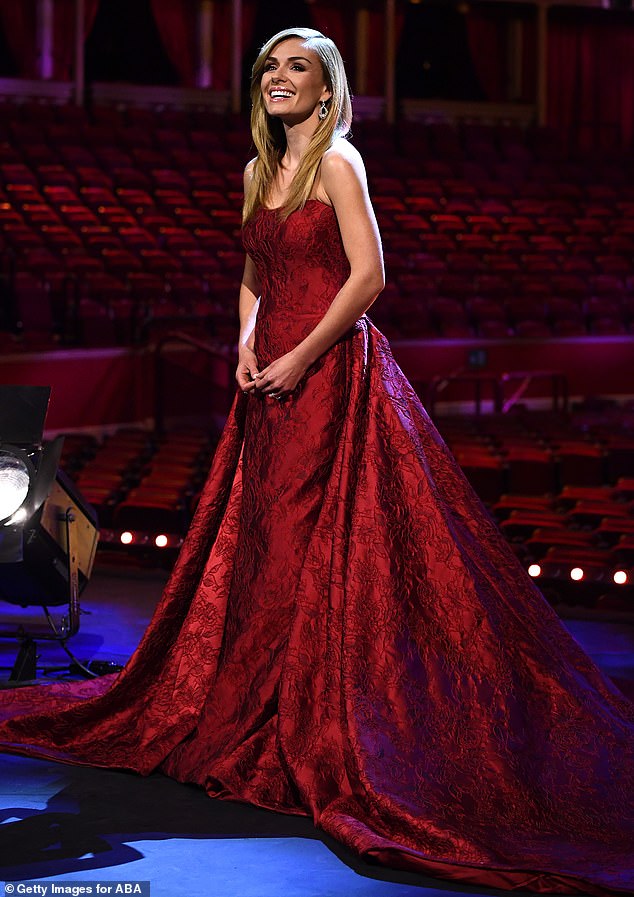 Katherine Jenkins poses ahead of a behind-closed-doors concert for VE Day at Royal Albert Hall on May 7 in London. The performance can be watched on the venue’s YouTube Channel 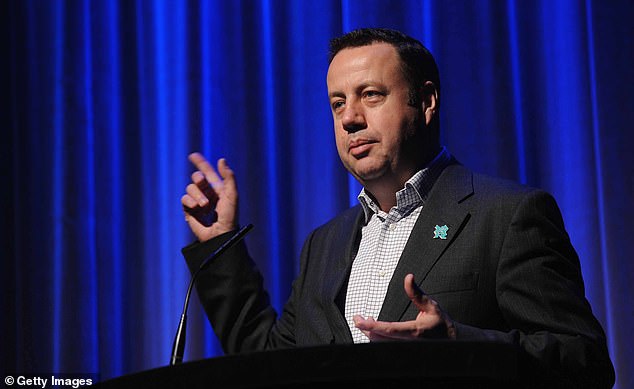 Craig Hassall (pictured at Film Nation: Shorts), chief executive of Royal Albert Hall, said only 30 per cent of seats could be used if the venue faces social distancing restrictions once open

‘Instead the Proms in 2020 have been re-conceived in a different format, but our aim remains the same – to create the world’s greatest classical music festival by reflecting world-class music-making from leading artists around the globe, highlighting emerging talent, and featuring work by some of today’s most exciting and innovative composers.’

BBC Proms director David Pickard said: ‘These are challenging times for our nation and the rest of the world, but they show that we need music and the creative industries more than ever.

‘We will provide a stimulating and enriching musical summer for both loyal Proms audiences and people discovering the riches we have to offer for the first time.’

It follows Craig Hassall, chief executive of the Royal Albert Hall, saying earlier this month that only 30 per cent of seats could be used if the venue faces social distancing restrictions once open.

He told the Sunday Telegraph: ‘If Government says, “You can reopen but these are the guidelines”, we can’t reopen.

‘We need about 378 performances a year at about 85 per cent occupancy to deliver a regular year’s income to Royal Albert Hall.’

The BBC Proms runs from July 17 to September 12.