‘No subject is off-limits’: BBC refuses to apologise after Graham Norton called Ukraine ‘southwest Russia’ on BBC One sparking complaints from viewers

The BBC has insisted ‘no subject is off limits’ as its declined calls to apologise over a joke about Ukraine made by chat show host Graham Norton.

The corporation received complaints from viewers this month after the Irish comic quipped that Ukraine could soon be ‘southwest Russia’ on his show.

Norton cracked the joke during the opening segment of his show which aired on February 4, in which he typically pokes fun at current events, The Times reports. 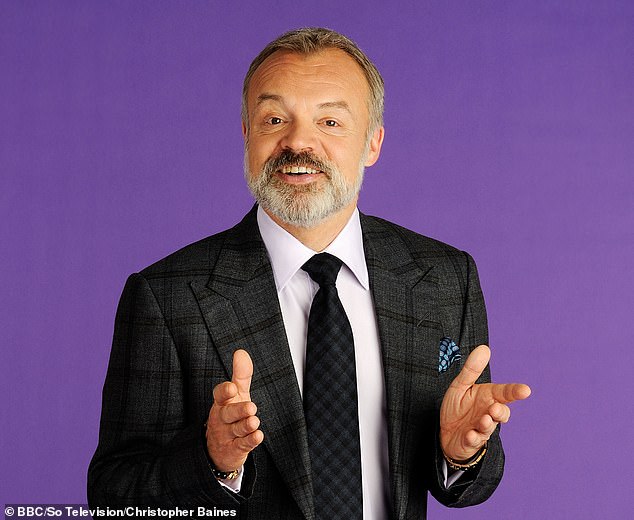 While talking about Boris Johnson’s trip to Kyiv, Norton said: ‘This week, he flew off to Ukraine – or if you’re watching on catchup TV, he flew off to southwest Russia.’

A number of viewers criticised the jibe as insensitive towards Ukrainians who are under threat from a potential Russian invasion.

In a statement, the BBC rejected calls to apologise. A spokesman said: ‘We appreciate the seriousness of the current situation there and can assure you there was no intention to cause any offence with these remarks.

‘Comedy is one of the most subjective areas of programming and while no subject is off limits we appreciate that some jokes may resonate differently for those with personal experience of a particular situation.’

It follows a furore earlier this month over comedian Jimmy Carr’s Neflix show His Dark Materials, in which the comedian joked about gypsies killed during the Holocaust.

In a widely-shared clip from the show, Carr joked about the horror of the Holocaust and ‘six million Jewish lives being lost’.

As a punchline, the 49-year-old then made a disparaging remark about the deaths of thousands of gypsies at the hands of the Nazis.