BBC chiefs are under pressure to act after eco-warrior presenter Chris Packham appeared to break their tough new anti-bias rules on Twitter.

Those working in “factual journalism” are ordered not to “express support for any political party.”

And they are banned from expressing views “on any policy which is a matter of current political debate or on a matter of public policy, political or industrial controversy, or any other ‘controversial subject’.”

Now critics say the outspoken Springwatch and Autumnwatch presenter has fallen foul of the clampdown by sharing Ms Rayner accusation of “sickening cronyism” that “makes a mockery of our fight against Covid” in a row about Government spending.

The boss of the Countryside Alliance said: “Tim Davie’s new social media guidelines have fallen at the first hurdle.”

Campaigner Tim Bonner added: “Few BBC presenters are more closely associated with the corporation than Chris Packham and it is difficult to imagine more partial and party political use of Twitter than this.” 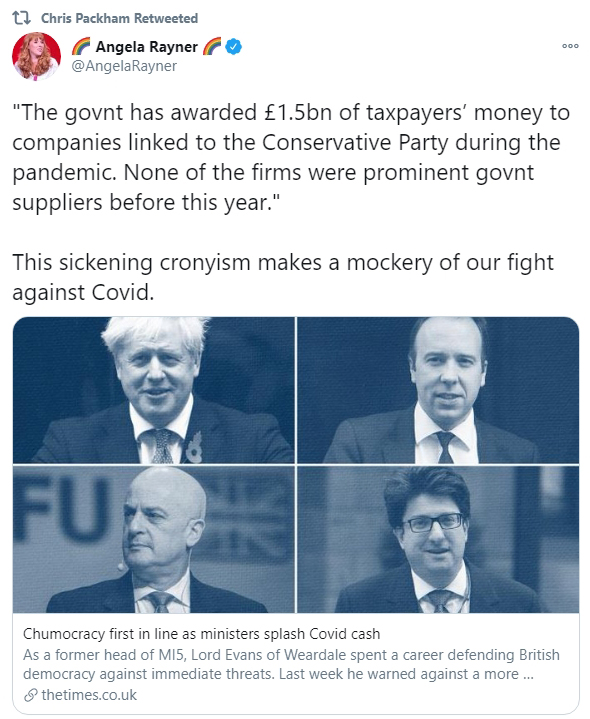 "Given the BBC's bias problem, the Corporation needs to get tough with their presenters who continue to drag their reputation and credibility into the mud.”

Tonight the BBC declined to comment on individual cases but warned: “Everyone knows what is expected of them, both from the organisation and the audiences we serve.” South Koreans in a pickle over China claim to kimchi I'm A Celebrity 2020: Final four ALL conquer Celebrity Cyclone trial
We and our partners use cookies on this site to improve our service, perform analytics, personalize advertising, measure advertising performance, and remember website preferences.Ok