Mr Taylor said: “Look at this from Thursday, it is not often that I get to say this.

“Yesterday across the entirety of Europe, two of the warmest spots were in Scotland and Iceland.

“The reason is we have had high pressure to the west of us and the winds around the high-pressure system go in a clockwise fashion. 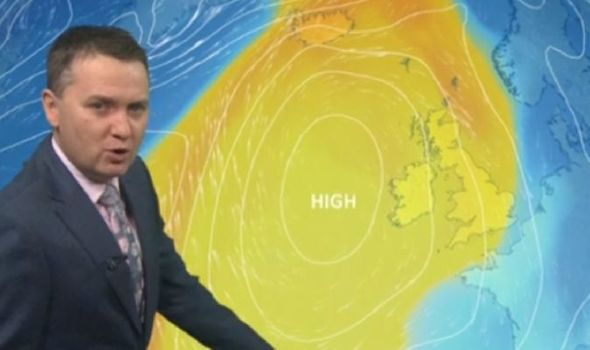 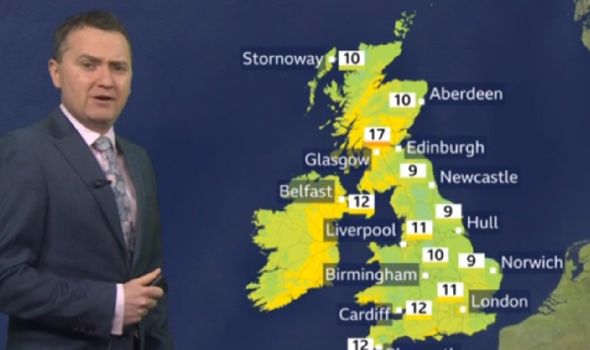 “We have been drawing up the air from the mid-Atlantic, pushing into Iceland and then west of the UK.”

The BBC Weather forecaster noted cold air from Scandinavia has been impacting the south-east of Europe.

However, temperatures are still set to increase over the weekend despite this.

He continued: “On Friday there will be some sunshine in the southeast corner of the UK but a lot of clouds elsewhere. 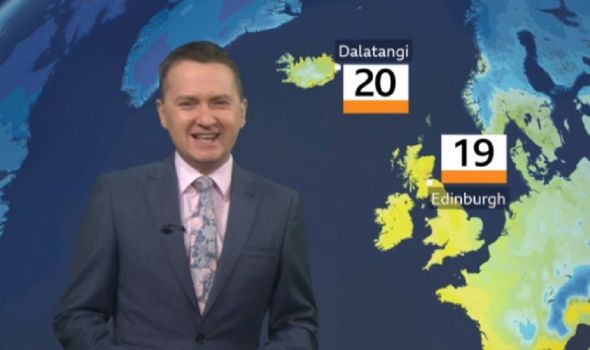 “This afternoon even though we have got the sunshine across East Anglia and the south-east it will still be a chilly day.

“But yesterday it was 19 degrees in Edinburgh and today the warmest of the air today probably to the western side of the central belt.

“It will be about 16 or 17 degrees in the Glasgow area and temperatures elsewhere around where it should be for the time of year.”

For some areas, there will be outbreaks of rain and cloud through Friday, however. 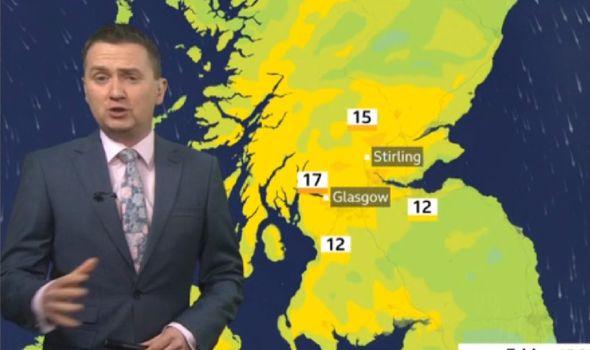 Mr Taylor continued: “On Saturday with all that cloud around temperatures won’t drop too much but where you do get the breaks there is an outside chance of some frost.

“Throughout Saturday there will be plenty of clouds but it is a case of finding some of the breaks.

“Eastern Scotland into northeastern England there will be some more sunshine.”

Through Saturday, temperatures will range across the UK with a high of 14 degrees and a low of 9 degrees.

Most areas throughout the country are expected to reach double-digit figures.