Most people in the UK woke up to dense fog on Friday morning after a freezing cold night. Temperatures plunged to -4C for some and will not be able to reach above 2C or 3C this weekend. BBC Weather forecaster Matt Taylor warned of frosty conditions to continue for many this weekend as rain clears away. He said: “This morning it is a chilly start. There are some dense patches of fog around, particularly in southern Midlands, South East Wales.

“And temperatures lower than they should be.

“South Midlands and southwards the thickest the cloud, we have some patchy rain and drizzle on the south coast, and more cloud across Scotland and Northern Ireland which is an old weather front bringing some patchy rain in.

“They will struggle to lift today, the fog will linger in southern England and South Wales, may be just starting to come up to low cloud.

“Overall a pretty chilly day in store. This evening and overnight, the mist and fog will be returning, thick cloud northwards in England and Wales, not as cold and frosty here.” 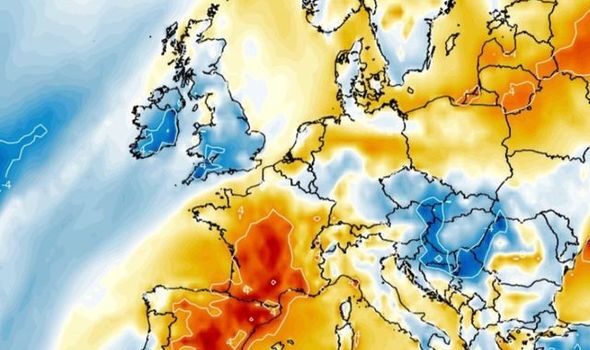 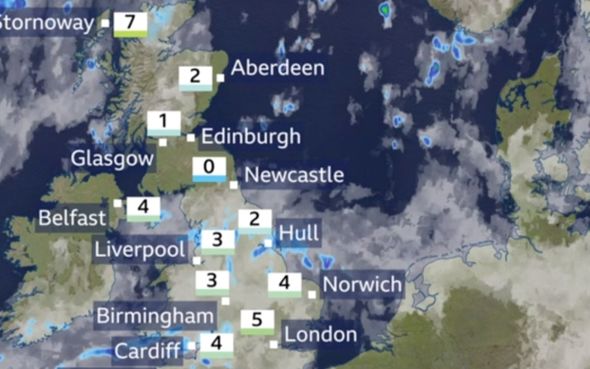 The chilling weather is set to be accompanied by heavy snowfall next week, which is expected to hit Scotland and parts of Northern England.

The Arctic blast will bring with it heavy snow flurries which could spark widespread chaos in the north of the United Kingdom.

Charts from Netweather show snowfall is expected from December 3, lasting for over a week.

The weather map shows there is currently a 100 percent risk of snow in parts of Scotland at 6am on Thursday 3.

The snow risk is shown by the bright colours, with the red and white areas indicating between a 80 and 100 percent snow risk.

Temperature charts show Scotland is set to reach lows of -5C on Friday at 9am, which coincides with further snowfall.

The map shows the north of the UK turn dark blue, while the south east stays green as it is set to avoid the plummeting temperatures.

Netweather’s snow risk chart shows the chance of snowfall spreads further south on Friday into northern cities, which is indicated by the colourful areas on the map.

Monday December 7 is expected to be particularly cold in Scotland, with temperatures as low as -8C forecast by Netweather.

Weather maps from WXCHARTS show a similar drop in temperature is expected in northern parts, with -6C forecast at 12pm. 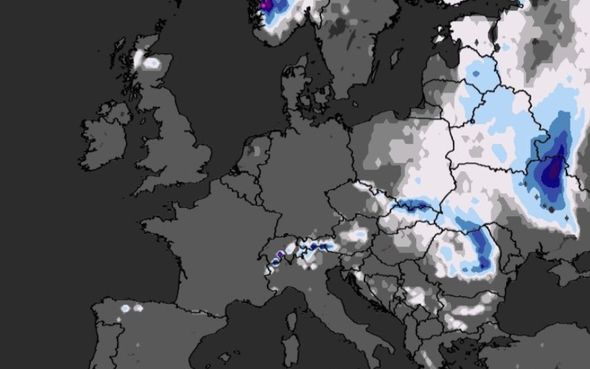 A second chart shows Scotland is set to be blanketed in heavy snow by Monday evening, with up to 18cm (7inches) forecast in the north west.

The icy temperatures are set to continue into Tuesday, with a weather map showing the UK turn blue as the mercury stays below freezing for much of Britain.

The Weather Outlook’s 14-day weather forecast said: “Temperatures often close to the seasonal average, although it could be quite cold in places where fog forms at night and lingers late into days. Frost is likely to be patchy.

“Towards the end of the period the risk of rain may increase and over high ground in the north there could be sleet or snow.”