A quaint little Italian village has seen a sale on properties for as little as just £1, as local authorities bid to regenerate the area which has seen large parts left abandoned and neglected.

The picture postcard setting of Cinquefrondi, located in the southern region of Calabria, is shrouded in idyllic Italian aesthetic, yet the village is in great need of wholesale renovation.

Properties are now available at cut price, in hope that investment will be made in the area and therefore restore the village to its natural beauty.

Prospective owners will have to stump up €1 (90p) for the property and a further €250 (£224) insurance policy annually until the property has been renovated. 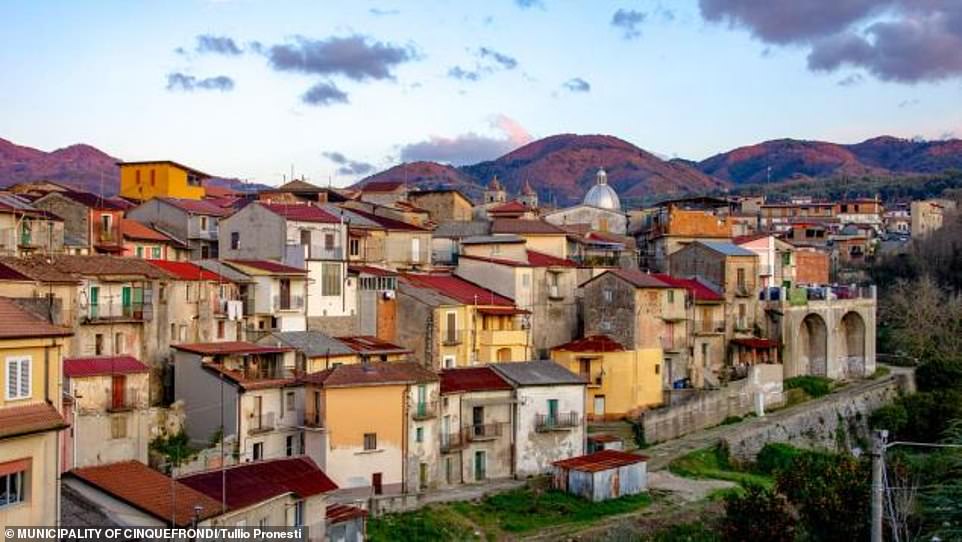 The picture postcard setting of Cinquefrondi, located in the southern region of Calabria, is shrouded in idyllic Italian aesthetic and now house prices have hit an all-time low level 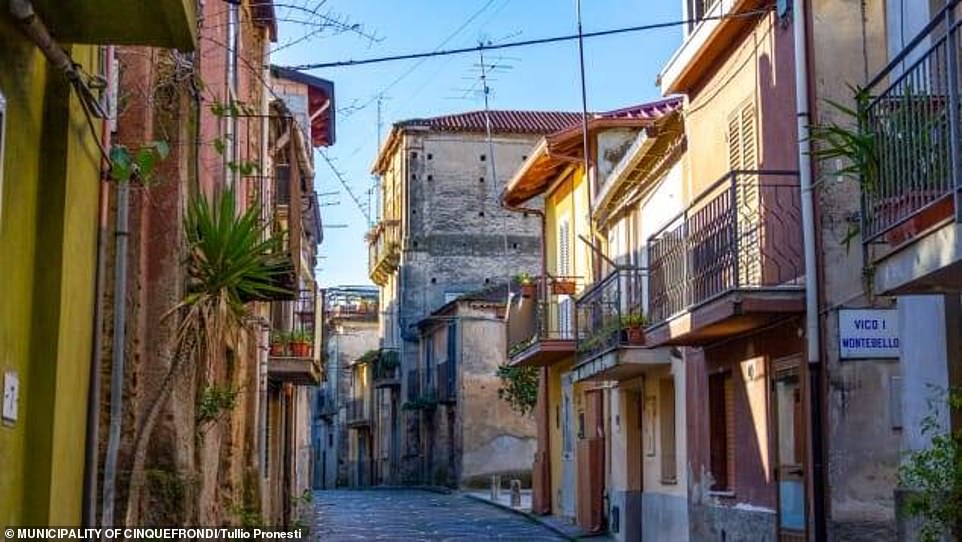 Properties are now available at cut price, in hope that investment will be made in the area and therefore restore the village to its natural beauty.

Mayor Michele Conia told CNN: ‘Finding new owners for the many abandoned houses we have is a key part of the Operation Beauty [mission] that I have launched to recover degraded, lost parts of town.’

The action has been taken in the aftermath of the coronavirus pandemic, which has hampered small villages and towns across the whole of Italy, seeing property prices plummet and the tourist trade take a huge hit.

Despite this, the major has confirmed the community hasn’t had any reported cases of coronavirus, adding a rather unique selling point to the location.

He added: ‘Too many people have fled from here over the decades, leaving behind empty houses. We can’t succumb to resignation.’

‘We rise between the refreshing hills and two warm seas, a pristine river runs nearby, and the beaches are just 15 minutes away by car.

‘But a whole district of my town lies abandoned, with empty houses that are also unstable and risky.’

‘We’re just asking for some kind of certainty once a new buyer commits to the project.’

Cheap sales of property now appears to be something of a trend in more rural areas of Italy, and the latest example seen in Cinquefrondi follows that of Mussomeli in Sicily. 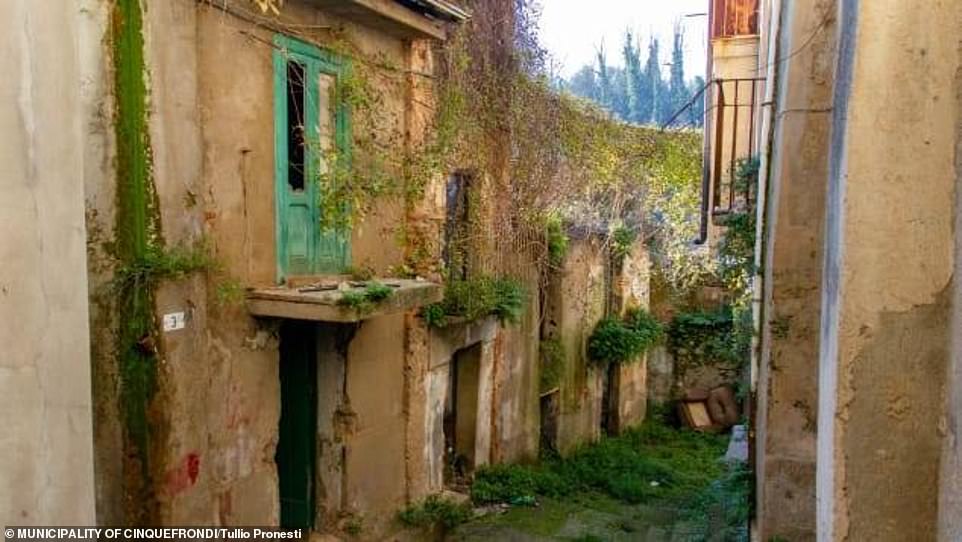 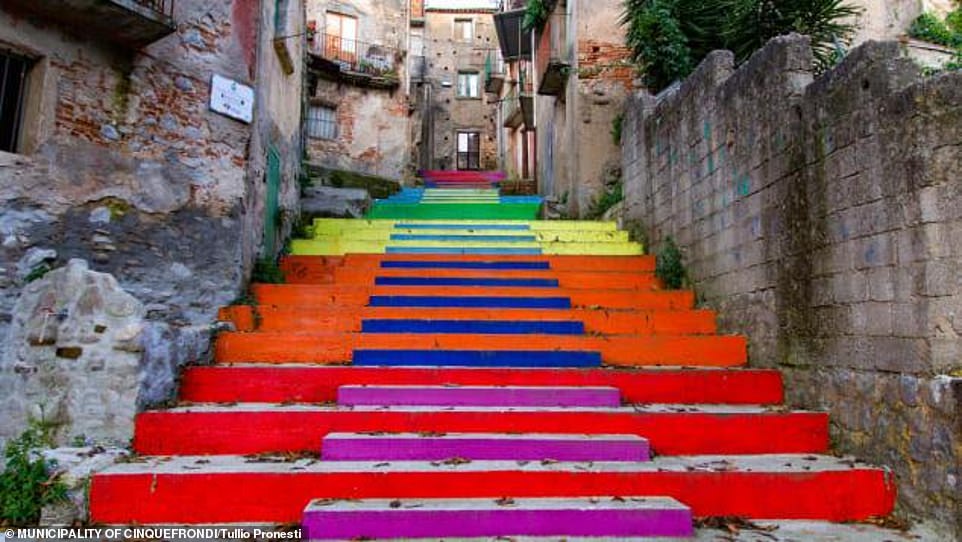 A project labelled Operation Beauty has been launched to recover lost parts of town, including the colourful painting of steps 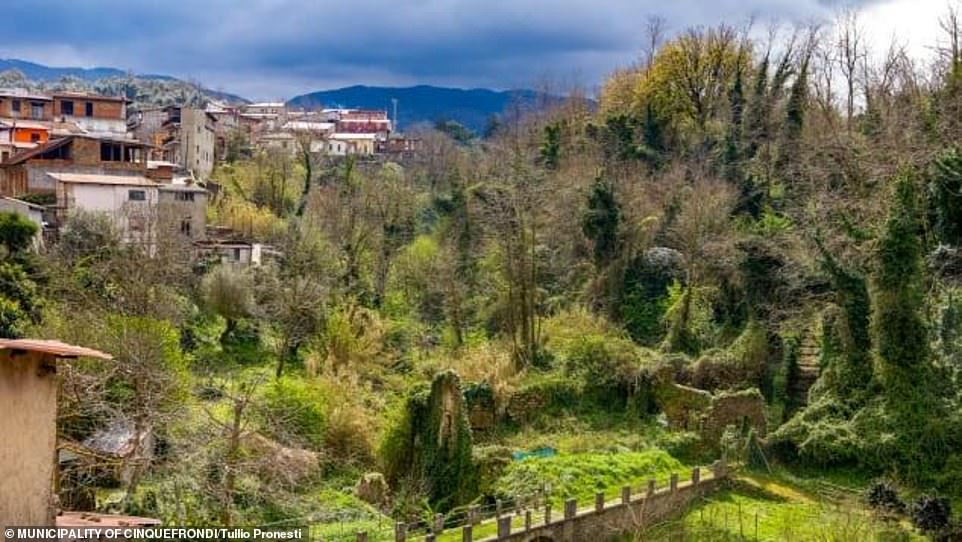 A tradesman has revealed how he sidestepped soaring Australian house prices to snap up a home in Italy for just $1.62.

South Australian Mark Kopun became an electrician straight out of school and worked hard to buy his first home in Adelaide so he could live out the Australian dream.

But as house prices climbed over the next 11 years, he found himself sinking further into debt.

In February 2019, Mark received a call from his cousin Tyson who had read an article about a small town called Mussomeli in Sicily, where houses were selling for just one euro.

He was told that many residents had abandoned their homes to move to bigger cities, and consequently houses had begun to deteriorate creating a hazard for those still living in the town.

To tackle the issue, the council devised a scheme to sell properties for one euro to attract buyers to revive the homes, as is now also being seen in Cinquefrondi.

It is now reported that Italy as a nation could be nearing herd immunity in the battle against coronavirus.

Recent data has shown that more than half the residents tested in Italy’s northern province of Bergamo – one of the worst hit regions – now have COVID-19 antibodies, amid an ongoing debate into what protection they provide from the virus.

The city was hit hard by the pandemic that was first detected in February and prompted a strict lockdown that has devastated the economy.

Just last week the country moved into the final stages in easing its lockdown restrictions after almost 34,000 coronavirus deaths, with some 235,000 confirmed cases.