An English professor is opening up about the cult diet of raw liver and ‘liquid salads’ she was forced to eat for seven years by her beauty queen mother,

Mother-of-two Christine O’Brien discusses about the various foods she was forced to consume as part of a radical diet called The Program in her new book, Crave: A Memoir of Food and Longing, which will hit shelves on Tuesday.

In an interview with the New York Post, O’Brien reveals the years of hunger and cravings she and brothers went through and how her own mother almost died from following a diet meant to 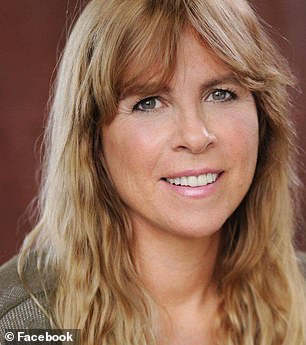 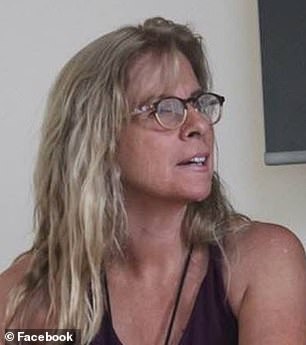 Mother-of-two and English professor Christine O’Brien (left and right) has revealed the cult she was forced by her beauty queen mother. O’Brien was on a diet of raw liver and ‘liquid salads’ known as The Program for seven years 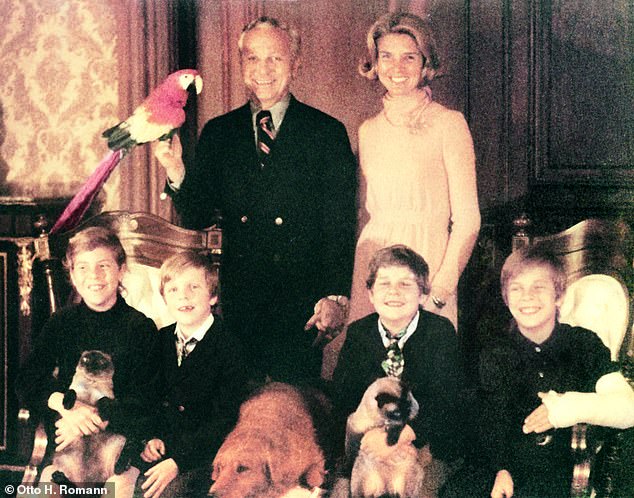 O’Brien grew up on New York’s Upper West Side with her parents and three younger brothers, Greg, Jay and Braddy.

Their father, Edgar Scherick, was the Vice President of Programming who created ABC’s Wide World of Sports, considered one of the best television programs of all time.

Their mother, Carol, was a beauty queen who competed as Miss Missouri during the 1951 Miss America Beauty Pageant.

O’Brien told The Post that the family troubles began when she was 10 years old and her mother collapsed in the hallway of her apartment allegedly due to ‘an allergic reaction to aspirin and lobster’.

Carol was convinced that the incident was brought on due to a poor diet and, as she recovered in bed for weeks, she only ate raw liver.

‘Then she graduated onto broiled lamb with tomatoes three times a day, which at least smelled a lot nicer,’ O’Brien told the newspaper. ‘She’d have a drink with it – a goat’s milkshake with brewers’ yeast.

‘Next she’d read that raw egg yolks were powerful and, all of a sudden, she’d be drinking them. She learned as she went along.’ 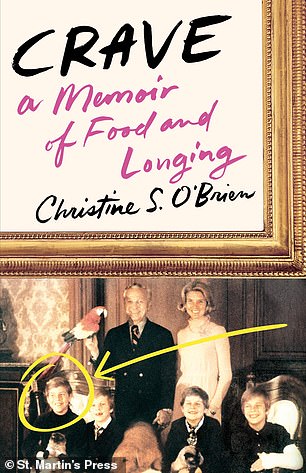 When O’Brien turned 13, she and her brothers were placed a highly restrictive diet known as ‘The Program’.

Creator Dr Christopher Gian-Cursio conducted a physical examination, which involved taking the four children’s pulses and looking into their irises.

Carol told her children that the diet was meant to ‘purify’ them and rid them of ‘toxins’.

She told The Post that her breakfast consisted of 18-ounces of tomato juice mixed with powdered liver, and sometimes she could have two warmed egg yolks.

‘It was lumpy and tasted revolting,’ she said of the mixed concoction.

At lunch, the children ate a ‘blended salad’ consisting of liquidized lemon, lettuce, tomatoes, cucumber and celery; three ounces of either cashews, hazelnuts or walnuts; and a piece of fruit. Sometimes they were also allowed cheese.

O’Brien told the newspaper that she and her siblings would drink the salads secretly while at Dalton prep school and as quickly as they could.

Then came two more blended salads followed by a dinner of five ounces of raw vegetables and two ounces of brown rice.

‘If you were still hungry, you could have more warm egg yolks after that,’ O’Brien told The Post.

‘We were always hungry – a constant, gnawing hunger because the food that we ate just didn’t fill us up.’

But it didn’t stop there. If any family member became sick, Carol would put them on a five-day water fast.

‘During our water fasts, I experienced a ‘high’ that felt almost like something monks would experience while fasting and meditating in an effort to get closer to the divine,’ O’Brien told The Post.

‘I became addicted to that ‘high.’ It lifted me from all the ­sadness I felt in our household.’

In addition the strict diet, Carol was giving herself coffee enemas, supposedly to remove toxins from her body. 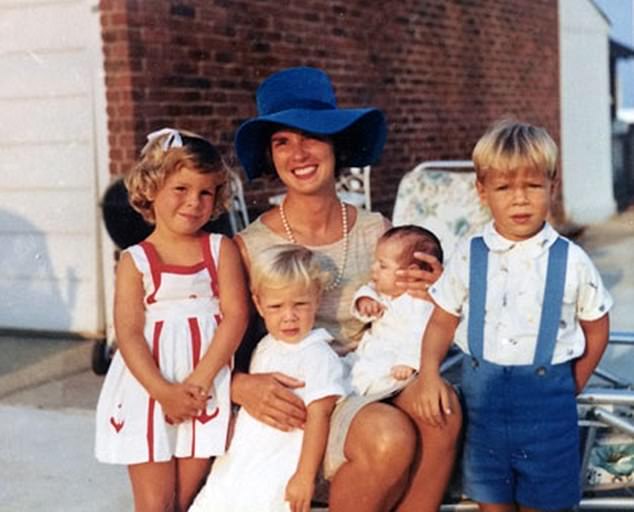 The Program consisted of foods such as tomato juice mixed with powdered liver for breakfast; a ‘blended salad’ consisting of liquidized lemon, lettuce, tomatoes, cucumber and celery for lunch; and raw vegetables and brown rice for dinner. Pictured: Carol Scherick with O’Brien (far left) and her brothers 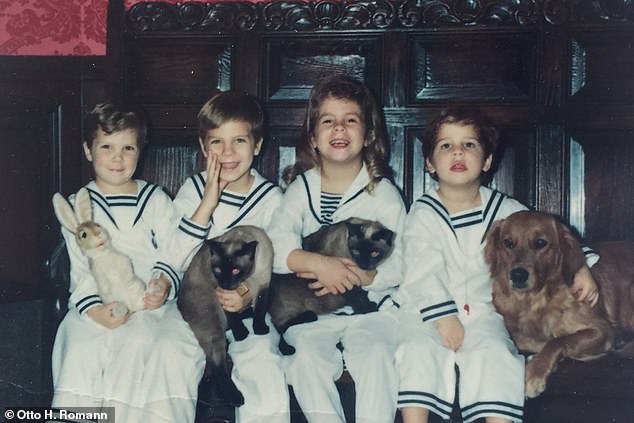 O’Brien found her mother unresponsive after self-administering a coffee enema, an event that almost killed her. Pictured, from left to right: Jay, Greg, Christine, and Braddy, Christmas 1967 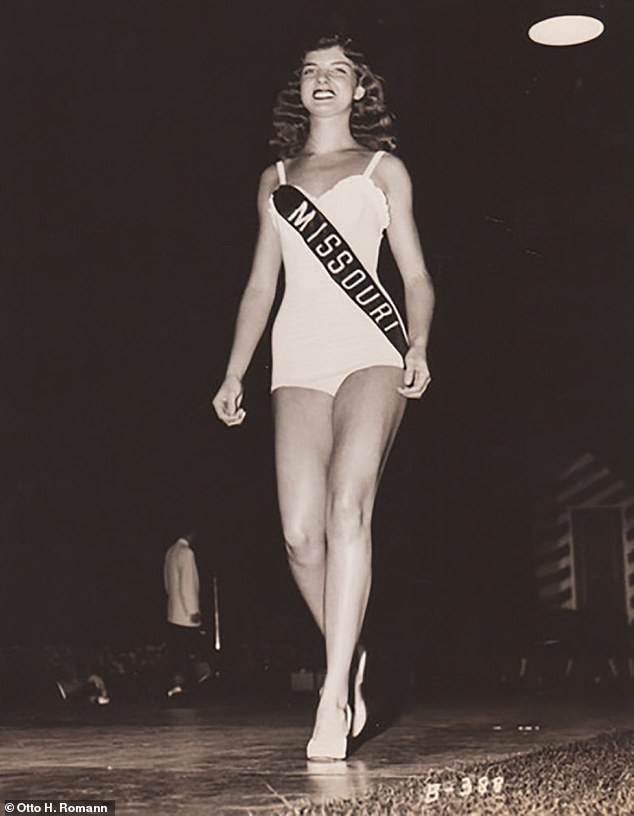 Carol followed variations of The Program until her death in 2016 while O’Brien stopped after she met her future husband, Tim, in 1981. Pictured: Carol competes as Miss Missouri in the 1951 Miss America Beauty Pageant

O’Brien writes in her book of one instance, after the family moved to Plandome on Long Island in the mid-1970s, that her mother was unresponsive after a coffee enema – so she called an ambulance.

Doctors told the family that Carol was ‘drowning from the inside’ due to the enemas and that if she had gotten to the hospital just 30 minutes later, she would have died.

O’Brien also the post that the diet strained her parents’ relationship with her father yelling at her mother and her mother saying the only reason he was angry was because he didn’t eat his blended salad.

She was on The Program for seven years, including two years in college at UC Berkeley.

It wasn’t until she met Tim, the man who became her husband, in 1981 that she began to give into her cravings.

‘I once ate meat at his home …and dreamed that night I was waving at my mom. Except, when I looked again, it was Tim. My emotional allegiances had shifted from Mom to him,’ she writes, according to The Post.

While Carol followed variations of The Program until her death from stroke in 2016, O’Brien no longer does.

Although she still struggles to form a healthy relationship with food, one way had been through a daily protein powder.

‘I like it because it balances me,’ she told The Post. ‘But the best relationship I had with food was when I was pregnant and eating [sensibly] for two.’