Before and after pictures reveal how Bobbie the cockapoo unleashed £1,500 worth of damage – after his owner nipped out for three hours

Fluffy pooch Bobbie was left to his own devices by Tara Jameson, 29, at her mum’s home while she attended her friend's wedding rehearsal. 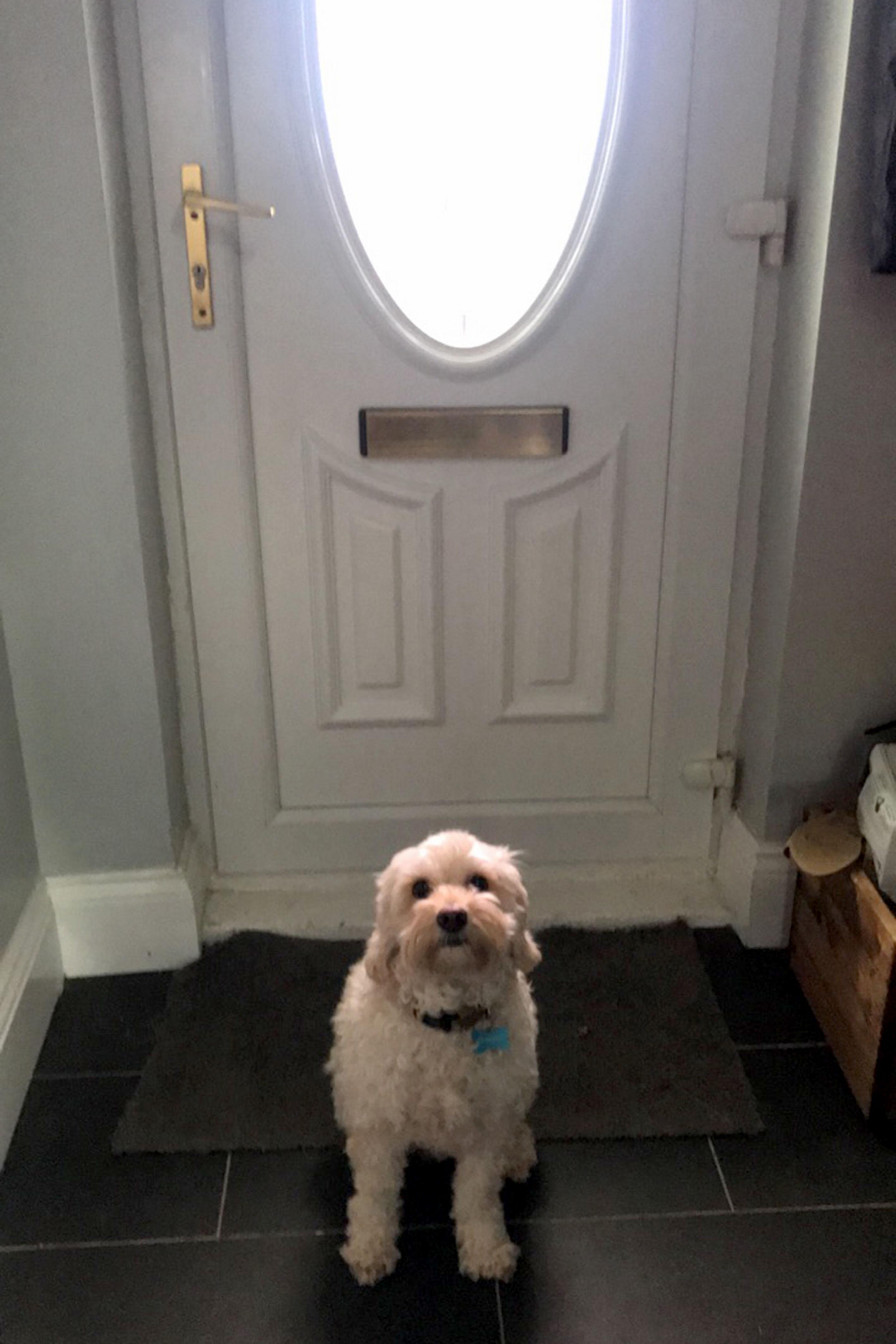 But when the postal worker arrived back to the house in Teesside, in North East England, she discovered Bobbie had chewed through the front door – as well as destroying a parcel containing a TV box, waiting to be returned.

The lovable pooch had created a three foot square hole in the door, causing damage worth £1,500 despite having been left with a bed to snooze in and a box full of brand new toys to play with that he never touched.

Tara, a postal worker, said: "Bobbie went through a phase where he became quite destructive when he was left and I even got a dog therapist to try and help.

"I moved in with my mum and a few days before we sadly lost our old dog. He loved her so much and really missed her. 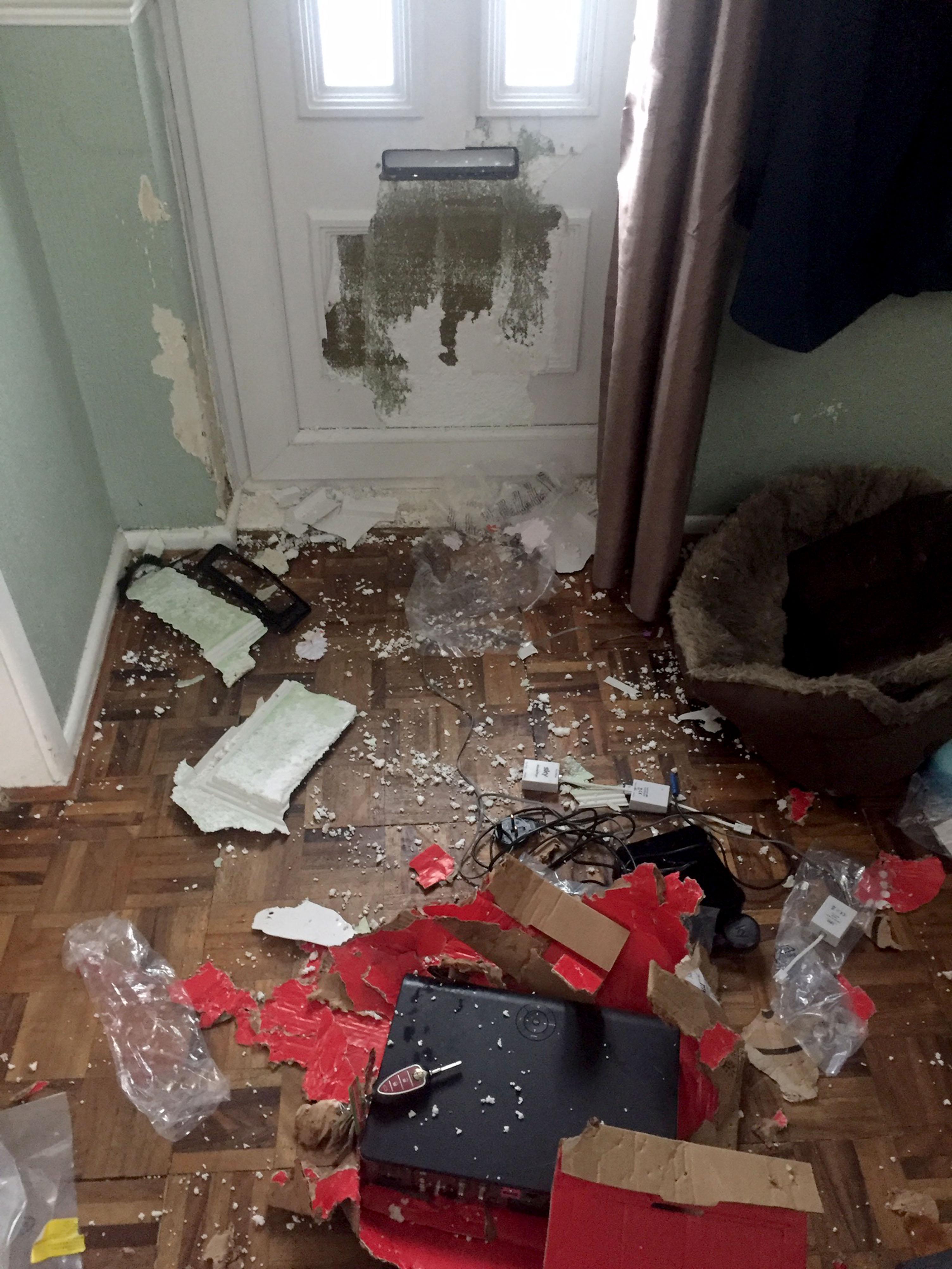 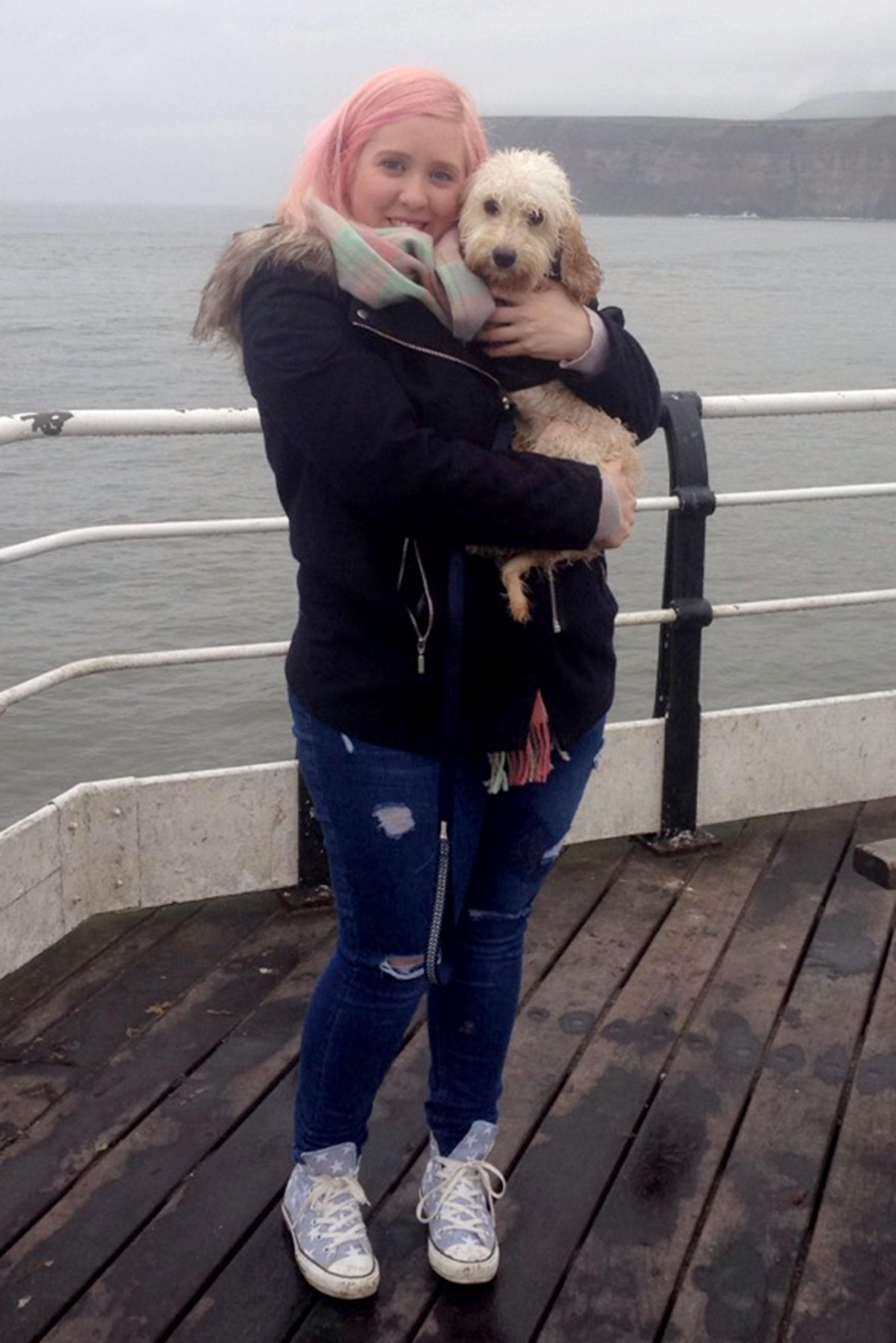 "It caused him to have separation anxiety and so I would go back to the house every couple of hours to check on him.

"But this was the worst he had ever done and it wasn't even my own house.

"At first I was shocked and angry but he was just so upset about being on his own I could understand why he had done it."

Beforehand, the pooch had only chewed minor objects such as socks and shoes but Tara was shocked by Bobbie's new level of destruction. 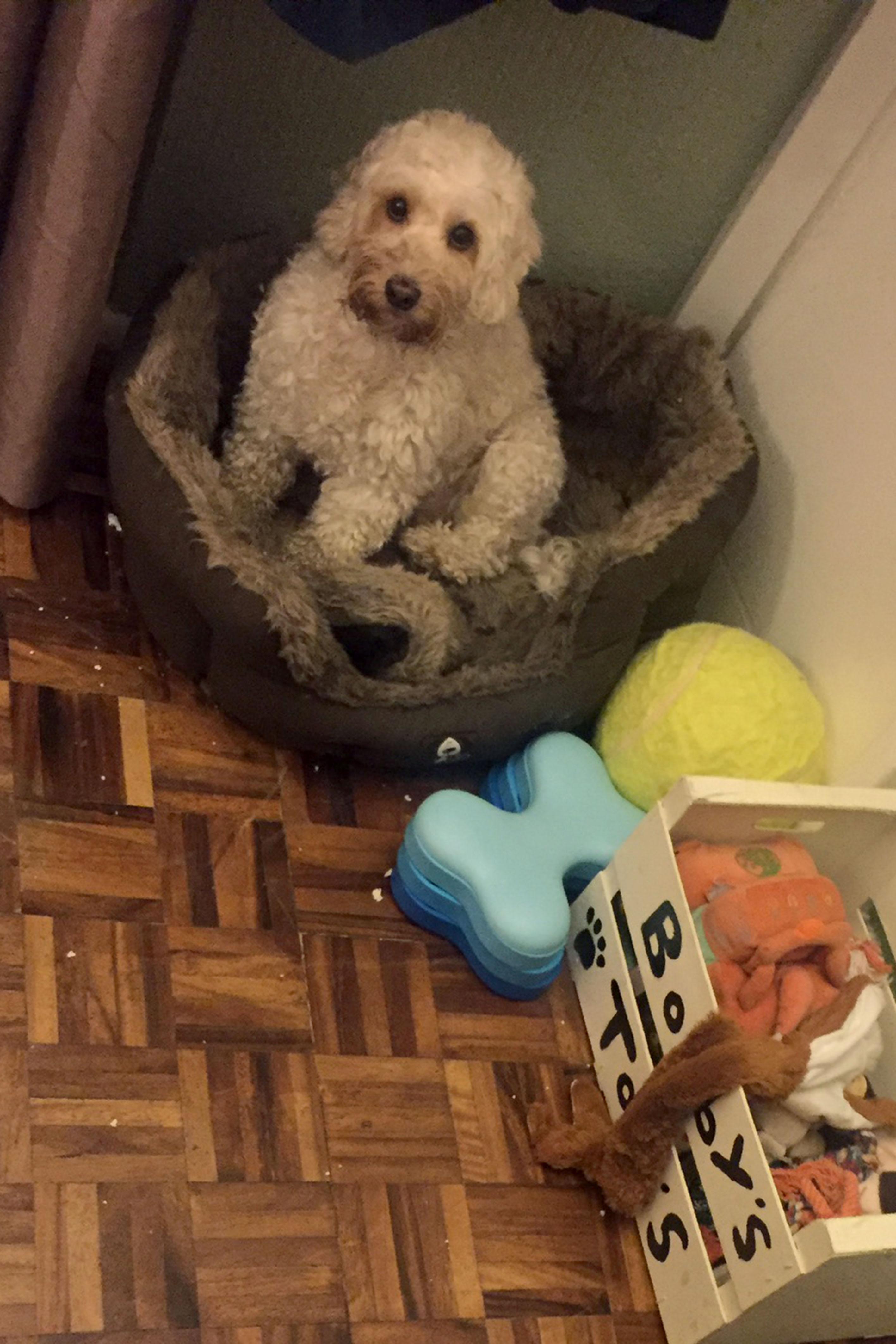 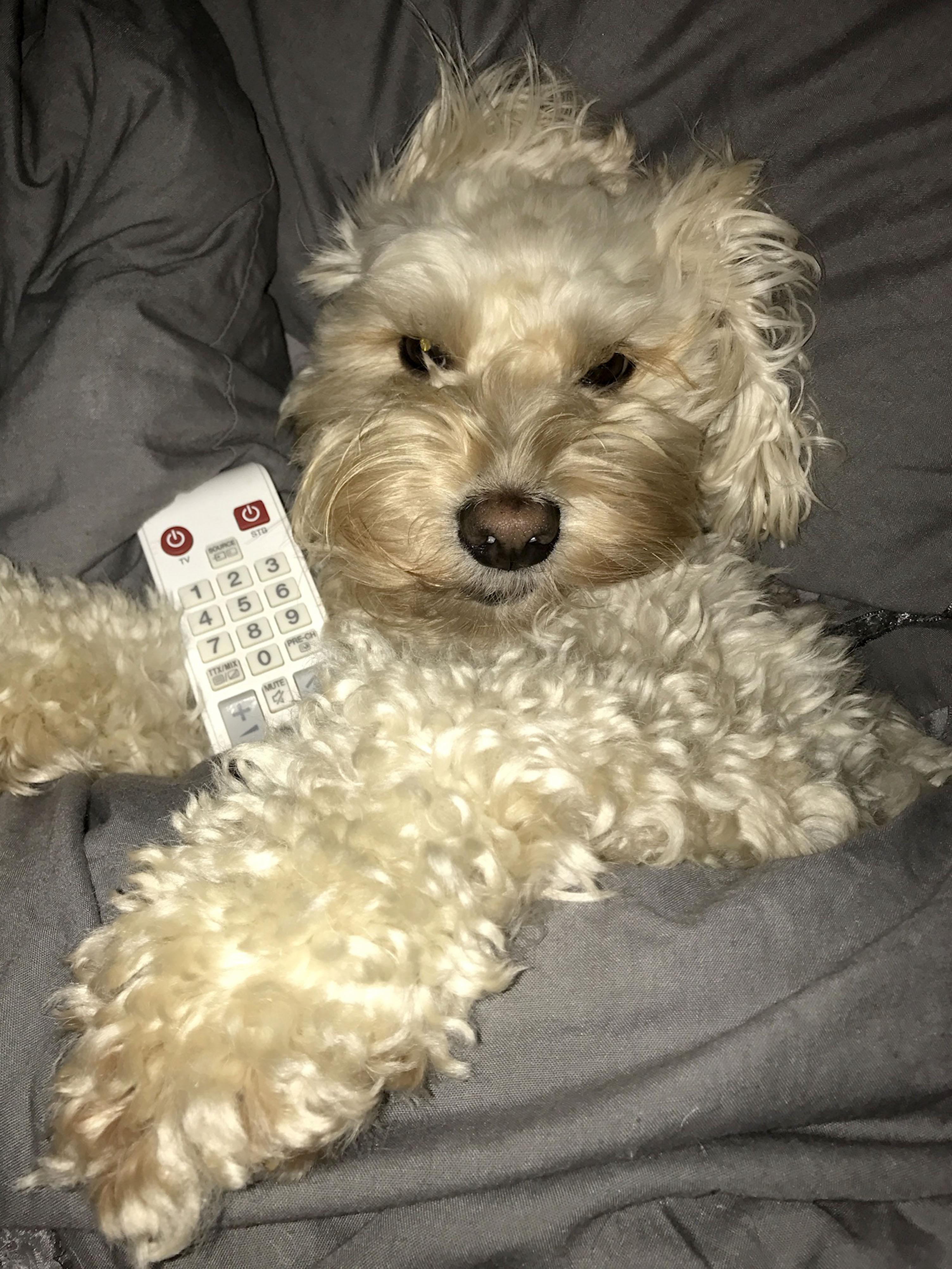 Tara said: "He has scratched his nails against the door so much they had gone into a point and he was soaking wet with sweat.

"I felt so sorry for him.

"He is not so bad now and only causes damage on the odd occasion.

"But he can get quite jealous and when me and my boyfriend head of the house he howls a lot.

"At the start of the night he will be asleep at the end of the bed but by the morning he is on my pillow."

It comes after a cheeky dog was caught on camera playing a hilarious game of hide and seek after refusing to come inside.

Friendly pooches aren't afraid of getting on camera, either, with pet owners left howling with laughter after seeing these pics.

But it's not just pooches that get into trouble when they're left alone – kids have also been caught red-handed.