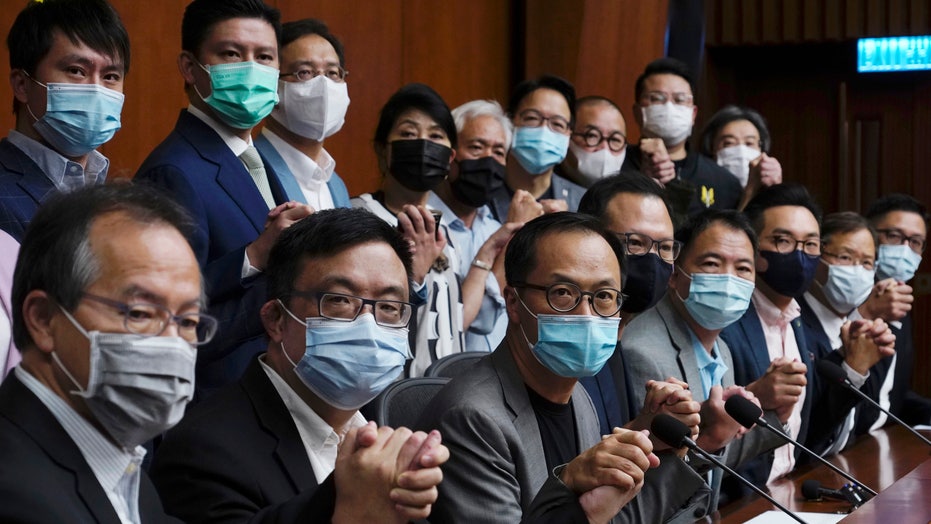 China’s top legislative body passed a resolution on Wednesday to make patriotism a legal requirement for Hong Kong lawmakers, according to multiple reports.

The resolution, which was passed by the National People's Congress Standing Committee, could give the Hong Kong government power to disqualify opposition lawmakers without having to go through the courts, according to the South China Morning Post, which cited unnamed sources.

The move could strip the seats of Alvin Yeung Ngok-kiu, Kwok Ka-ki, and Dennis Kwok, lawmakers of the liberal Civic Party, as well as Kenneth Leung of the Professionals Guild, a pro-democracy parliamentary group, sources told the paper. 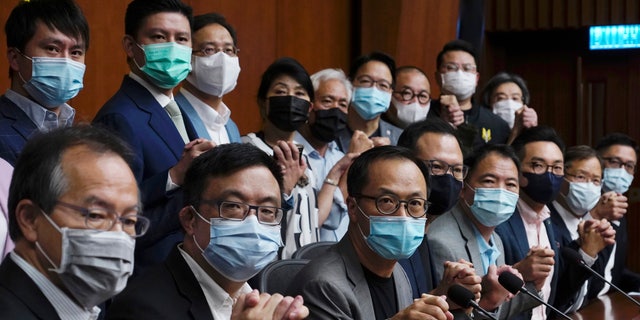 Earlier reports indicated the lawmakers would be accused of filibustering meetings and violating their oaths of office.

In July, the opposition lawmakers were barred from contesting the 2020 Hong Kong Legislative Council (LEGCO) elections, after they called on foreign governments to sanction Beijing and Hong Kong, the South China Morning Post reported. They were, however, allowed to serve out a one-year term extended by Beijing.

The elections were postponed a year by the government, due to concerns over the coronavirus pandemic.

At least 19 pro-democracy lawmakers on Monday threatened to resign if Beijing disqualified any of the four lawmakers.

The convener of the pro-democracy camp, Wu Chi-wai, said earlier this week that any move by Beijing to disqualify the legislators and prevent them from doing their duties would be “ridiculous.”

“It reflects they are ruthless, and they disrespect the Basic Law,” he said, referring to the mini-constitution that governs the semi-autonomous territory of Hong Kong after the former British colony was handed back to China in 1997.

Kwok said that disqualifications would be a “serious departure” framework under which Hong Kong enjoys freedoms not found in mainland China.

The resolution was expected to refer to patriotism as defined in 1984 by Deng Xiaoping, the former paramount leader of the People's Republic of China, according to the paper.

Deng defined patriotism as "respect for the Chinese nation, support for the motherland’s resumption of sovereignty over Hong Kong and a wish not to impair Hong Kong’s prosperity and stability," the South China Morning Post reported.