Victoria Cross recipient Ben Roberts-Smith wiped the contents of his laptop five days after he was told by lawyers in a defamation case to retain certain information and documents, a court has heard.

Mr Roberts-Smith, 42, is suing The Sydney Morning Herald, The Age and The Canberra Times over a series of stories published in 2018, which he says are defamatory because they portray him as someone who “broke the moral and legal rules of military engagement” and committed murder. 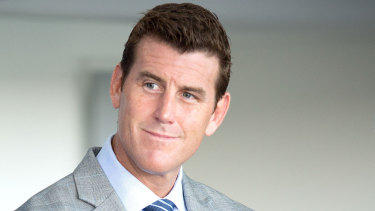 The trial, due to begin in Sydney on June 7, is expected to last six to eight weeks.

On Tuesday, the newspapers’ barrister Lyndelle Barnett told the Federal Court her clients have sought for a series of USB sticks retrieved from Mr Roberts-Smith’s former home in June 2020 to be produced to the court. However, they were told the contents of the USBs had been “condensed” onto Mr Roberts-Smith’s laptop in August or September last year and the USBs were then discarded.

“We then sought the laptop, with a view to it being inspected by an expert, and were told on Friday night that the applicant has wiped the hard drive of that laptop very recently, on the 17th of April,” Ms Barnett said. “Nonetheless, we still press for production of that laptop.”

Ms Barnett said the newspapers plan for an independent expert to examine the laptop to see if anything is recoverable, and to examine any metadata on the laptop so it might be seen how it was wiped.

“That did occur five days after we wrote to the applicant requiring him to retain documents associated with the USBs, so we are concerned about the hard drive having been wiped in those circumstances. It is something we wish to explore,” Ms Barnett said.

“We don’t accept it was appropriate for the applicant to wipe his hard drive after being asked to retain it, but that will be a matter for trial.”

Mr Roberts-Smith’s barrister Bruce McClintock SC said he is happy to provide the laptop, adding “there’s nothing sinister in what occurred”.

“My client was in the course of buying a new computer and trading in the old one, and that’s the reason for these events,” Mr McClintock said. “The five USBs, or whatever number they were, were in fact condensed into one USB.”

He said this USB remains with his instructing solicitors because “I believe there are national security issues”.

Mr McClintock asked for the newspapers to produce interview recordings with relatives of Ali Jan, an Afghan man who was allegedly kicked off a cliff and shot dead by Australian soldiers in September 2012 in the village of Darwan.

The barrister said his understanding is some interview excerpts were published, while others were “destroyed”, which he finds hard to accept and is a matter he will take further.

“This is a significant issue about destruction of documents by the respondents,” Mr McClintock said.

“As I understand it, one of the recordings is of the supposed Ali Jan’s wife. I fail to see how anyone could have ever thought that wouldn’t be relevant.”

Ms Barnett said the recordings were made, and deleted, some months prior to the stories in the defamation case being published. She said the interviews were filmed on an iPhone with recordings starting and stopping, which meant there were short clips which contained nothing relevant.

Ms Barnett said none of the interviews were with the Afghan witnesses who will give evidence in court that they witnessed the circumstances of Ali Jan’s death.

Mr Roberts-Smith is arguing in the defamation case that the newspapers wrongly suggested he disgraced his country and the Australian Army through his conduct in overseas deployments with the SAS.

The stories published in 2018 also portray him as a “hypocrite” who “abused a woman”, Mr Roberts-Smith says, by detailing allegations that he punched a woman with whom he was having an affair.

In a defence, the newspapers have argued the articles do not convey the defamatory imputations pleaded by Mr Roberts-Smith and he is not identifiable in some of them.

However, if the Federal Court finds the articles did identify and defame him, the outlets have pleaded a defence of truth to all the claims, including alleging Mr Roberts-Smith was involved in unlawful killings in Afghanistan.

The case will return to court for further pre-trial directions on June 2.