JOE Biden said he would "make it required" that people wear masks in public if he becomes president.

"I would insist that everybody out in public be wearing that mask," the Democrat said in an interview with KDKA on Thursday. 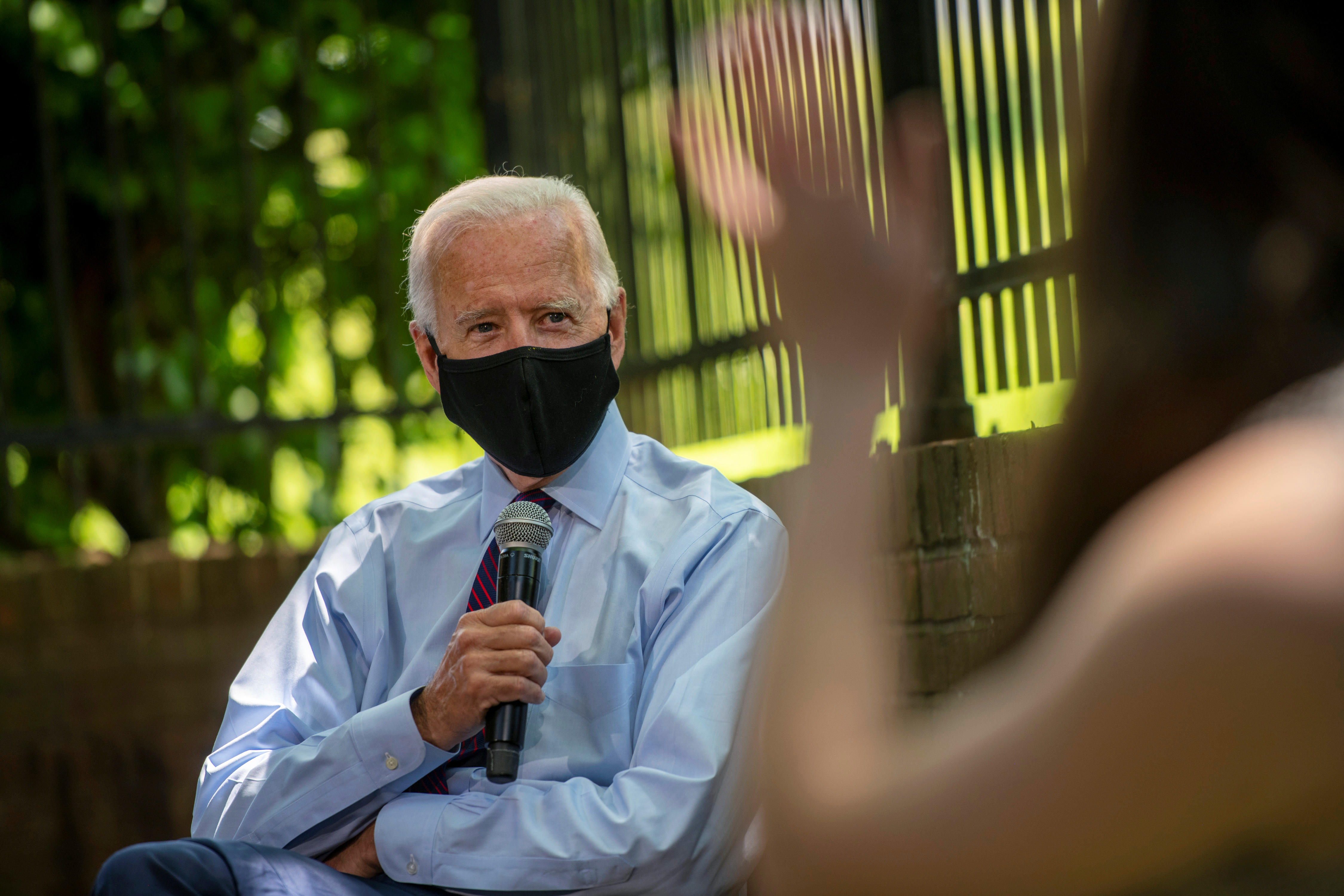 "Anyone to reopen would have to make sure that they walked into a business that had masks."

Before making his bold statement, the presidential hopeful insisted that "the one thing we do know is these masks make a gigantic difference."

He was then asked if he would use executive power to make wearing a face mask mandatory.

"From an executive standpoint, yes I would…" he said. "I would do everything possible to make it required that people had to wear masks in public."

During a campaign event on the same day in Lancaster, Pennsylvania, Biden was seen wearing a face mask.

The Democrat has taken a polar approach to President Donald Trump over the use of face coverings.

During his recent rallies, the Trump campaign has said face masks will be provided, however, wearing one at the event is not mandatory.

The president has also been seen flouting recommendations to wear a mask at his own rallies and public appearances.

On Thursday, the United States recorded the highest daily COVID-19 cases for the second day in a row as infections topped 37,000.

As of June 25, the deadly bug sickened more than 2.4million people with over 124,000 deaths on American soil.