Victorian Treasurer Tim Pallas will hand down his seventh state budget next week in circumstances no one saw coming.

Missing is the state’s premier, so too a small surplus that was predicted before the pandemic and is unlikely to return anytime soon. 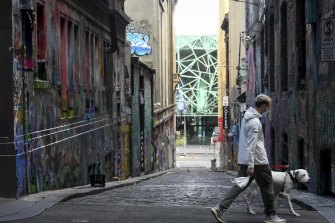 While Victoria’s economy has witnessed a recent rush of activity, it is still in a recovery phase after the state’s damaging lockdown. Such conditions make it tricky to hand down a budget that is fair, stimulates growth and finds a solution to Victoria’s eye-watering debt.

In the past six months, Victoria’s economy has rebounded with the end of restrictions triggering a faster-than-expected recovery. Between October and December last year, the state’s economy grew by 6.8 per cent while the national economy expanded by 3.1 per cent.

As a comparison, the NSW economy grew by 2.9 per cent and Queensland by 2 per cent during the same period.

Unemployment has also recovered from a peak of 7.5 per cent in June to 6.1 per cent in March. That’s still one of the higher rates in the country, but it represents almost 28,000 more full-time workers than a year ago. 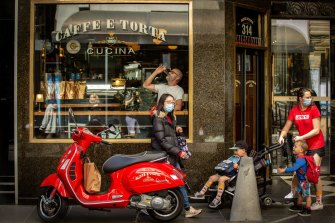 People took to the streets and cafes in Melbourne after restrictions were eased last October.Credit:Getty Images

It all sounds like good news but Victoria is coming from a low base and has a long way to go.

The economic surge has largely been driven by state government spending and pent-up demand from consumers trapped in their own country. According to last year’s budget papers, that spending was estimated to be $90 billion this financial year, compared with a forecast $73 billion the previous year.

But such high levels of government support can’t last forever.

In February, Moody’s surprised no one when it downgraded Victoria’s credit rating from AAA to AA1 over concerns the state’s debt burden would keep going up and remain high for the next 10 years. 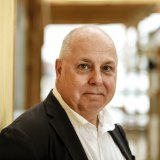 And you can see why. In the second half of 2020, Victoria collected $9.7 billion less in revenue than it spent. The mid-year financial report showed net government debt had increased by $17.4 billion, taking the state’s total debt to more than $60 billion.

To put that in perspective, NSW’s net debt sits at $53 billion, but Victoria’s liabilities are predicted to be 50 per cent greater than NSW’s by 2023-24.

It's true that economists, industry and even the governor of the Reserve Bank encouraged the states to use record low interest rates to borrow up big and spend their way out of economic trouble. But such a recommendation relies on interest rates staying low so the borrowed amount can be paid off.

Business investment is weak, population growth is flat and household consumption is predicted to fall. Short of paying down debt, the best Victoria can hope for is that the government keeps paying the interest bill on its record borrowing.

Eventually, someone will have to pay it off and if interest rates do rise, which they will, that will leave future governments with little choice but to cut services or boost taxes. Options the current government wants to avoid.

Politically, such debt could expose the Andrews government to a scare campaign ahead of November 2022. But the pandemic has rewarded Australian incumbents and it has also disarmed the opposition from using debt and deficit as political weapons.

Regardless, Pallas cannot afford to continue the record rates of government spending that characterised the last budget. The government has already racked up $81 billion in infrastructure spending with its pipeline of projects almost doubling since Premier Daniel Andrews took power in 2014.

There is little doubt the Commonwealth’s slow vaccine rollout is also causing headaches at the Treasury. The delay means Victoria cannot confidently rely on international tourism, international students or population growth to prop up the economy as it has done in the past. 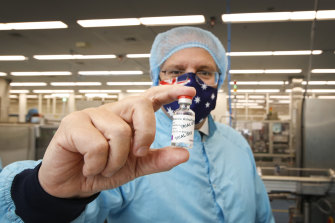 So far, Tim Pallas has refused to rule out increasing taxes, but his options are limited.

Victoria collects most of its taxes through land transfer duties (stamp duty) and payroll tax, which collectively make up more than two-thirds of the state’s taxation revenue. The rest is made up on a range of smaller levies and taxes on gambling, insurance and motor vehicles.

Victoria has come under increasing pressure to replace stamp duty with a broad-based land tax following similar moves in NSW and the ACT. But stamp duty revenues are a significant source of income and adjusting it would probably leave a short-term hole in the budget that the government can't afford.

The final option left for Victoria is to rely on a top up from Canberra. The states rely on transfers from the Commonwealth for about half of their revenue.

Tuesday’s federal budget saw an unexpected increase to the states’ GST entitlement, estimated to be just over $6 billion more for Victoria over four years. An unexpected windfall but not enough to balance the books.