Switzerland’s mighty Aletsch may melt away by end of this century if global warming continues unabated, study says. 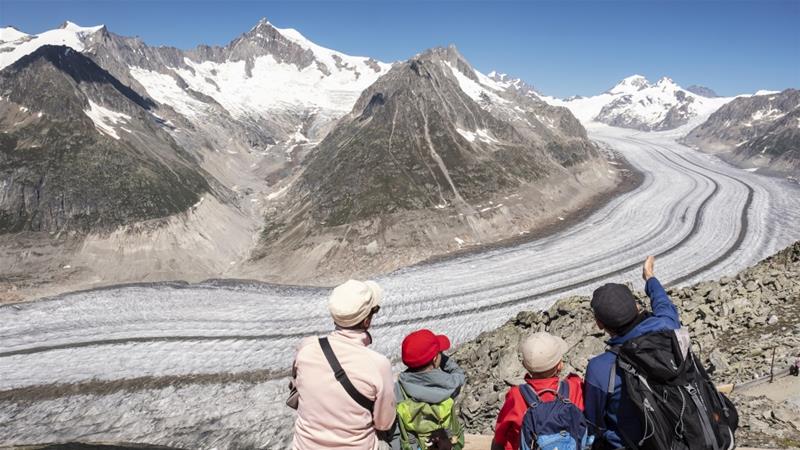 The mighty Aletsch – the largest glacier in the Alps – could completely disappear by the end of the century if efforts are not taken to rein in climate change, a study has showed.

A team of researchers in Switzerland used cutting-edge simulation to show how the Aletsch Glacier will change as the planet gets warmer, the ETH technical university in Zurich said in a statement on Thursday.

The glacier, which covers 86 square kilometres in the Swiss Alps and holds about 11 billion tonnes of ice, has already seen its tongue recede by about a kilometre since the turn of the century.

Scientists predict that trend will continue even if the world is able to meet the 2015 Paris Agreement target of capping global warming at “well below” two degrees Celsius.

The ETH researchers said that even in the best-case scenario, the glacier would lose 50 percent of its volume and length by the year 2100, while in the worst-case scenario, “a couple patches of ice will be all that’s left.”

Aletsch is one of more than 4,000 glaciers – vast, ancient reserves of ice – dotted throughout the Alps, providing seasonal water to millions and forming some of Europe’s most stunning landscapes.

In a study earlier this year, ETH researchers determined that more than 90 percent of those glaciers will disappear by 2100 if greenhouse gas emissions are left unchecked.

They show the glacier seen from the Eggishorn and Jungfraujoch peaks, which tower 2,927 and 3,466 metres above sea level, as it rapidly recedes over the coming eight decades.

They focused on three scenarios determined by the different concentrations of CO2 in the atmosphere.

Even if warming is limited to below 2C and the climate is stabilised by 2040, “we have to assume that the Aletsch Glacier will keep retreating until the end of the century,” Jouvet said in the statement, pointing out that large glaciers are very slow to react to climate change.

This, he said, “means both ice volume and length will be reduced by more than half of what they are today”.

If the global community is unable to pull together and effectively limit the planet-warming gases emitted through burning fossil fuels, construction, aviation and mega-farming, the situation for the glacier will be “much more critical”, ETH said.

If Switzerland’s climate warms by 4-8C by 2100 – an “unfavourable but unfortunately fully realistic scenario” – only “a couple of measly patches of ice” will remain.

“And Konkordiaplatz, which is directly below Jungfraujoch and still covered in about 800 metres of ice, will be completely ice-free,” Jouvet said. 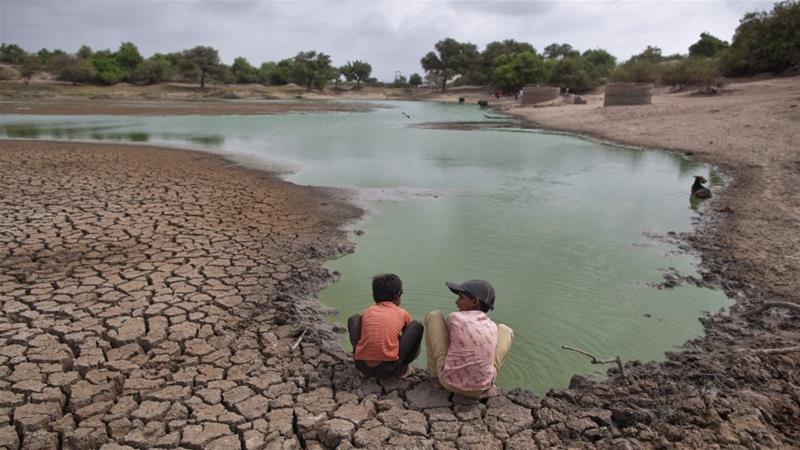 Tackling climate change: Where do we begin?