Lounging in a pool with his beautiful girlfriend, fashion tycoon Umar Kamani seems not to have a care in the world. But while the Pretty Little Thing founder enjoys a spa in Dubai, ordinary taxpayers are covering the cost of his employees’ wages.

The Mail on Sunday can reveal that the 32- year-old, whose personal wealth is estimated at £1billion, has furloughed 86 members of staff at his Manchester-based company. He took the decision shortly after the lockdown in order to use the Government’s scheme, which uses taxpayers’ money to pay workers 80 per cent of their usual income up to a maximum of £2,500 per month. 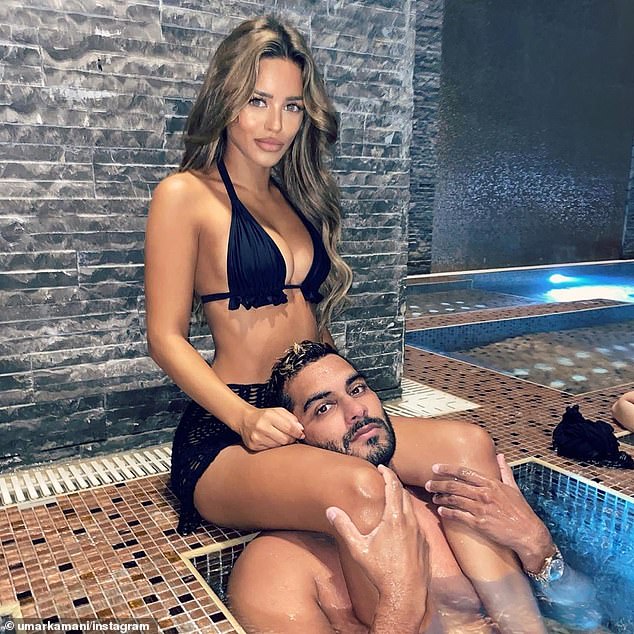 Pretty Little Thing had a turnover of £374million in 2018, yet saddling the taxpayer with the cost of paying his workers didn’t appear to trouble Mr Kamani when he posted a photograph at his Dubai home with girlfriend Nada Adelle, 26, on Instagram on April 18, with the caption: ‘Isolationship.’

On the same day, one of his employees, Marissa Lowe, wrote on Twitter about how missing work had left her feeling ‘depressed’ and ‘bipolar’. Mr Kamani, whose father Mahmud founded the internet fashion firm Boohoo, launched his own company in 2012. 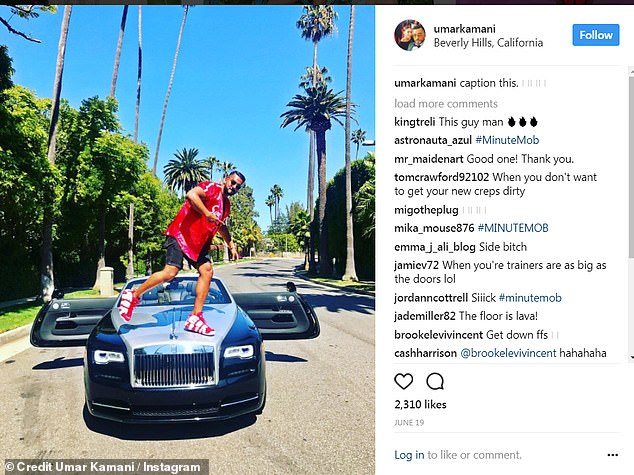 Umar Kamani CEO & Founder PrettyLittleThing.com posted this image on his instagram page of him on his Rolls-Royce Dawn in Beverly Hills

His wealth has allowed him to buy a fleet of cars, including two Rolls-Royce Phantoms, a £300,000 Lamborghini Aventador, a £92,000 customised G-Class Mercedes and a high-end Range Rover. He leads a playboy lifestyle, regularly travelling by private jet to socialise with the likes of P Diddy, Jennifer Lopez and Denzel Washington.

Other pictures on his Instagram account show him with US reality star Kylie Jenner, dining at the plush Nobu restaurant in Malibu and posing at the wheel of a yacht on Italy’s Amalfi Coast. As well as deferring the cost of his staff to the taxpayer, Mr Kamani has made £5million from an investment in a company that is developing a new Covid-19 antigen test.

Last month, he spent £1million on shares in Avacta Group. Mr Kamani paid 18p a share for stock in the company but the price has risen sharply throughout April on hopes the firm will successfully develop the antigen test. 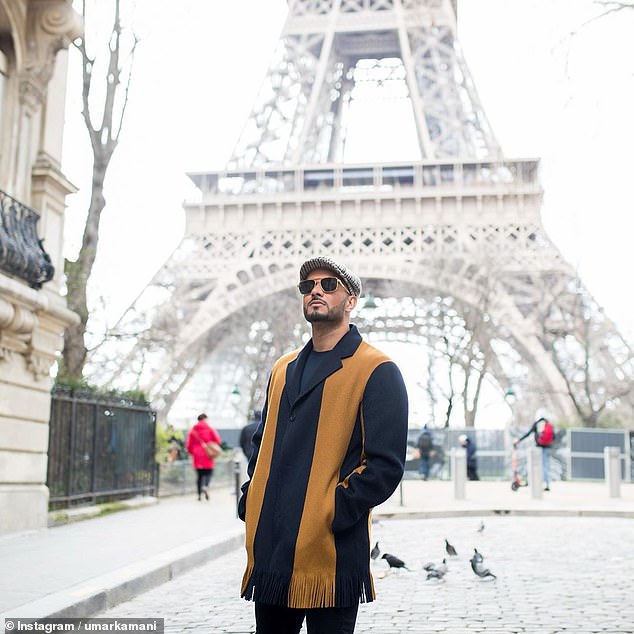 Shares closed on Friday at 109p each, giving the company a market capitalisation of £226.7million. That means Mr Kamani’s investment is now worth almost £5 million.

Last night, a spokesman for Umar Kamani, who lives in Alderley Edge, the Cheshire village popular with Premier League footballers, said: ‘We are entering an unprecedented period and while it is too early to quantify the future impact of Covid-19, we are taking measures to position the business to protect jobs going forward and keep the business on a strong financial footing in what we expect to be a temporary environment.

‘It is important to note that Pretty Little Thing staff are still being paid their full salary as a result of the Government furlough initiative and the company’s decision to ‘top up’ salaries so they receive 100 per cent of what they would usually be entitled to each month.’

The spokesman also said a number of Pretty Little Thing employees would be returning to work tomorrow.

James Corden is taking a £45,000-aweek salary cut to cover the wages of 60 furloughed staff who work on his US chat show.

The 41-year-old presenter of The Late Late Show took the decision after the CBS TV network said it would only cover the salaries of production workers until tomorrow.

The show was shut down on March 15 due to coronavirus but relaunched with a skeleton crew from the garage of Corden’s £8million Los Angeles home on April 14.

Pledging to continue broadcasting, the comedian said: ‘Socially, we can be as connected as ever. Physically, we can’t be together, but socially and mentally we can be together. The world has never been more equipped for us to stay connected to each other.’