A STRANGE creature with the body of a shark and the face of a pig has been pulled out of the sea by baffled naval officers.

The animal was spotted floating in the water on the Italian island of Elba. 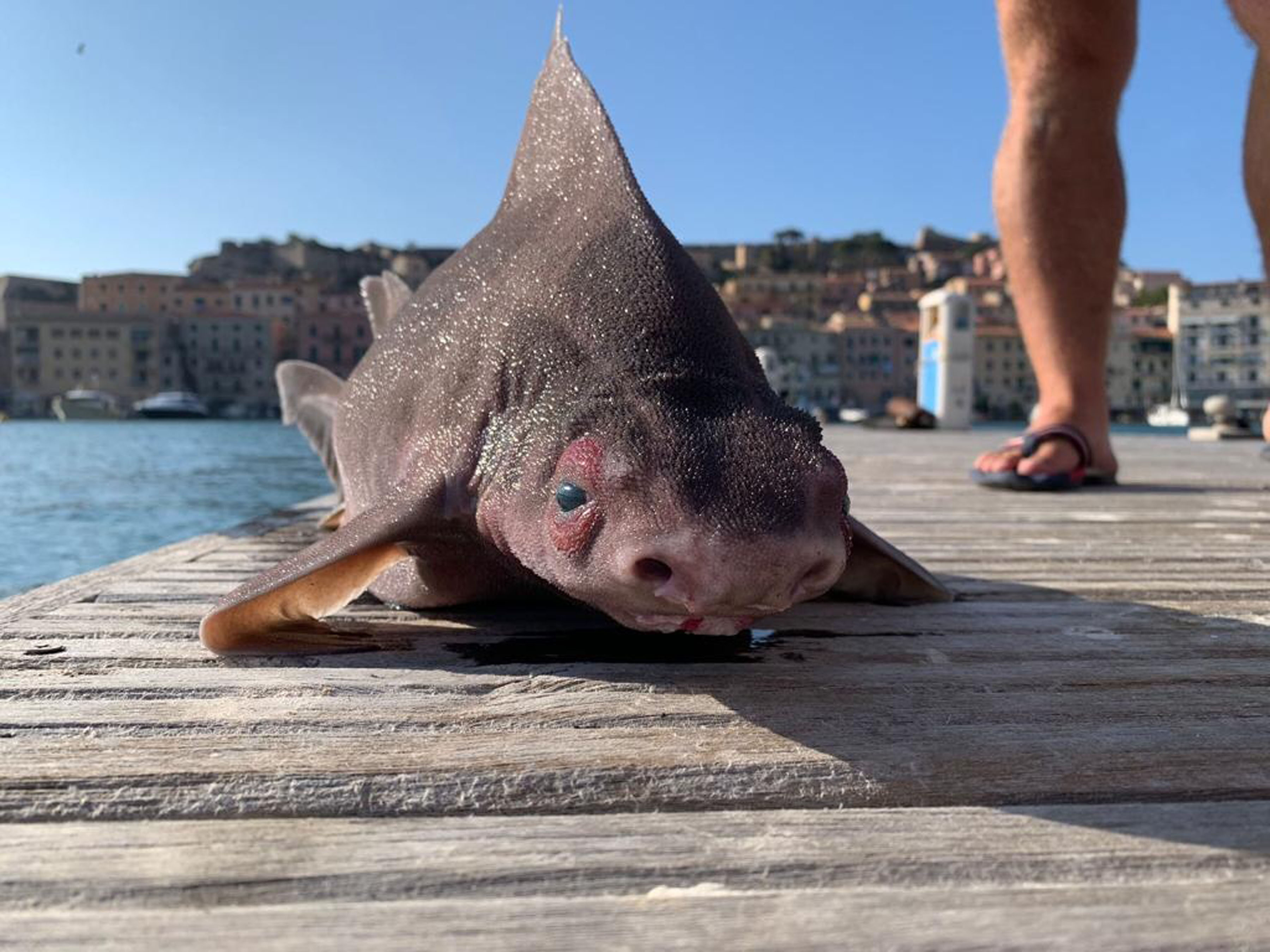 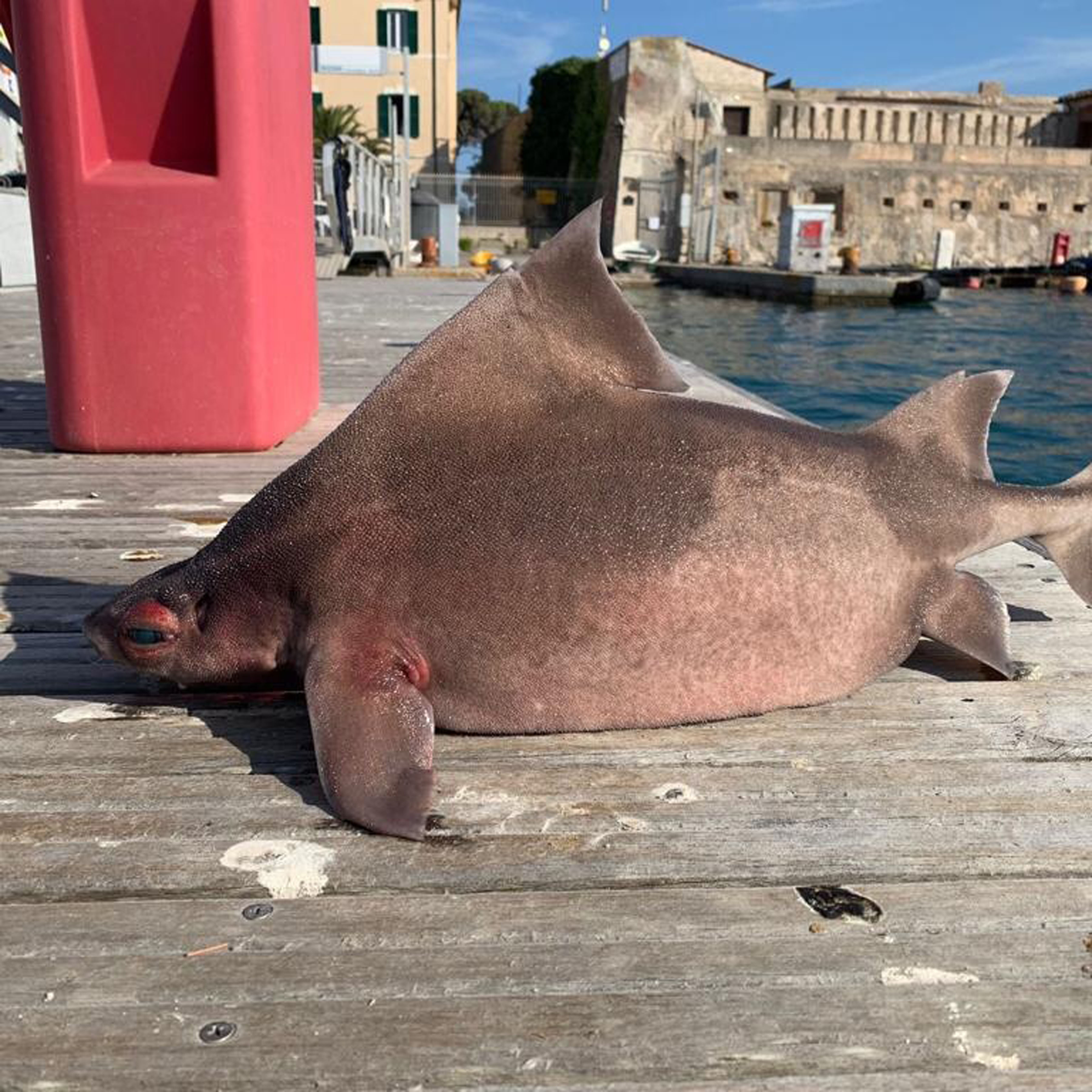 Sailors on a naval vessel were shocked to see the weird shark-like beast in the Darsena Madicea marina.

But their discovery got even more bizarre after pulling it out of the water to find it had the face of a pig.

It has since been identified as an extremely rare Angular roughshark, also sometimes known as a pig-faced shark, after being picked up on August 19.

The fish is listed on the IUCN Red List as endangered and lives in the deepest part of the sea.

It usually lives up to 700 meters, 2,300 feet, below the surface meaning it is rarely ever spotted by humans.

Hundreds of people have been shocked by the marine creature, with pictures going viral after being posted online.

Some people were quick to criticise the sailors who had taken it out of the water, accusing them of capturing and killing the shark.

But the angular roughshark has been taken to the Harbour Office to be studied and then ultimately disposed of.

Yuri Tiberto of the Elba Aquarium told local media that although rare, it was still not uncommon for it to be seen locally.

He said: "It is commonly called a 'pig fish' because when it comes out of the water it emits a kind of grunt.

"In the sea of the Tuscan archipelago, so rich in biodiversity… it is not uncommon to find this fish, and I can safely say that I often receive reports telling me of 'pig fish' that have ended up in local fishing nets.

"I also tried for a period to host it in one of the tanks at the aquarium, but soon I gave up because I saw that it is a species that does not adapt to captivity."

The beast is known to live in the East Atlantic Ocean and the Mediterranean, and can easily be identified by its broad, flattened head and its fat, blunt snout.