FLOODS of migrants could surge into Europe as the regime in Syria pummels the last rebel stronghold with intense air raids.

Officials in the last rebel outpost say an estimated 700,000 people have been forced out of their homes due to a recent surge in violence and many more could follow. 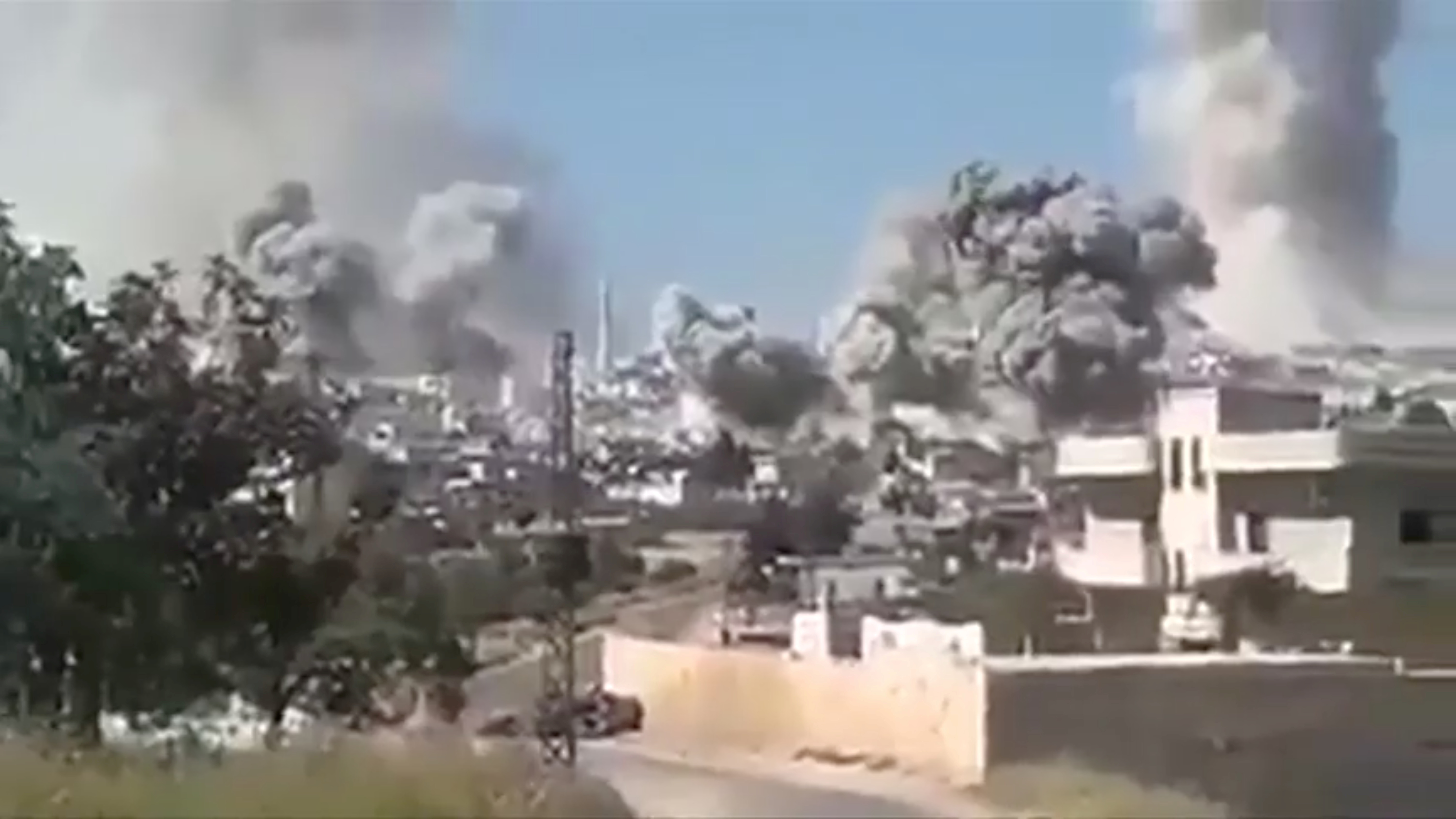 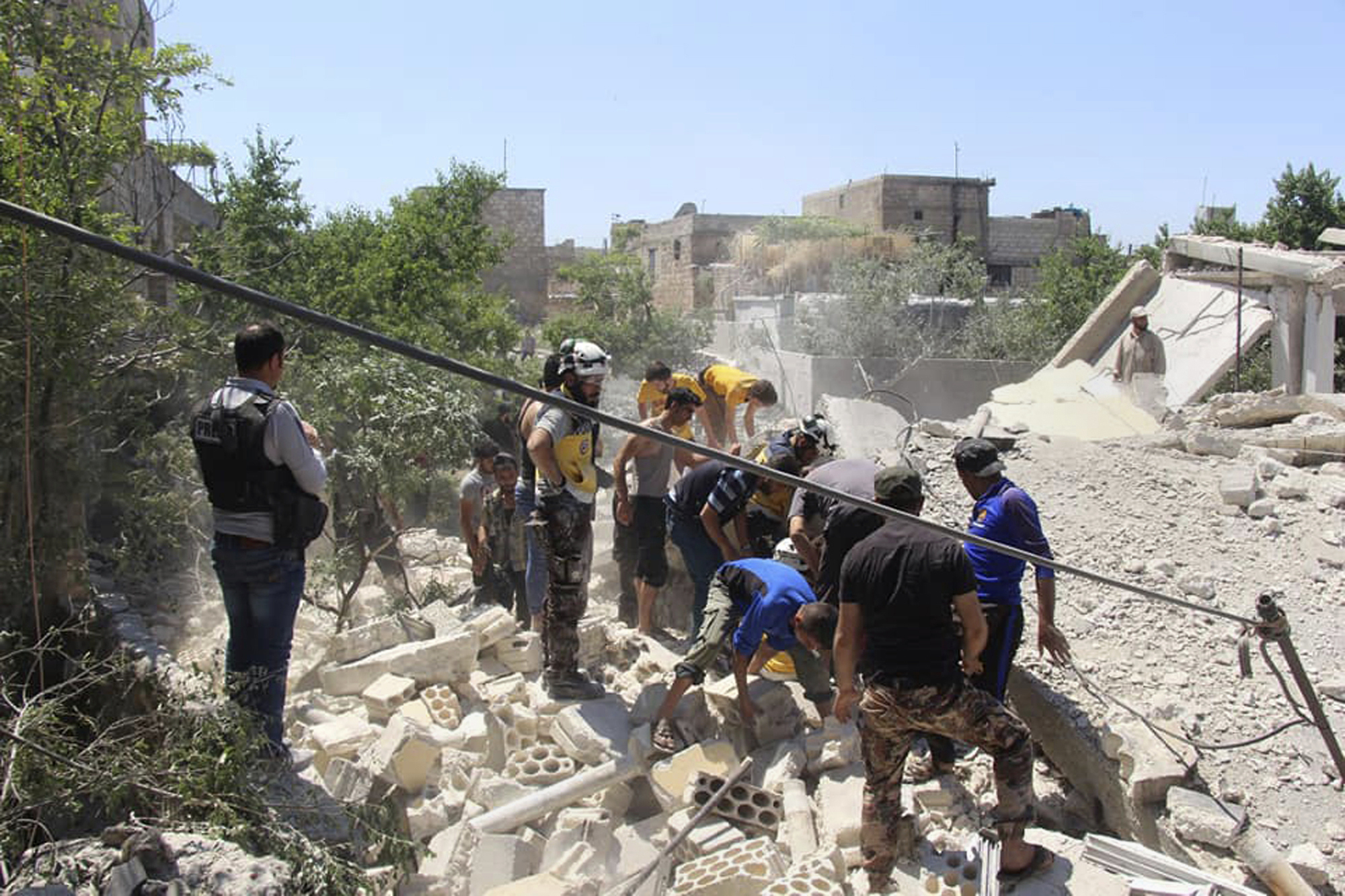 Syrian activists and rescuers say government warplanes and artillery have pounded the last rebel stronghold in the country, killing at least 14 people by midday.

Today’s attacks mark a month since the forces of Russian-backed dictator Bashar al-Assad escalated their offensive on the rebel stronghold in northwestern Syria, which is home to three million people.

It is feared there could be a repeat of the 2015 crisis, where hundreds of thousands of Syrian asylum seekers surged to Europe followed by thousands more economic migrants from across the globe who exploited the chaos to sneak into the continent.

One woman, called Heba, told Sky News: "We cannot live under Assad… he's killed so many of us.

"We need to go to Turkey or Europe. If the Turkish won't open the border, we will break it down."

Idlib is the most densely packed areas in Syria, a country where an eight year civil war has killed hundreds of thousands.

We need to go to Turkey or Europe. If the Turkish won't open the border, we will break it down

Recent evidence suggests hundreds have been killed in hospitals and schools in after being deliberately attacked by the Syrian regime, sometimes using banned cluster bomb weapons which the UK ambassador Dame Karen Pierce said maybe a war crime.

The area is packed with people who have fled from places like Aleppo, which was formerly held by rebels until months of air raids and shelling reduced the historic city to an wasteland.

Rescuers say they struggled to respond to the intense bombing that began before dawn.

What is the Syrian conflict?

Some of these rebel groups are backed by al-Qaeda while other groups are supported by the West.

The US is said to have 2,000 troops on the ground offering support to those battling ISIS.

Russia is also there to fight against Isis, however they also attack other anti-Assad rebels, including those backed by the US.

Iran is also a powerful backer of the Assad regime as both are from the Shia branch of Islam as opposed to the Sunni religion of Isis and Saudi Arabia.

In May 2018, Iranian Quds forces based in Syria launched a 20 rockets attack on Israel.

None of the rockets hit any targets and Israeli aircraft responded by extensively hitting both Syrian and Iranian military sites in Syria.

Syrian state media said one woman was killed in government-held northern Hama province after rebel shelling of the area. 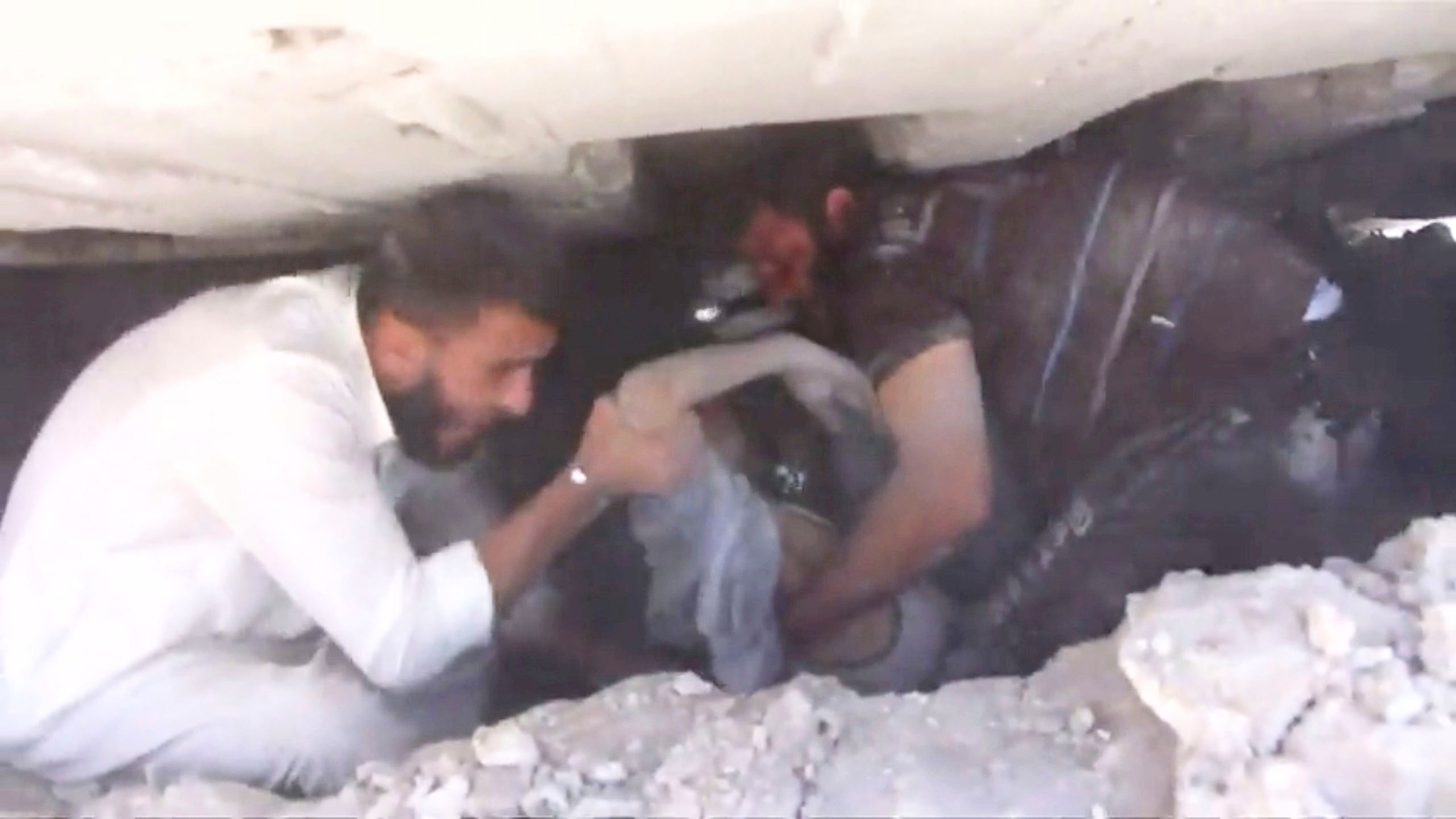 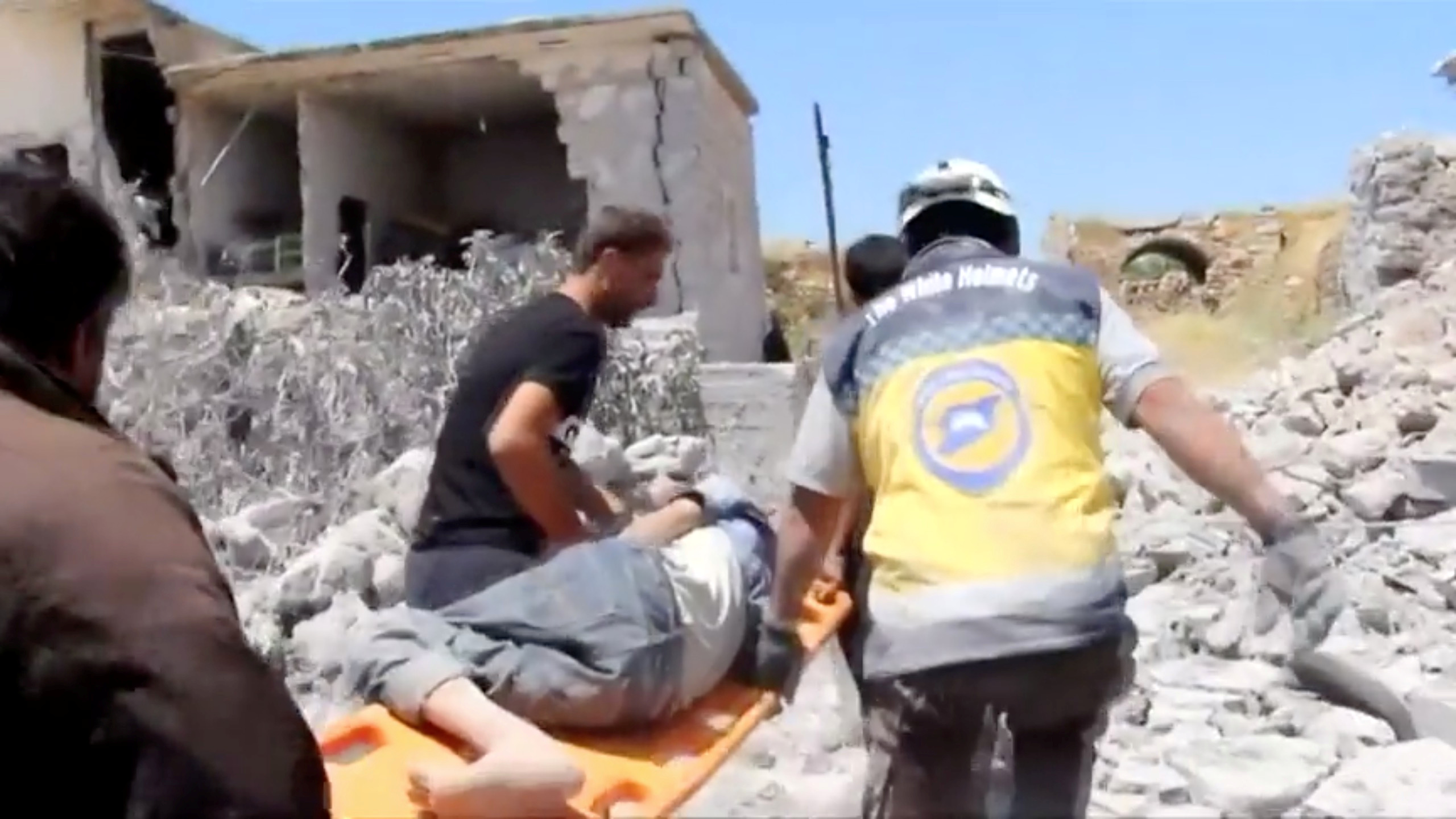 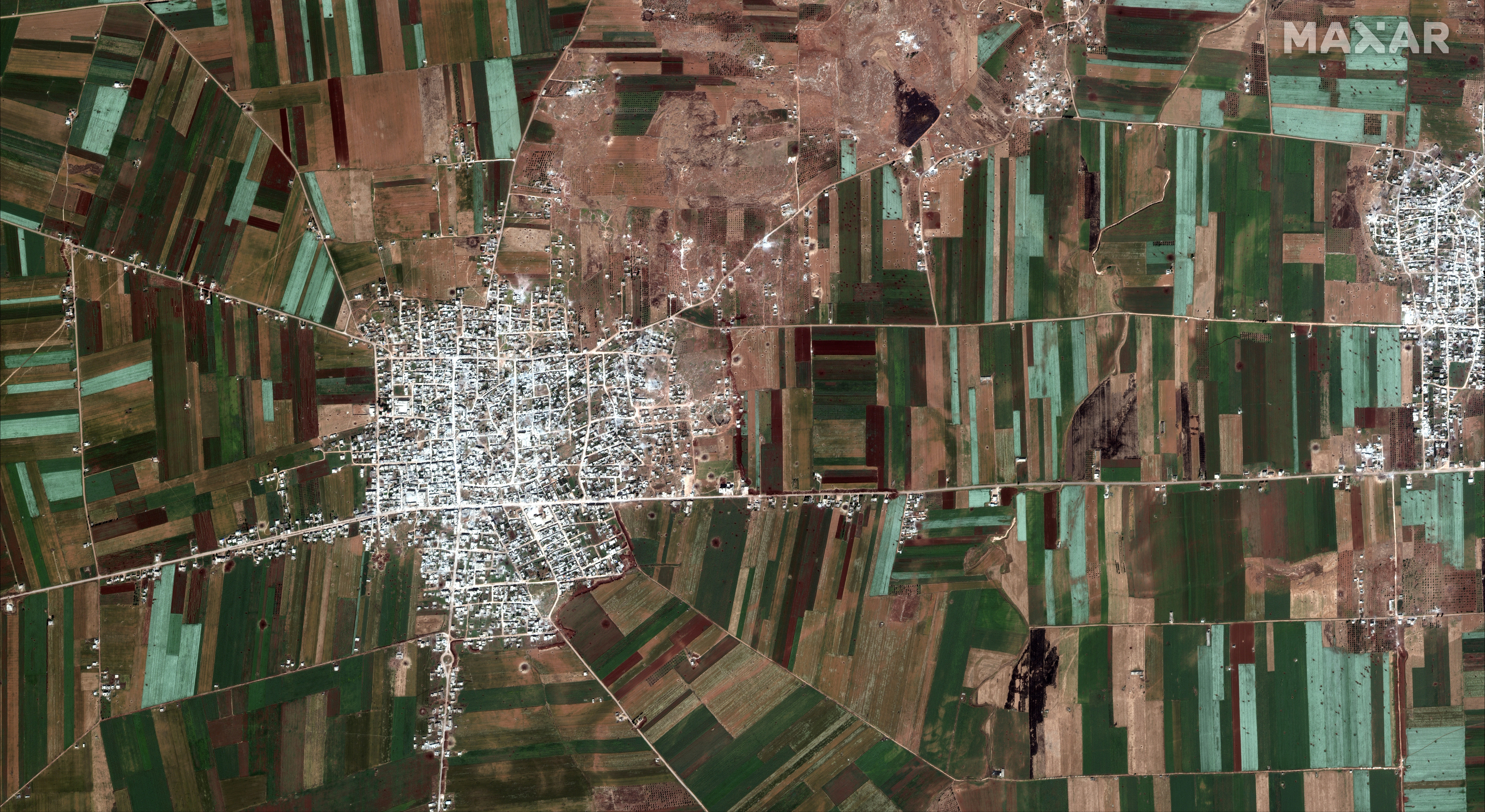 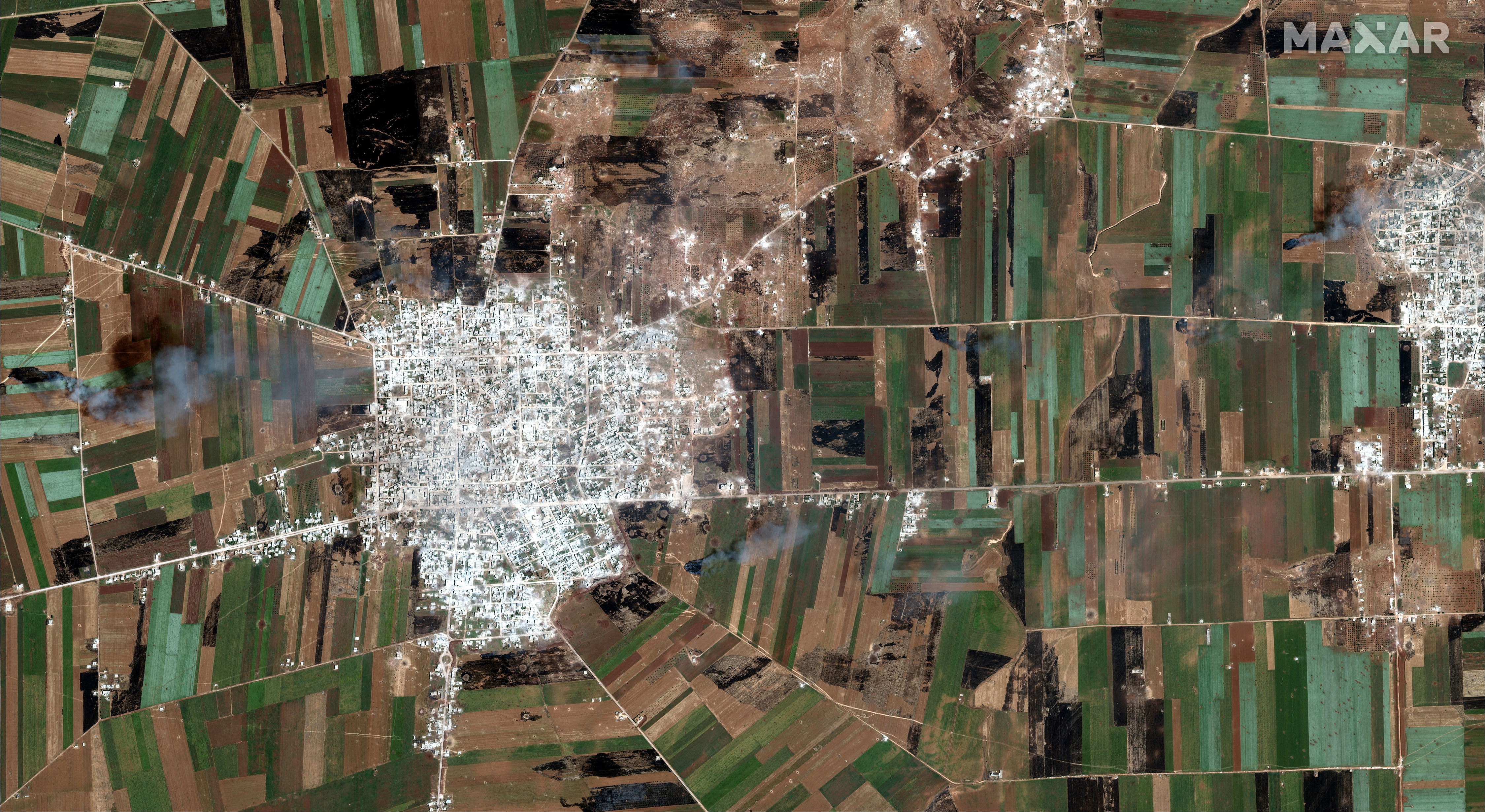 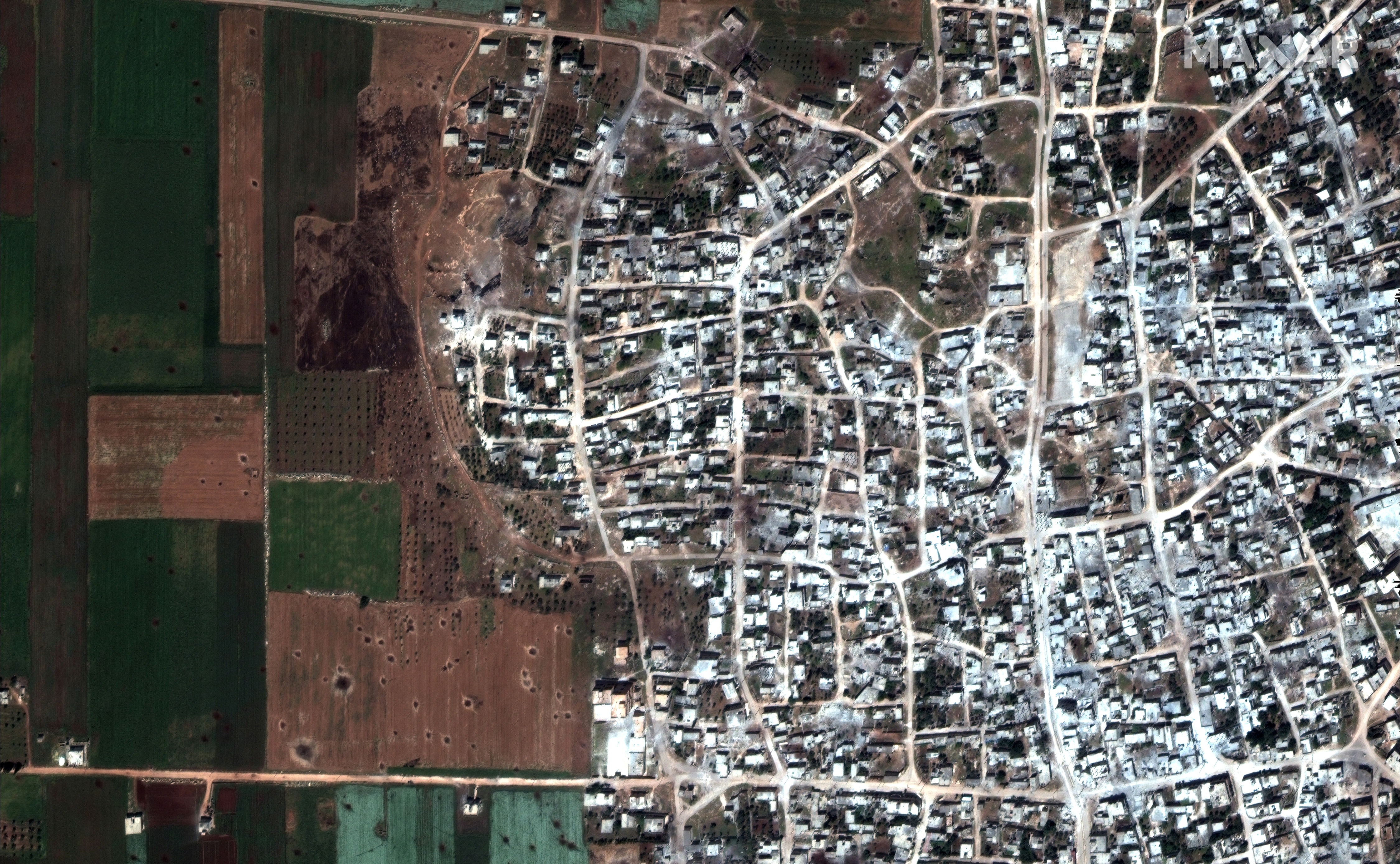 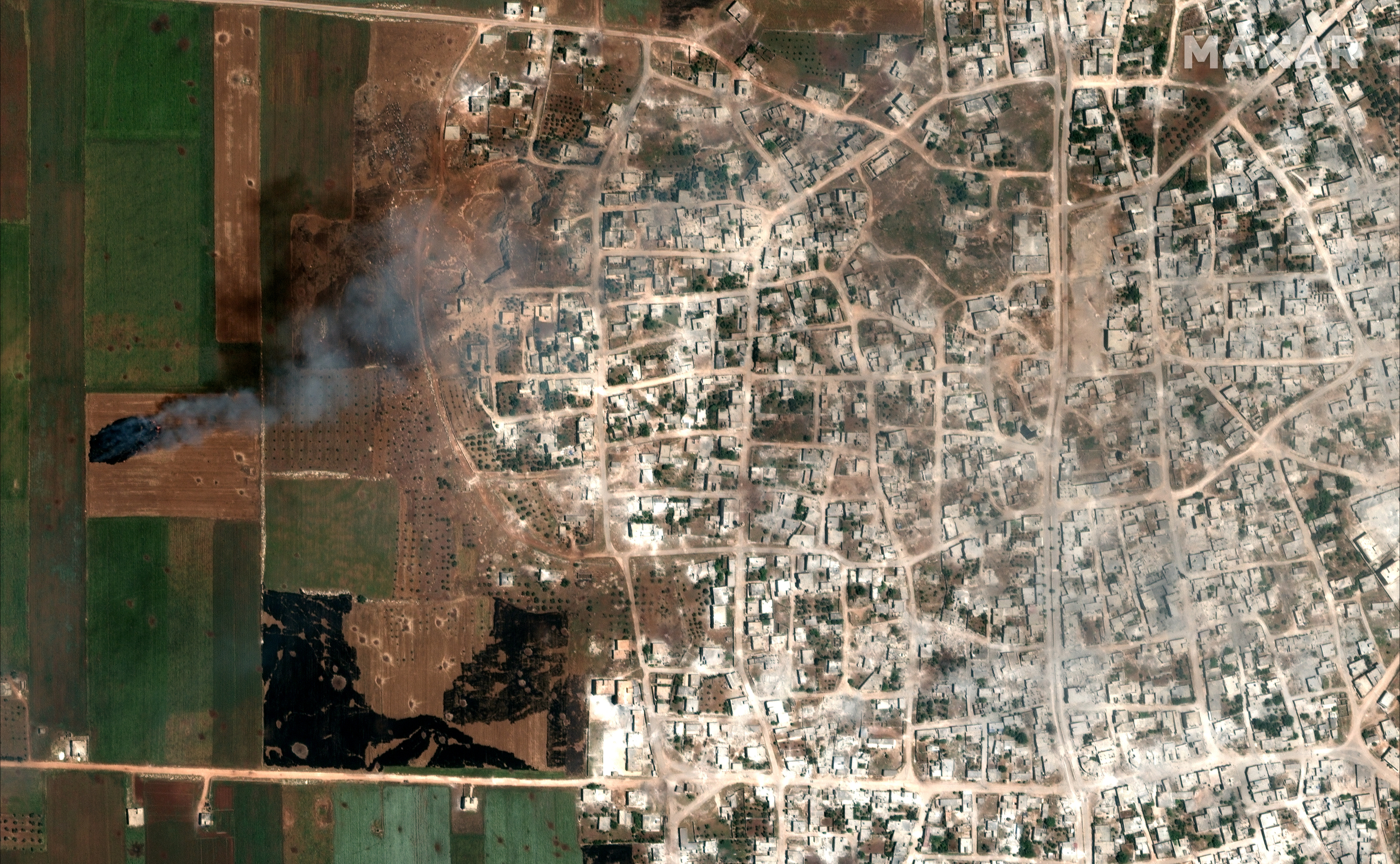 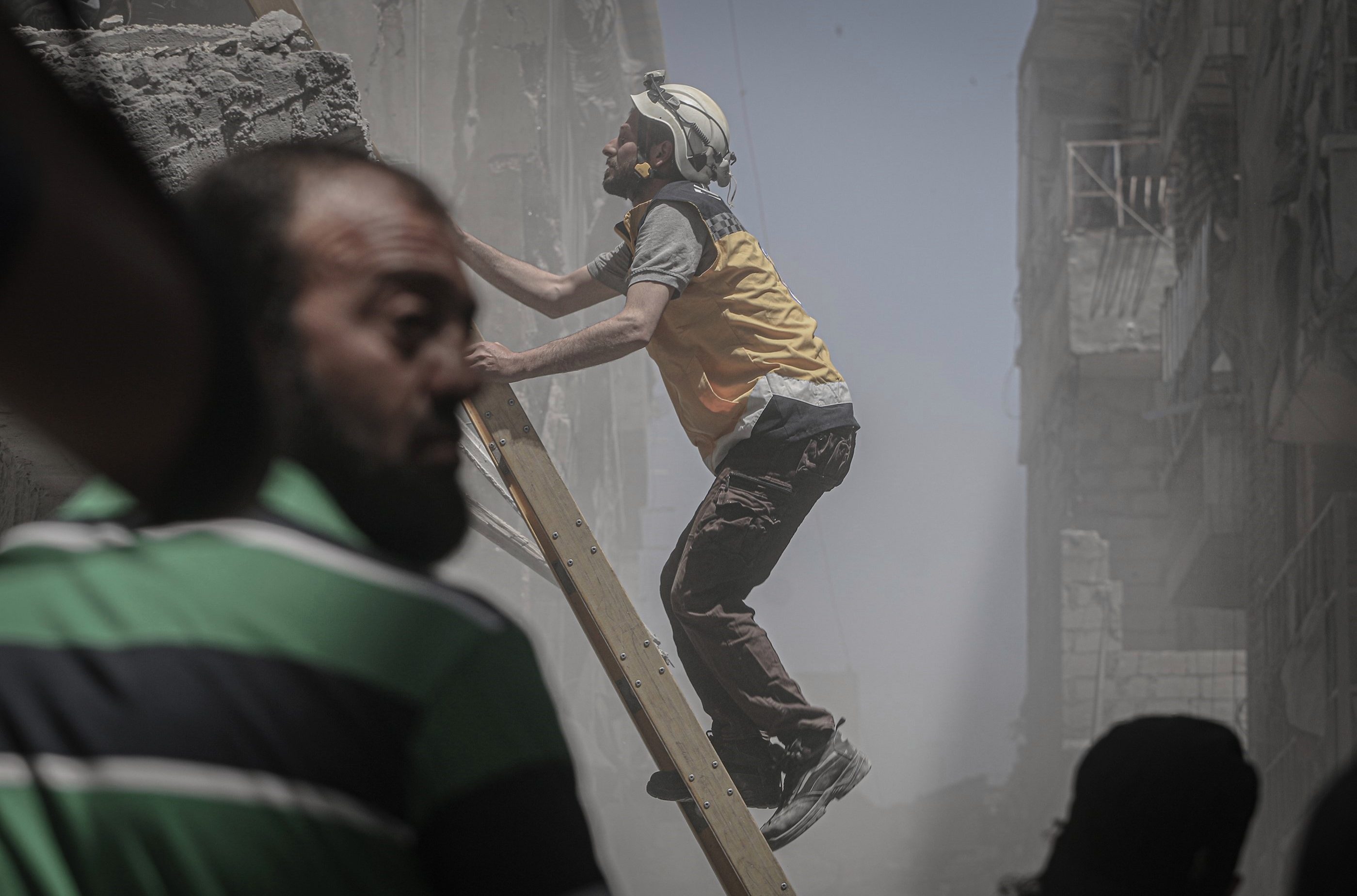 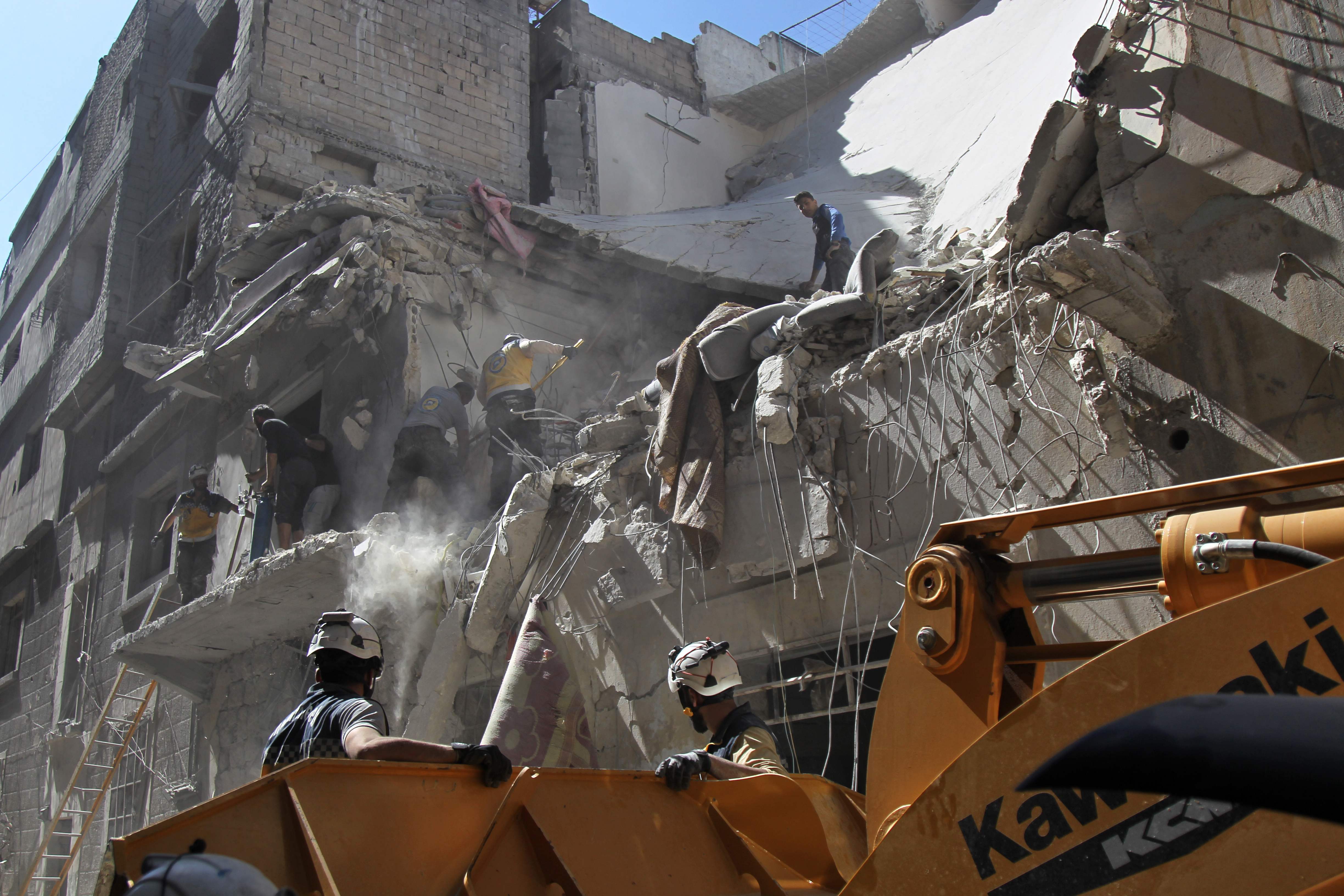