BOLTON Council will ask the government NOT to lift coronavirus lockdown restrictions after a spike in cases.

The restrictions in the Greater Manchester town are due to be lifted in less than 24 hours. 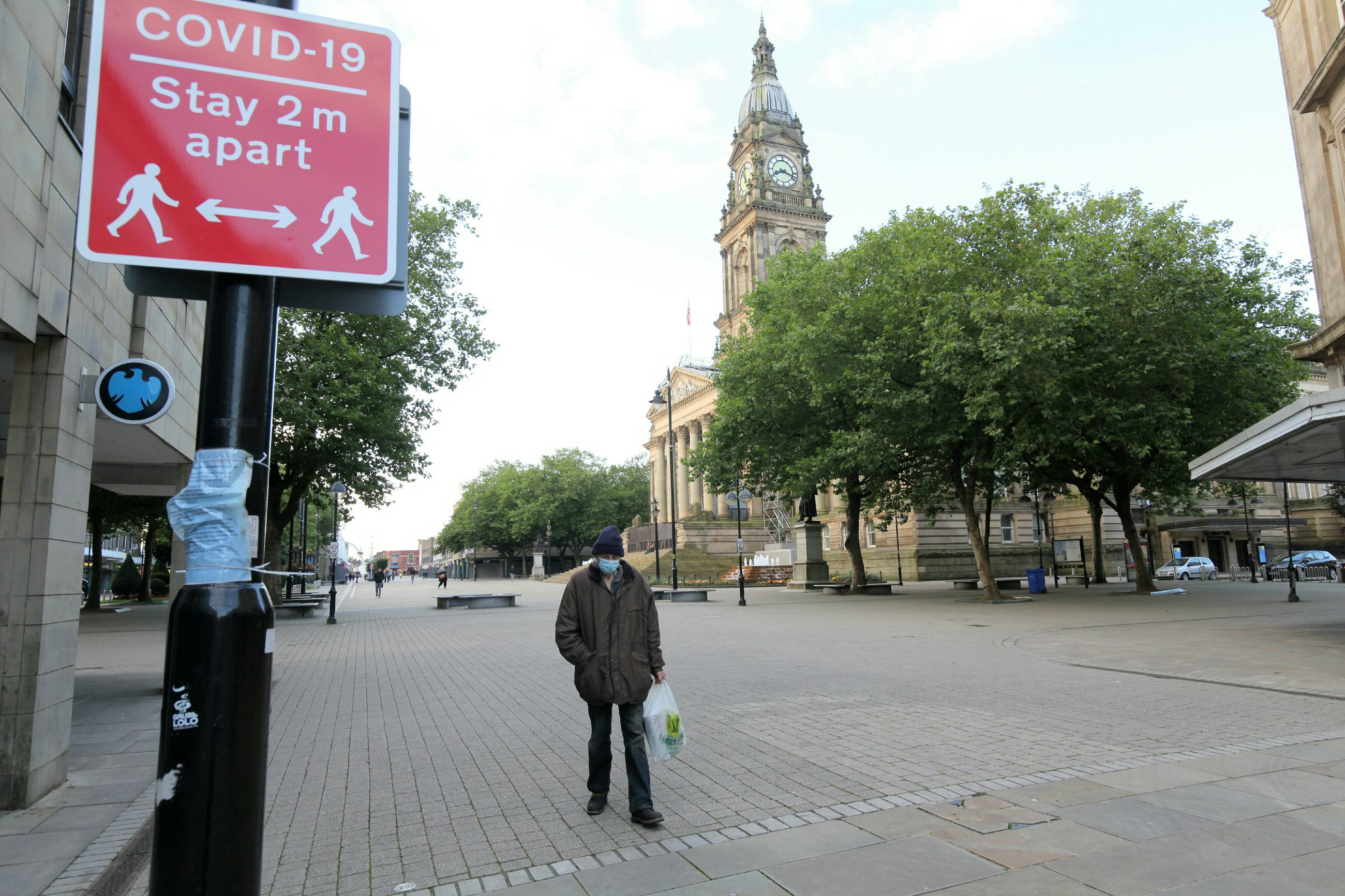 Bolton is one of several areas across England’s north-west that was due to end local lockdown restrictions imposed on July 31.

However, members of the local council alarmed that the rise in cases has seen a rise in the infection rate.

In the week of August 28, Bolton recorded 161 new cases, more than double the previous week.

Data released today by NHS Digital showed the rate in Bolton is the highest in England at 56.4 per 100,000 along with Oldham.

It means the rate of infection has doubled week-on-week, putting an end to a period of relatively low figures.

The Government puts any borough in the country on red-alert – the highest level in place – when the rate goes above 50 cases per 100,000 people.

The decision to lift restrictions in Bolton was announced last Friday.

HERE is a summary of the rates of Covid-19 cases in key areas of England as of August 28:

But daily government data shows 40 new cases were recorded on Bank Holiday Sunday – days before restrictions are planned to be eased.

The rise has prompted Bolton council leader David Greenhalgh to arrange an emergency meeting with council and health officials this morning.

In a statement, he said: “I have been in direct communication with council officers this morning about the concerning, sudden unpredicted rise in positive cases in the borough.

"Health officials are collating the current data to provide the full picture for an emergency meeting for officers and the cabinet, set for first thing in the morning, to examine the data in detail and look at the implications.”

For the time being, those in the specified areas will only be banned from entering the homes of other households.

This means that non-essential shops will remain open and people can still go to pubs and restaurants.

But Mr Hancock has not ruled out further lockdown restrictions should the current measures fail to slow the rise in cases. 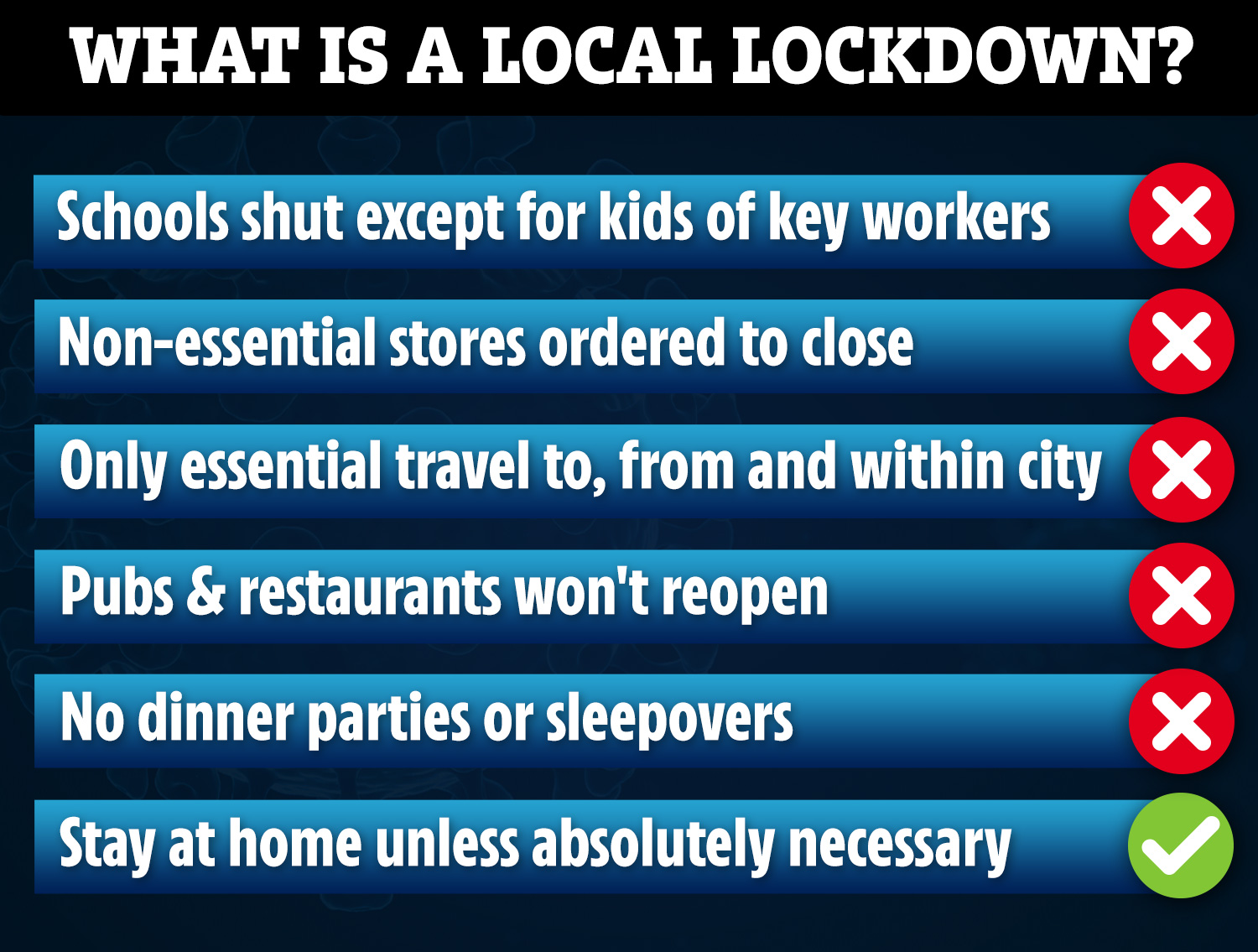 In his statement, he insisted that he was "determined to do whatever is necessary to keep people safe."

Over the past month, residents of Bolton were unable to meet in a private home or garden if they did not live together.

The strict rules also stopped people socialising with others they didn’t live with in indoor public venues such as pubs, restaurants and cafes.

Weddings, civil partnerships and funerals were allowed to go ahead but with a maximum of 30 attendees.

A spokesperson for Bolton Council told the Sun Online: "Bolton Council has asked for additional coronavirus restrictions to remain in place after an unforeseen spike in the local infection rate.

"However, the council has asked for restrictions to remain in place after figures revealed the local infection rate has jumped to 56.4 cases per 100,000.

"The decision would also mean that certain businesses, including those offering close contact services, will not reopen as planned.

"Last week, the government agreed to lift extra restrictions in Bolton, and other areas, due to steadily falling COVID-19 rates.

"But following an emergency meeting it has been requested that the additional restrictions remain until further notice.

"Analysis shows that new cases in Bolton are spread across the borough and are not limited to a single area, community, or place of work.

"Infections between different households appear to be the main cause of the spike with people aged 18-49 representing the overwhelming majority of new cases."