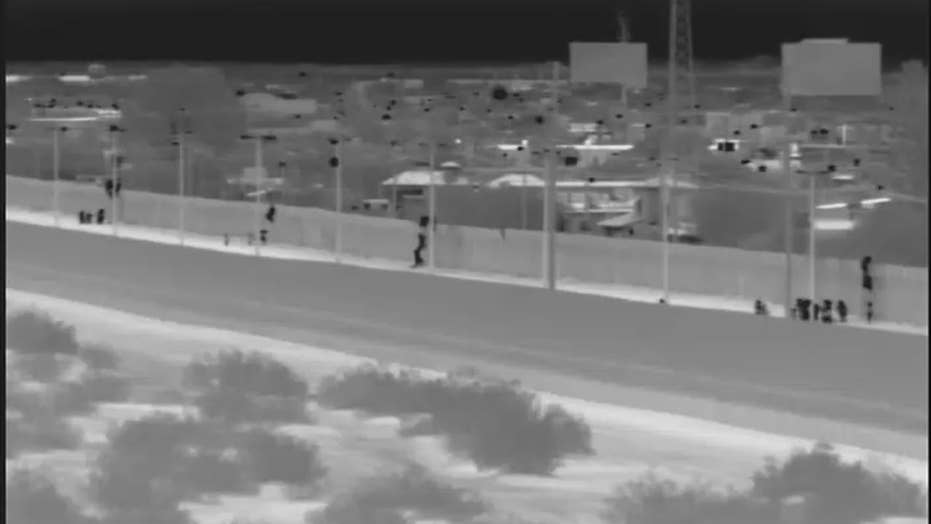 Hours before the sun rises above the horizon, Border Patrol agents in McAllen, Texas, are examining the streets to track down illegal immigrants attempting to cross what is the most heavily trafficked area along the U.S.-Mexico border.

Just minutes into the first hour of their shift, one agent gets a notification on his radio that multiple groups of illegal immigrants can be seen through infrared scanners. The agents hop out of their vans and cross a pair of train tracks into a wet, dewy field, where they find three illegal immigrants hiding in the bushes – one with an injured foot.

The agents pull these immigrants to the side of the road for questioning before they are taken in for processing. What complicates the matter is that U.S. officials say detention centers and holding facilities are at capacity, so many of the illegals seen being arrested will be released — there is just nowhere for them to go.

This pattern continued hour after hour as different groups were continually captured, with dozens of illegals being arrested before 9 a.m. During a 12-hour shift in the Rio Grande Valley sector, a Fox News team witnessed more than 75 apprehensions by these Border Patrol agents – mostly groups of men in the morning followed by more families in the afternoon.

Raul Ortiz, who is the deputy chief of Border Patrol agents, called this business as usual — agents are averaging up to 641 arrests every day.

“The family units will be processed and probably will be released after they receive a notice to appear at an immigration hearing date and the unaccompanied children will be turned over to HHS and placed into a shelter,” said Ortiz, adding that in the Rio Grande Valley alone they are seeing a 300 percent increase in family units crossing the border.

An overwhelming majority of illegal immigrants seized are labeled “OTM” or “Other Than Mexican.” These individuals migrate from countries such as Guatemala, Honduras or El Salvador, and they are coming over in record numbers.

More than 16,000 family members were apprehended last month, which is an 80 percent increase since July, when the Trump administration decided to reverse a zero tolerance policy on immigration.

Most of these immigrants told Fox News they are coming to the United States for work, yet the increasing number of immigrants crossing the border has increased the demand for agents whose work is nonstop – each hour bringing a new group of arrests. This, as thousands of Central American migrants in a human caravan are streaming over the international bridge from Guatemala into Mexico after breaking through metal gates at the border fence.