Boris Johnson drops in on a Year 6 virtual Zoom class

Boris Johnson took on one of the most ‘terrifying assignments politicians can face’ when he answered questions from primary school children via a Zoom call.

The Prime Minister took time out this morning to talk to year six youngsters from St Joseph’s Catholic Primary School in Upminster.

Ahead of questions from the children he said he wanted to get them back to face-face learning as soon as possible, saying Easter and the summer will ‘be much better.’ 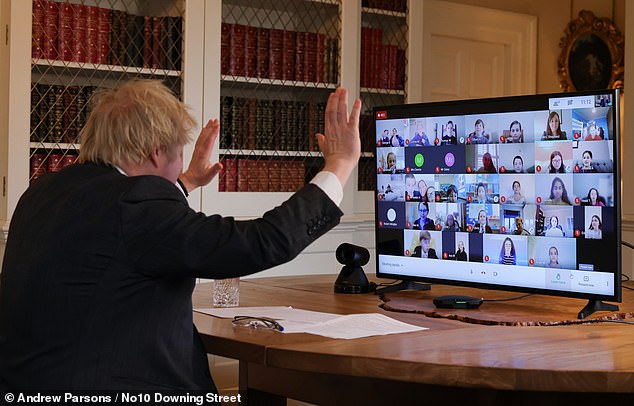 The 56-year-old, who recently had son Wilfred with partner Carrie Symonds, said: “I know you all want to get back to work so I don’t want to hold you up very much.

‘I just want to say I want to get everybody back to school as fast as we possibly can.

‘I want to make sure you can be having these classes face-to-face. We want to do that as fast as we possibly can and that’s why we’re trying to work together to beat this disease to keep it under control and get you back to St Joseph’s School.

‘These are always the most terrifying questions any politician can face because they come from the direct and unmediated from the minds, the pure minds of young people and they are far more deadly than those from any journalist.’

Olivia was the first to pose a question and asked what the most important part of the Prime Minister’s day is.

He answered: ‘I think the most important part of my day is the morning when I decide what the priorities are for the day.’ 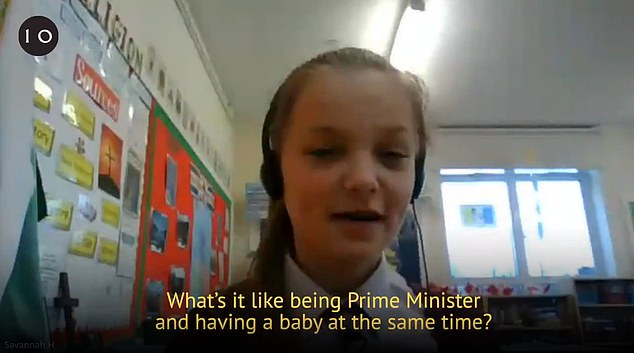 Savannah asked Boris Johnson what it was like being Prime Minister and having a baby, to which he answered ‘both are a lot of work’ 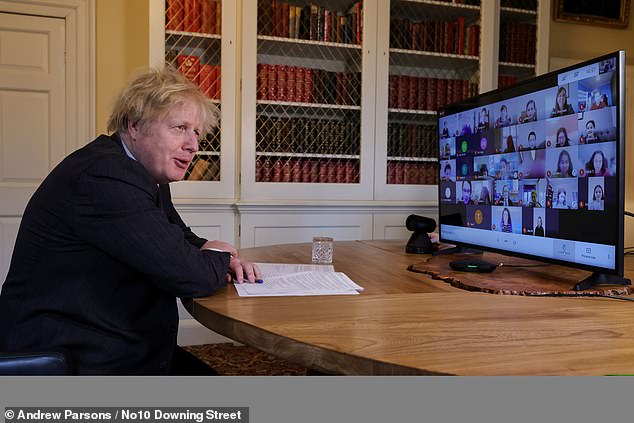 He added there are ‘lots of big things’ that happen during his day, such as visits to Parliament.

Later he was asked by Savannah what it was like being Prime Minister and having a baby at the same time.

He answered: “Both things are a lot of work.

‘I’m so grateful to all the parents who are looking after their kids at home and I think what;s going on at the moment is incredible.

‘And you know I have to do a job. I’ve also got a young child. I can’t believe the effort the country is through at the moment.’